Top 5 Oculus Quest Games You Have to Play 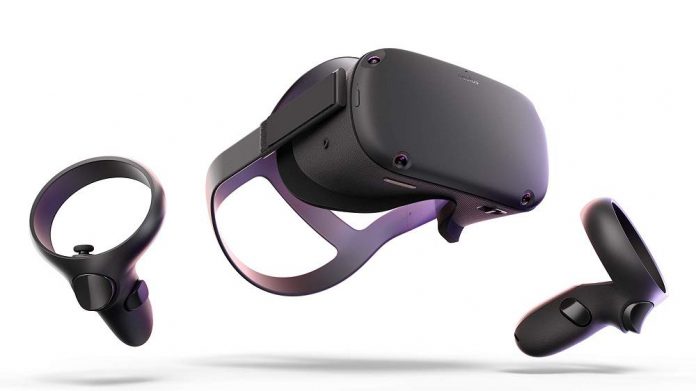 The Oculus Quest and the Oculus Quest 2 has been one of the best VR headsets to buy ever since they were launched. And for good reason – they’ve had the lion’s share of some of the best VR games out there. And for that reason, it makes it hard for me to pick the top 5 games that you should play. There are just too many of them to list in one article.

Ever since Facebook launched their VR headsets back in 2019 (gosh! It seems like it was decades ago), they started off with over 50 apps in their store. And year after year that number kept going up thanks to a decent amount of developer support.

But since the launch of Quest 2 in 2020, the floodgates opened. There has been an avalanche of new content and Facebook doubled down on it too.

This will be a different kind of list though. I have to look at this through a different lens (no pun intended). I have to see if the wire-free gameplay with Quest improves or at least delivers a comparable experience to the wired headsets.

How is the performance and whether it makes me feel as immersed as their wired counterparts. If it does, then this list would have been a LOT longer. But worry not, I’ve got you covered with all the most important games.

If you want to see an in-depth list of all the games without me filtering them out, check out this list by AR/VR Tips.

With regards to this list, I’ve done the research for you. It took me hours to do it, but I have done it. I dove deep into the Quest library, spent the time it took to go through the bad games and whatnot. It took some sweat and elbow grease but here it is.

If you are looking to build out your Oculus Quest library, this is a good place to start.

Here are 5 Quest games you HAVE to play to get the full experience of VR headsets.

To be honest, I’m actually surprised how good this game has held on. It is one of the oldest games on this list but it is still one of the best examples of how a simple game can give you an entirely new experience in VR.

Superhot is a cinematic shooter where time only moves when you do. So if you stop moving everything around you will freeze. But move just an inch of your body and everything else will come back to life.

The main reason why it is considered one of the best games out there is the design. It might not look like much if you are used to playing GTA V on your flatscreen. But when it comes to VR, at first glance, Superhot might look like it is pretty basic.

But the gameplay is buttery smooth. From gun-grabs to accurate knife throws. This game delivers the kind of satisfaction that only a few games have come close to.

Once you get familiar with the gameplay, you’ll realize that you are a superhero whizzing through the map and fragging enemies.

If you are looking for a game that has the best user-interaction and design in VR, this is it. This game sets the bar for every other VR game to another level.

Saints & Sinners delivers an experience that only a few games in the library were able to. This physics-based combat game will have you swinging and stabbing hordes of zombies in no time. And it isn’t just a sandbox game that you will get tired of very soon.

Not at all my friend. Quite the opposite. The gameplay is addictive and that’s one of the best parts about it.

You find yourself going through the ruins of New Orleans. Zombies are not the only threat out there. There are human enemies that you have to be careful of. Along with that, there are side missions.

And if you are feeling like John Wick, you can kill zombies with a spoon too. I wish they would’ve given the option to kill them with a pencil. That would be neat.

When you first start playing this game, you’ll think that it is a papercraft world in which you have to help your little companion through different tasks. Similar to how Farmville was like back in the day.

You’d tickle clams and make art in one of the most peaceful locations. To be honest, it felt like meditation. But it was a game. Interesting isn’t it?

Here’s why it felt like that. Ghost Giant has a thoughtful take on depression with this game. You don’t notice it immediately but you’ll realize that through connection, intimacy, and engaging with characters around you, you are getting closer to them.

If you’re looking for a peaceful game, that almost gives you the feeling of meditation, this is it. Not only that, but it is also one of the unforgettable storytelling games that I have found in VR.

Definitely a game you should try out.

Just like when you get in a new relationship, there’s a honeymoon phase where everything your partner does is either hot or cute. You love every part of them. A similar thing happens when you buy a VR headset.

For the first time in your life, you are able to immerse yourself in an experience that’s nothing else. But after a few weeks or so, it becomes the new normal for you.

Sure, you are now almost always playing games in VR. Now what?

A Fisherman’s Tale is the thing that will spark that initial desire again in you. This puzzle game is unlike anything else you’ll find in the store. I’ll go as far as saying that this is one of the best Oculus Quest and Oculus Quest 2 games out there.

It’s mind-bending, to say the least.

You’ll be solving a puzzle and will be playing with yourself. There’s a miniature model of a lighthouse in the game in which you work.

Lift up the roof of that lighthouse and you’ll find yourself in a miniature form. This character will mimic every movement you make. So try not to poke it in the head because you’ll be poking yourself.

Does this game need any introduction? You saw PewDiePie playing this game along with thousands of other YouTubers. This is one of the most popular VR games out there.

In Beat Saber, you have to slash notes to a beat. Avoid all the obstacles while making sure that you slash all the boxes to make that perfect beat.

If you’re looking to get a quick workout done, this is it. Although, it won’t really count as a workout because you’re just swinging your arms around. But you get the point.

This is one of the most energetic and addictive VR games besides Saints & Sinners.

Definitely one of the first games you should download and play on your Oculus Quest 2.