HomeNewsThe iPhone will soon block all apps from using a unique identifier...
News 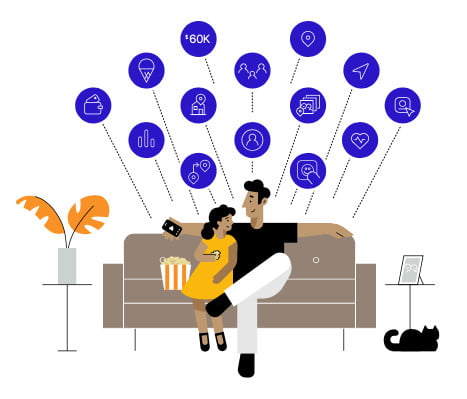 I’d forgive you for not knowing that January 28 is Data Privacy Day, but we shouldn’t be surprised in the least that Apple knew. The company hangs its hat on protecting its users’ privacy, and is all too happy to point out the myriad ways apps, websites, and other companies can hold your data and track you. Following up on announcements made at the Worldwide Developers Conference last year, Apple’s ready to make its next big step in user privacy: Turning off cross-app user tracking by default on the iPhone.

Starting with an upcoming iOS 14 release, Apple will block all apps from tracking users using a phone’s unique IDFA, or Identifier for Advertisers, unless given explicit consent by the user. This has huge ramifications for the ways apps track users to target them for advertising and customization services, and it’s happening in one fell swoop.

You used to have to fight to stop tracking; now, it’ll be off by default.

Think of the IDFA as a fingerprint that identifies you specifically, allowing your usage data to be linked between apps and services. It’s like a browser cookie, only you can’t periodically “clear” it. Once you update your iPhone (or iPad), apps will immediately lose access to that IDFA and have to request access again. You’ll be able to approve use of your IDFA on an app-by-app basis, and if you don’t, the app will have no way to access it. It’s exactly the same as giving apps access to your location, for example.

Better yet, you can revoke access to your IDFA at any time from Settings, just like any other permission. And if you want to go as far as possible, you can even block apps from requesting your IDFA. It’s comprehensive.

Apps will have just one chance to request tracking, and you always have control.

Apple isn’t specifying which update to iOS this will take effect, but says that the functionality will be in place with a Beta release prior to a public launch. Developers shouldn’t be caught off guard by this in the slightest though, given everything Apple’s said in the past and implemented in terms of privacy disclosure requirements.

Apps will have only one chance to request to track you using your IDFA, and Apple says that developers will be able to customize some of the text displayed to explain why they are requesting that access. But apps won’t be allowed to withhold access to features, or offer payment, in exchange for enabling tracking. If developers are found to be subverting the system in any way, they can be at risk of being removed from the App Store.

This change applies to every app on the iPhone and iPad, including Apple’s own, though the consequences for non-Apple apps are substantial. Apps have been built specifically to leverage tracking through the IDFA for advertising targeting — directly or in aggregate — and this change completely upends that model.

We’ll have to wait to see just how apps try and message this change to their users, but I can’t imagine many people will opt to turn on tracking. Unlike giving permission to use the camera, microphone, or location, there isn’t any easily describable user benefit to enabling IDFA tracking. On the face of it, it just looks like the only party to benefit is the app developer.

That’s not to say that apps don’t have other ways of tracking you, of course. Any app that requires a sign-in naturally has the ability to track your activity, particularly if there are multiple apps in use from a single company. There are also considerably advanced technologies that aggregate many seemingly disparate bits of data on people to form patterns and create a profile of a user, which won’t necessarily be thwarted by this change.

The tech-savvy among us have a general understanding that data collected from our web-browsing history and phones can be correlated to paint a pretty detailed picture of who we are, what we do, what we’re interested in, and where we go. But you’d be surprised by how little the average person understands about the situation. Despite the fact that it’s in Apple’s best interest to make this information known, it’s primarily in everyone’s interest to have the broad public understand how much data is collected from us.

On this Data Privacy Day, do just a little reading up on how you’re being tracked online, in apps, and on your devices. You’ll be better off for it.