Home News The best part of CES is missing this year, but there’s a...
News

The best part of CES is missing this year, but there’s a silver lining 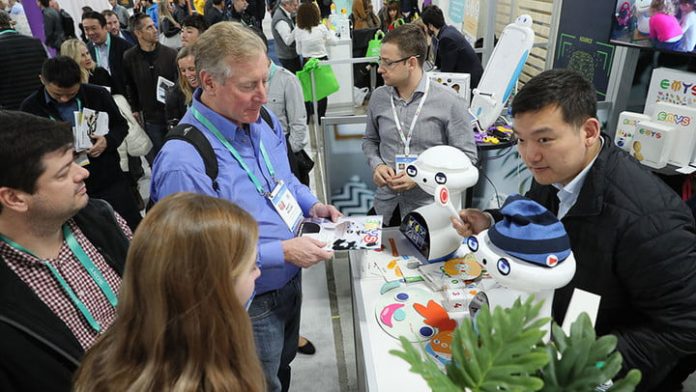 As you’ve probably heard by now, CES 2021 will be completely virtual.

There will be no crowded convention halls, no tech-drenched booths to explore, and no physical element to the show whatsoever. Like many other parts of life these days, this year’s show will be experienced primarily through screens. But that’s not the biggest problem. What I’m far more bummed about is that, as a consequence of going virtual, the best part of the show — the chaotic smorgasbord of startups known as Eureka Park — isn’t happening this year.

The nucleus of new ideas

For those of you who’ve never attended a CES in person, Eureka Park is basically the “budget” section of CES where all the startups congregate. The Consumer Technology Association (the trade organization that puts on CES) started it a few years ago as a way to encourage more scrappy, early-stage tech companies to attend. The idea is that, instead of paying tens or hundreds of thousands of dollars for an extravagant exhibit on the regular show floor, smaller companies can pay a considerably smaller fee to get a considerably smaller, more spartan booth in Eureka Park.

And, boy, do they. For the past few years, hordes of startups have joined the fray and gleefully packed themselves into Eureka Park’s Prius-sized booths to showcase their stuff — including gems like a hydrofoil e-bike, a mosquito-killing laser, and a brain wave-reading prosthetic arm. The lack of elbow room doesn’t seem to bother anyone. In fact, it creates a buzzy and exciting atmosphere, because the only way to stand out in such a densely packed room is to bring something truly unique to the table.

There’s also a kind of sink-or-swim element to it. The CTA’s rules for Eureka Park dictate that no company can exhibit there for more than two years in a row — effectively guaranteeing that there’s a fresh slate of disruptive ideas on display every year. It’s an amazingly potent formula. Nowhere else at CES will you find such a vibrant, dynamic, and truly innovative group of exhibitors as you will at Eureka Park.

But sadly, this mosh pit of venture-backed, crowdfunded, garage-built innovations isn’t happening in 2021. With everyone “exhibiting” online this year,  there’s no way for the CTA to meaningfully separate the lower-paying startups from the bigwig electronics companies. So, it was scrapped. And it was probably a smart move, too, since a virtual CES doesn’t really offer much for startups anyway. Why pay your hard-earned cash for a virtual press event you could probably just do on your own?

And unsurprisingly, that’s exactly what many are doing this year.

Even without Eureka Park, there are still plenty of starry-eyed startups set to unveil their big ideas next week — though not all of them are necessarily involved in CES. This year, I’ve noticed a sizable uptick in companies that aren’t on the exhibitor list but just so happen to be launching new products or services next week — piggybacking, no doubt, on the increased buzz and attention that product launches tend to get this time of year.

This isn’t a new tactic. In fact, it’s relatively common even when CES isn’t virtual. Companies will often opt to save money on show floor space and instead just make an appearance at one of CES’s many satellite events, like Showstoppers, Pepcom, or FoodTech Live!. Others will just snag a suite in a nearby hotel and invite you over for a demo while you’re in the area. You don’t really have to be at CES to be at CES. And that absolutely holds true during a virtual CES as well.

So, don’t worry. Despite the fact that the most fun part of CES has been nixed this year, there’s still plenty of exciting innovation set to surface next week. Just keep in mind that you might have to look beyond CES to find all of it.

The best part of CES is missing this year, but there’s a silver lining

My favorite part of CES -- the crazy, chaotic mosh pit of startups known as Eureka Park -- has been canceled. What does that mean for the show?
Read more

The Los Angeles Rams have had a respectable season, most of the time the team to be feared, but going
Read more

Only one Oculus headset is worth buying these days, so which is it?