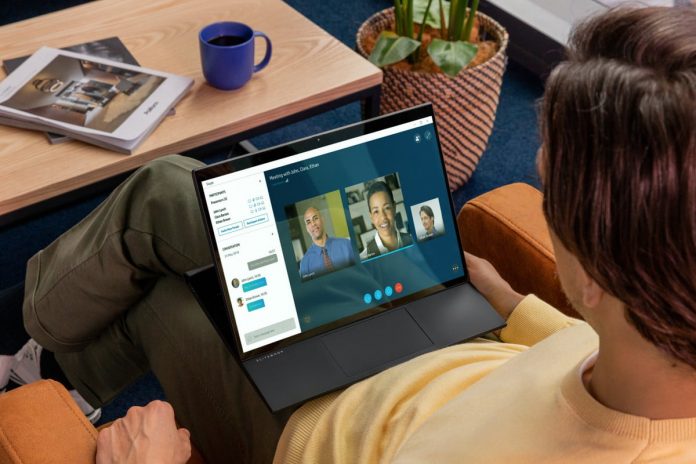 I’m not in Las Vegas, but the all-digital CES 2021 event has no lack of exciting new products to check out. This year, a deluge of new laptops have been launched, ranging from new work-from-home gear to powerful gaming laptops.

So far, the focus has been two-fold: Commercial laptops for remote workers and experimental new form factors for mobile computing. Powered by the upcoming and exciting new components from Intel, Nvidia, and AMD, laptops have never been so interesting.

Here are the ones I am most impressed by so far, and those that I can’t wait to get in for a full review.

HP describes this as a “pull-forward” 2-in-1, meaning the screen can be locked into a more comfortable position as a tablet. HP experimented with this design with the Spectre Folio, a consumer product from a couple of years ago that I was fascinated by. The leather housing and the ability to pull the screen over the keyboard all worked better than it should have.

But this time around, HP has made a number of changes, all for the better. It uses a darker vegan leather, has a taller 3:2 aspect ratio screen, and — most interestingly — it boasts a Qualcomm Snapdragon 8cx Gen 2. ARM processors are becoming more and more common, especially in higher-end commercial laptops like the HP Elite Folio.

The original Samsung Galaxy Chromebook was one of the most exciting Chromebooks announced at CES last year. It was a gorgeous laptop, but it wasn’t exactly practical. The 4K AMOLED screen was a killer on battery life, and the price of $1,000 was more than anyone wanted to pay for a Chromebook.

But the sequel is far more balanced. It has just a 1080p screen, and the screen technology is now QLED, which is great for extending battery life. The price has also been dropped to $699, which is still expensive, but a far more realistic price for a premium Chromebook. The Pixelbook Go has long been my favorite Chromebook, but the Galaxy Chromebook 2 may have a serious chance at dethroning it.

CES 2021 is only getting underway, and there are plenty more laptops still waiting in the wings. Big names like Asus, Acer, and Lenovo have yet to drop their new products, so be on the lookout for those.

Nvidia, Intel, and AMD have yet to announce their latest silicon, which should find its way into new laptops at the show.

As more product announcements are announced, this post will continue to be updated throughout the week with more picks.

The Find X3 Pro has a 60x zoom ‘microscope’ camera, and it’s so much fun