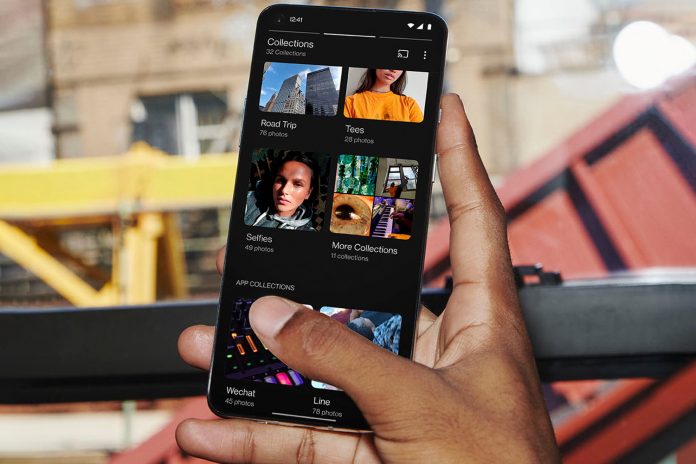 Samsung has long fancied themselves the de facto kings of the modern smartphone. A top of the line Samsung device running cutting edge Android is hard to beat, but in recent years, Chinese smartphone manufacturer OnePlus is certainly giving them a run for their money. Samsung has launched its newest flagship entry with the Galaxy S21 and OnePlus launched its OnePlus 8T in October of 2020. Which is better? We found out.

The Galaxy S21 has the same familiar edge to edge display with front camera notch featured on the Galaxy S20. The body of the newer S21 is thinner than its predecessor but is a bit taller to make up for this. The rear of the new Galaxy S21 features a plastic back on an aluminum frame. For those looking for color options rest assured the S21 comes in four distinct colors.

The OnePlus 8T for its part also features an edge to edge screen with a front camera notch, and a plastic back offered in multiple colors. Both screens have identical resolution and refresh rate as well. With all that said you’d be forgiven for not noticing much of a difference from a display and design standpoint.

However, once we get to durability Samsung pulls ahead with a puzzling omission on the part of OnePlus from their newest device. The OnePlus 8T features no water resistance rating so if you’re one of those people whose phone takes an occasional spill, then the OnePlus 8T is not for you — and it’s enough to give Samsung the edge in the opening round.

While the previous generation of each of these devices featured the same processor, this generation has some disparity thanks to the Galaxy S21 launching with Qualcomm’s Snapdragon 888 which is claimed to be 22% faster than the Snapdragon 865 featured in the OnePlus 8T. Aside from that both devices feature at least 8GB of RAM and are running Android 11, so the majority of day-to-day light use should be close in performance. The Snapdragon 888 will shine, however, in heavy-use situations, like 3D gaming.

While a larger battery and faster fast charging can be nice, the lack of wireless charging and the older processor put the OnePlus 8T behind the Galaxy S21.

A smartphone’s camera is perhaps its most important feature in the modern day. It’s responsible for capturing our lives for social media and our treasured photo albums. Neither the OnePlus 8T nor the Galaxy S21 disappoints in this category, but let’s take a deeper look.

Both devices feature multiple cameras with different apertures and uses. The main cameras on the Galaxy S21 and the OnePlus 8T feature a three-lens and four-lens setup, respectively. The OnePlus 8T features a 48MP wide camera, a 16MP ultra-wide lens, a 5MP macro lens, and a 2MP monochrome depth camera, while the Galaxy S21 features a 64MP telephoto lens, a 12MP wide lens, and a 12MP ultra-wide lens.

We haven’t had much time with the Galaxy S21 yet, but based on previous performances, we’re expecting a solid camera with a lot to offer. Throw Single Take 2.0 and improved software in there too, and you’ve probably got an excellent package. OnePlus’ history with cameras isn’t as good, but the company is improving, and the OnePlus 8T offered a great little snapper. Normally, we’d go with our gut and say Samsung has the edge, but OnePlus’ 8T offers enough that we’re willing to see how this shakes down after our review. It’s a tie.

Both the Samsung Galaxy S21 and OnePlus 8T are running Android 11, the latest version of Google’s smartphone operating system. The Samsung Galaxy S21 comes with the standard Samsung software extras including Samsung Pay, the Bixby voice assistant, and an anti-virus suite of software powered by McAfee. The OnePlus8T similarly brings its own touch to Android 11 with the OnePlus OxygenOS skin on Android which some users might enjoy — and it’s generally our preferred skin.

While both devices will get two years of Android updates as they come, OnePlus’ phones are better known for speedy updates while the Samsung devices are known for being a tad slower.

The software and update experiences on these devices should be fairly similar, but the OxygenOS and the faster updates give the OnePlus 8T a slight edge.

Both the Samsung Galaxy S21 and OnePlus 8T come with pretty standard features for smartphones these days. They’re both 5G compatible, run the latest Android, and sport gorgeous displays. The Galaxy S21 does come with a few extra bells and whistles. The Galaxy S21 has a built-in “remosaic” mode that will digitally stitch together images from the phone’s three cameras to create a 108MP photo, and when combined with the camera’s other software tricks, that’s a lot of fun to play with.

The OnePlus 8T has its own software additions like Zen Mode and a dedicated gaming mode, but the real trick is its signature Warp Charge rapid charging — which can really come in handy when you’re low on battery and in need of a very quick charge.

Neither of these is particularly stand out, but are both something to look forward to whichever device you chose.

Samsung’s Galaxy S21 will launch with a price tag of $799 for the 256GB model. The OnePlus 8T launched with a price of $749. Of course, these prices are for unlocked smartphones, and paying through your carrier could net you a discount.

Truthfully, neither of these devices exactly blows the other one out of the water and their design, camera, and software are awfully similar. That being said, the Samsung Galaxy S21‘s wireless charging, high-speed capture, optical zoom, and more powerful Snapdragon 888 processor give it the edge over the OnePlus 8T, meaning it’s the phone you should probably buy.

However, if you’re a fan of OnePlus’ software and its super-fast charging, then you shouldn’t feel guilty for picking up the 8T. Either phone is a great choice, but, for our money, the Samsung Galaxy S21 is the stronger of the two.