Samsung Galaxy S21 Ultra vs. Galaxy S20 Ultra: Is it a major upgrade? 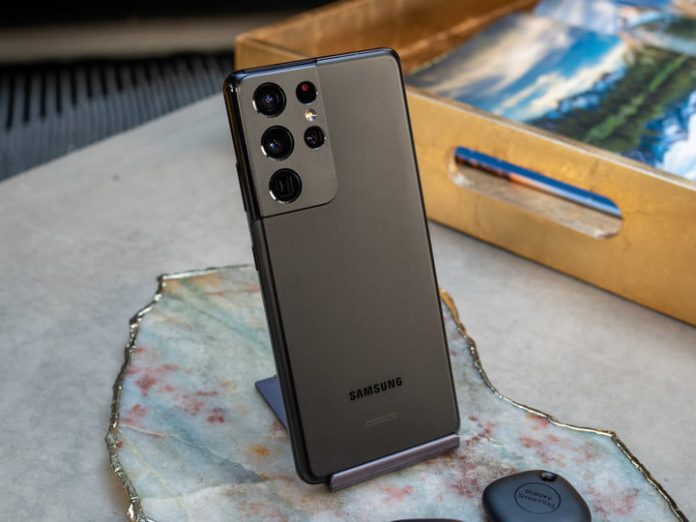 Each New Year presents us with yet another variation on a familiar dilemma: should I stick with my model of smartphone, or should I upgrade to the newer, trendier model? This is the predicament presented to us by the Samsung Galaxy S21 Ultra, which usurps 2020’s Galaxy S20 Ultra as Samsung’s highest-end phone that isn’t technically a phablet (i.e., the Galaxy Note 20 Ultra). It introduces a faster processor, an extra rear camera lens, a refreshed design, and support for the S Pen, building on the excellent battery life, display, and software (among other things) of the S20 Ultra.

As nice as these additions are, does it make the Samsung Galaxy S21 Ultra better overall than the S20 Ultra? We compare the two phones to find out, weighing up their specs and various features to see which, on balance, is the best Samsung flagship you can currently buy.

Viewed from the front the Samsung Galaxy S21 Ultra and S20 Ultra don’t look massively different. The S21 Ultra has slightly thinner bezels, which in addition to the slightly smaller screen (6.8 inches versus 6.9 inches) allows it to be fractionally less tall. When you turn both phones over, however, you’ll see a fairly glaring difference: The S21 Ultra comes with a redesigned camera bump, which curves and sinks into its actual frame, making the bump look more discreet. It’s definitely an improvement, even if the extra camera lens can make things look a little busy.

The actual displays of each phone don’t differ all that much from each other. They both offer the same number of pixels, 3200 x 1440, which means that the S21 Ultra packs slightly more pixels per inch. They also support HDR10+, as well as a 120Hz refresh rate. That said, the S21 Ultra has an adaptive refresh rate that ranges from 10Hz to 120Hz, something which helps preserve battery power.

Both phones have an IP68 rating, letting you submerge them in shallow water for as many as 30 minutes without suffering damage. The S21 Ultra’s touchscreen uses Gorilla Glass Victus, so it’s likely to be a little more durable over the long term. Combined with the retouched design, we’re going to give a very narrow win to the newer model.

It’s the Qualcomm Snapdragon 888 which powers the Galaxy S21 Ultra, offering faster performance than the S20 Ultra’s Snapdragon 865. This is largely because it uses smaller transistors than the 865 (5nm compared to 7nm), allowing it to run more efficiently. Both phones come with a heft 12GB of RAM, so you’ll still enjoy plain sailing with the S20 Ultra, even if there is a measurable difference.

Things are pretty much equal as far as battery life is concerned, with both phones housing a 5,000mAh cell. Our review of the S20 Ultra found that it can easily last a full day of use, even when you use its 120Hz refresh rate regularly, so we’re expecting something similar for the S21 Ultra. That said, the S21 Ultra doesn’t actually come with a charger out of the box, so you will either have to have one already or buy a new one. Fortunately, the S20 Ultra does come with a charger, although unlike the S21 Ultra it also supports 45W fast charging (in addition to 25W fast charging), for which you will need to buy a compatible charger separately.

Even though the S21 Ultra is a little faster, the inclusion of a charger and a MicroSD slot means we’re giving this round to the S20 Ultra.

In theory, this should provide better, more usable results when taking shots that are highly zoomed in. With the S20 Ultra, high-zoom shots became something of a pixellated gimmick after you passed a certain threshold. Hopefully, the inclusion of the 10x periscope telephoto lens should provide more clarity and definition, although we will need to confirm this in a full review before forming any conclusions.

Either way, both phones will serve very well as cameras, taking colorful, dynamic photos in most conditions. The S20 Ultra did launch with some overexposure issues, but these were corrected in software updates, although low-light photos still compare a little unfavorably to certain rivals (e.g. the iPhone 11/12 Pro and Pro Max). We’re hoping the S21 Ultra will improve on this, and with its inclusion of new camera modes — including Vlogger’s View and Director’s View — we’re giving this round to it.

The S21 Ultra and the S20 Ultra both run Android 11 with Samsung’s One UI 3.0 over the top. It’s simpler and cleaner than other Android skins and also easier to use one-handed, while One UI 3 brings the ability to long-press on apps to see their associated widget options, among other new features.

Since they’re both Samsung devices, the software update schedule for these phones will likely be identical, so no phone has the advantage here. A tie.

Both the S21 Ultra and S20 Ultra support 5G networks, including the fastest mmWave networks, so there’s no doubt both are future-proofed.

However, the Galaxy S21 Ultra heralds a first for an S series phone, namely support for the S Pen. This is Samsung’s own proprietary stylus which, up until now, could only be used (in a smartphone) with the Note series. Functionality is admittedly reduced a little with the S21 Ultra (e.g., no Bluetooth support for gestures), but you can do pretty much all of the main things you’d use an S Pen for, including taking notes, marking up documents, and sketching/drawing.

Aside from that, the S21 Ultra introduces the aforementioned Vlogger’s View — which lets you shoot using the front and rear cameras at the same time — and also Director View’s, which lets you switch between the different rear cameras while shooting film by tapping on thumbnails showing each camera’s feed.

As welcome as these additions are, the S21 Ultra falls down a little in one fairly important area: it doesn’t come with a charger, unlike the S20 Ultra. This won’t be an issue if you’ve owned a recent Galaxy S phone, but if you haven’t, you will be required to pay around $25 if you want an official Samsung charger.

This slip-up aside, the S21 Ultra does have the edge when it comes to special features, largely because of its newfound S Pen-compatibility.

The Samsung Galaxy S21 Ultra begins from $1,200 and can be pre-ordered from Samsung, with the phone going on general release on January 29. It will be supported by all major carriers and sold pretty much everywhere you’re likely to check out for phones.

Samsung no longer sells the S20 Ultra on its website, although you can still find it at a variety of big retailers and carriers. It officially began from $1,400, yet we’ve seen it for less on places like Amazon and Best Buy.

It may have taken a couple of steps backwards (e.g., no MicroSD card or included charger), but the Samsung Galaxy S21 Ultra is undoubtedly an improvement over the S20 Ultra. Its design revamp is attractive, it benefits from an adaptive refresh rate, it includes an improved dual-telephoto lens setup, and it includes support for the S Pen. It also makes use of a faster processor, and even though it doesn’t include a MicroSD card slot, many people never use it, so it isn’t a fatal omission.

That being said, if you can find an S20 Ultra at a lower price than the S21 Ultra, it may be worth picking up. It remains a powerful and beautiful device, so you’d hardly suffer for sticking with it and skipping a generation.