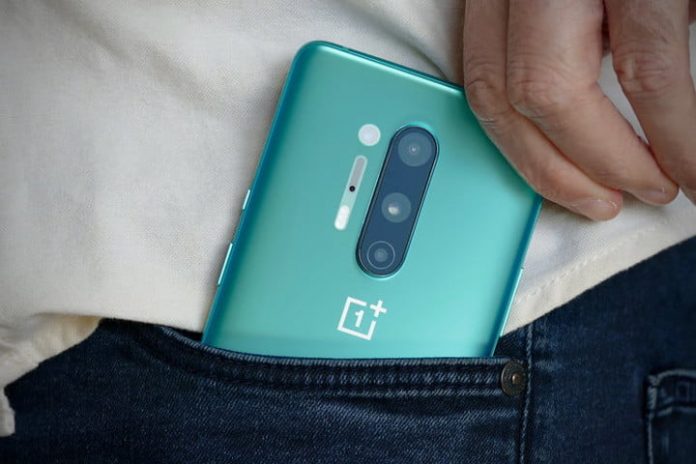 The Samsung Galaxy S21 Plus is a big, powerful flagship that doesn’t quite break the bank, given that it’s priced at $1,000. It takes everything good about this year’s S21 and offers a generous 6.7-inch screen, as well as a very capacious 4,800mAh battery. It’s a fantastic all-round Android phone, but 2020 was an extremely busy year when it came to great Android all-rounders, with the OnePlus 8 Pro being another stronger contender in the field.

To find out which of these two devices is the best, we compare them in a thorough head-to-head comparison test. We look at their specs, displays, designs, performance, cameras, and special features, and in the end, we reach a verdict as to which is the best sub-$1,000 Android overall.

The Samsung Galaxy S21 Plus (like the other two S21 models) is arguably the best-looking phone Samsung has ever released. Flaunting an edge-to-edge screen with a punch-hole selfie camera at the top, it also incorporates even narrower bezels, meaning that its front is pretty much all display. To top this off, it also includes a redesigned camera bump, the side of which merges seamlessly into its frame. It looks stunning, and while the OnePlus 8 Pro is certainly no pig, it falls just a little short, even if it’s a touch lighter to hold.

On the other hand, the OnePlus 8 Pro has a noticeably better screen. With a resolution of 3168 x 1440 pixels, its 6.78-inch Fluid AMOLED screen packs 513 pixels per inch, providing a great level of detail, color, and clarity. The S21 Plus’ 6.7-inch Dynamic AMOLED display doesn’t really measure up to this, housing 2400 x 1080 pixels, which makes for only 394 ppi. Both phones also boast a very impressive 120Hz refresh rate, which really pushes the OnePlus 8 Pro’s screen over the edge as far as quality is concerned.

Both phones are IP68 certified, indicating that they can stand immersion in shallow water for up to 30 minutes. The S21 Plus also uses Gorilla Glass Victus for its screen, making it a little more durable than the 8 Pro’s screen, which uses Gorilla Glass 5. Still, with a superior display, OnePlus’ device swings things back in its favor, so this opening round is a tie.

The S21 Plus contains the very new and very powerful Qualcomm Snapdragon 888, which in benchmark tests has comfortably outdone the OnePlus 8 Pro’s Snapdragon 865. Unfortunately, S21 Plus comes with only 8GB of RAM, while the OnePlus 8 Pro provides you with 12GB if you buy the version with 256GB of storage. However, the impact on performance should be fairly minimal, and you’ll generally only see the difference if you’re juggling resource apps a lot.

As stated above, you can buy the OnePlus 8 Pro with 256GB of internal memory, although it does come with 128GB as standard. The same goes for the S21 Plus, although its 256GB version will cost you $1,049, whereas we’ve seen the 256GB OnePlus 8 Pro for close to $900 on sites such as Amazon. Both phones don’t come with a MicroSD card slot, so you’ll need to be somewhat economical with your usage of storage space.

We haven’t reviewed the Galaxy S21 Plus yet, but we’re fairly confident that its 4,800mAh battery will easily provide you with a full day of juice, even under heavy usage. That said, our review of the OnePlus 8 Pro found that its 4,510mAh is incredibly long-lasting, losing only 25% of its capacity after a day of moderate use. As such, we think the two phones will be more or less equal in terms of daily lifespan, although a full test of the S21 Plus may prove otherwise.

While the OnePlus’s specs are impressive, the newer Galaxy S21 Plus pulls ahead with a strong processor.

Wait, a “color filter” lens: What’s that? Well, it’s pretty much a gimmick, letting you invert the color scheme of your photos, giving them a kind of dusty sepia hue. You may enjoy it for a few minutes, but it’s unlikely you’ll use it repeatedly. Nonetheless, the rest of the 8 Pro’s setup is excellent, with its main camera enabling an impressive dynamic range and an ideal balance of color saturation. Meanwhile, its night mode does a good job of brightening low-light scenes.

If the S20 Plus is any guide, the S21 Plus will also be a very good all-around camera phone. Its lens will almost certainly let you take nice photos in most environments, while its telephoto lens should be better for zoomed shots than the 8 Pro’s. However, its low-light shots were a touch inconsistent, while edge-detection in portrait mode was sometimes inaccurate. It can also oversaturate shots, although software updates since its launch have smoothened out such issues.

In other words, we can most likely expect the S21 Plus to be an improvement on its predecessor, offering a better overall camera experience with fewer niggles. It also includes several nice software additions, such as Vlogger’s View and Director’s View, which open up some new creative possibilities. Nonetheless, without testing it we can’t say with any confidence as to which is better as a camera.

The Galaxy S21 Plus runs on One UI 3, which is Samsung’s very own skin of Android 11. The OnePlus 8 Pro also runs on Android 11, although in this case it’s overlaid with OxygenOS 11. Both mods are highly usable and practical, with One UI providing a very high level of customizability and OxygenOS providing a very fast and uncomplicated experience. Each has its own strengths, so we wouldn’t want to decide in favor of one or the other.

When it comes to updates, you’re likely to find that the OnePlus 8 Pro may receive new Android versions a little quicker than the S21 Plus. It received Android 11 in October, around a month after Google released it, whereas the S20 Plus received the new OS in December. As such, we’re giving a narrow win to the OnePlus 8 Pro.

The Galaxy S21 Plus and OnePlus 8 Pro both support 5G. Unfortunately, the OnePlus 8 Pro doesn’t support the faster mmWave band, while the S21 Plus does. 5G is hardly ubiquitous at the moment though, so this difference may not be especially consequential for a while yet.

Aside from that, both phones aren’t overflowing with truly notable special features. The OnePlus 8 Pro does feature two gaming modes, including a Fnatic mode for more enthusiastic gamers which raises available CPU, GPU, and RAM by turning off unnecessary applications. It also comes with OnePlus’ Zen Mode, which disables all of the phone’s functions, save for the ability to make or receive calls and take photos.

However, because it lacks full 5G support, these welcome modes are canceled out. This round is another tie.

The Samsung Galaxy S21 Plus starts at $1,000 and can be pre-ordered from Samsung, with the device on general release from January 29. It will be supported by all major carriers and sold from most major retailers.

The OnePlus 8 Pro starts at $899, while its 256GB version (with 12GB of RAM) is officially priced at $999. However, you will likely find it online on places such as Amazon and Best Buy for less.

The categories are tied for now, but as we think most people will value performance over update speed, the Galaxy S21 Plus wins — just. The OnePlus 8 Pro offers a superior screen, faster updates, similar performance, a great all-around camera, and helpful special features, and when you add in the $200 price difference, it could be that you decide to pick the OnePlus phone. The only exception to this would be if you prize 5G, and in particular mmWave 5G, since only the S21 Plus offers this. It’s such a close fight, but the Samsung phone just squeaks ahead for us.