HomeComparisonSamsung Galaxy S21 Plus vs. Galaxy S20 Plus: What did Samsung add...
Comparison

Samsung Galaxy S21 Plus vs. Galaxy S20 Plus: What did Samsung add to the Plus? 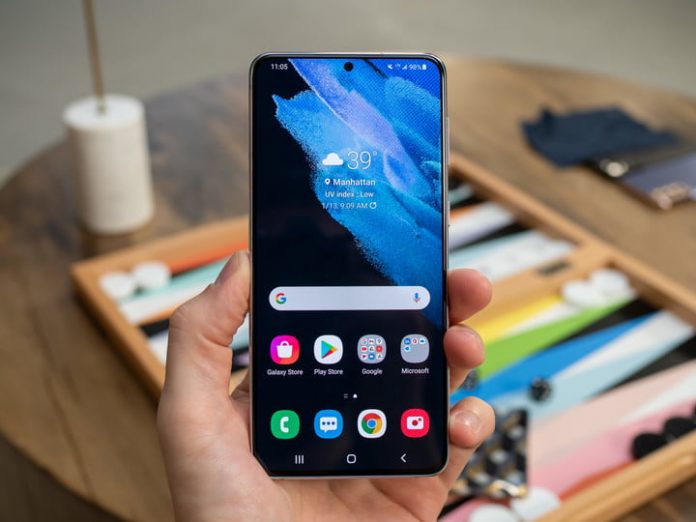 Samsung’s phones for 2021 have arrived, with the standard Galaxy S21 and the super-deluxe S21 Ultra probably attracting most of the attention. However, Samsung also unveiled a phone that sits halfway between these two in terms of price and size, the Galaxy S21 Plus. It keeps the same processor as the S21 (and the S21 Ultra), but adds a bigger screen than the S21 and also a bigger battery. It is, to put it simply, an S21 for people who want extra size.

However, assuming that Samsung fans want a Galaxy S phone with a 6.7-inch screen and a hefty battery, they still have last year’s Galaxy S20 Plus to consider. It also offers a beautiful display, a beefy processor, and a powerful camera, while it also comes with a MicroSD card slot for those who need extra storage space.

Given that it also comes with a charger (and the S21 Plus doesn’t), it’s arguable that it’s still the better phone, despite being a year older. To test this theory, this article puts the Samsung Galaxy S21 Plus and S20 Plus through a rigorous head-to-head, comparing their specs, displays, designs, performance, camera, special features, and price. This should help you decide which is the best for you.

When we reviewed the S20 Plus last year, we weren’t entirely impressed by its unadventurous design. Fortunately, the S21 Plus has improved things this time around, namely by introducing a new rear camera bump that slopes into the side of its frame. Not only does it look quite unique, but it also makes the module seem less obtrusive, so it’s definitely an improvement overall. The phone also makes use of slightly narrower bezels around its screen, so it’s safe to say it is a little more attractive than its predecessor.

Both phones carry an IP68 rating, so given that the S21 Plus is more pleasingly designed while the S20 Plus offers a better display, this round is a tie.

Evaluating performance here is tricky. The Galaxy S21 Plus has a newer and more powerful processor, the Qualcomm Snapdragon 888 (as opposed to the 865), yet it comes with only 8GB of RAM, while the S20 Plus boasts a hefty 12GB (so long as you buy it in the U.S.). This may cancel out the advantage the S21 Plus gains from a more capable processor, but in practice, you’re going to find that both phones handle the latest games and apps as well as each other anyway.

The situation grows bleaker for the S21 Plus since it doesn’t contain a MicroSD card slot, while the older S20 Plus does. Both ship with 128GB of internal memory as standard, but the S20 Plus’ ability to read MicroSD cards means that it can be boosted to 1TB of memory.

One advantage the S21 Plus does have is that it houses a bigger battery, at 4,800mAh compared to 4,500mAh. The S20 Plus’ battery was already reliable enough, lasting you more than a full day even under heavier use, so with the extra 300mAh we expect the S21 Plus to be even more dependable. However, without fully testing the phone, we can’t say this for sure, and with the S20 Plus providing a MicroSD card slot, we’re giving this round to the older Samsung for now.

Looking only at the specs, the Samsung Galaxy S21 Plus and S20 Plus offer exactly the same camera. The S20 Plus makes do with a 12-megapixel main lens, 64MP telephoto lens, and a 12MP ultrawide lens, and so does the S21 Plus.

As our review of the S20 Plus found, its camera takes very good photos in most situations. That said, it’s let down by a number of software-based inconsistencies, such as occasionally poor edge-detection in portrait mode, as well as a tendency towards oversaturation. Samsung is promising that software tweaks will save the S21 Plus from these weaknesses, but without a full test we can’t confirm this.

The S20 Plus and the S21 Plus both run Android 11, albeit with Samsung’s One UI 3.0 over the top. This streamlines the overall Android UX to a degree, while also providing a good level of customization and a few tweaks over One UI 2.0 (such as the ability to long-press apps to quickly view available widget options).

Both phones will also deliver updates to users at the same rate, given that they’re both Samsung devices. In the past, Samsung has had a less-than-stellar reputation for rolling out Android updates in a timely manner. Luckily, it seems to have improved this situation in recent months, needing only three months or so to bring Android 11 to the S20 lineup of phones.

Both the Samsung Galaxy S21 Plus and S20 Plus support 5G, including support for the faster mmWave band. This is great for anyone lucky enough to live near a 5G network, even if the rest of us still probably has some time left to wait.

Unfortunately, the S21 Plus doesn’t feature support for the S Pen, unlike its more expensive sibling, the S21 Ultra. It does, however, provide a few new camera features, such as Vlogger’s View and Director’s View. The first of these lets you shoot video using the front and rear cameras at the same time, while the second lets you shoot video while being able to see thumbnails of the feeds from the lenses you aren’t currently using, so that you can switch quickly between them whenever desired.

Despite this welcome addition, the S21 Plus has a simple but irritating downside: it doesn’t ship with a charger in its box, unlike the S20 Plus. This won’t be a problem if you already have a compatible charger, but if you don’t, you’ll need to spend around $25 extra.

The Galaxy S21 Plus is available to pre-order from Samsung and will go on general release from January 29. It starts at $1,000, and will be supported by all major carriers and sold pretty much everywhere.

The S20 Plus originally launched at $1,200, although it’s no longer available from Samsung’s official store. Still, you can find it online via third-party sellers such as Amazon and Best Buy, and you’ll almost certainly find it at a discount compared to its launch price.

It may look more contemporary and desirable, but the Samsung Galaxy S21 Plus loses out here to its older sibling, the S20 Plus. The S20 features a more vivid and impressive display, basically the same camera, basically the same performance, strong battery life, and it comes with a MicroSD card slot for extra storage. Given that the S21 Plus doesn’t introduce major advances beyond a new design and a slightly faster processor (which you may not notice), it’s hard to justify taking the plunge on it rather than the S20 Plus, assuming that you can find the older phone cheaper online.

Facebook
Twitter
Pinterest
WhatsApp
Previous articleShould you upgrade from your Galaxy S20 Ultra to the new S21 Ultra?
Next articleOlder TCL TVs won’t be updated to Google TV ― will get Android 11 instead
- Advertisment -