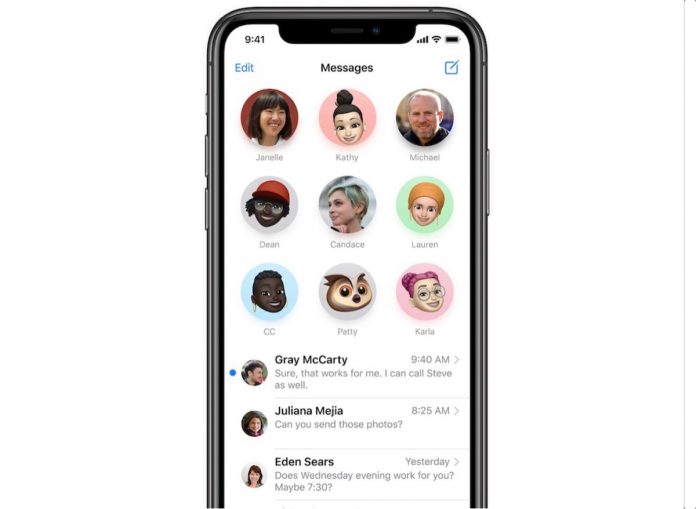 iOS 14 added a new “BlastDoor” sandbox security system to iPhones and iPads to prevent attacks carried out with the Messages app. Apple didn’t share information on the new security addition, but it was explained today by Samuel Groß, a security researcher with Google’s Project Zero, and highlighted by ZDNet.

Groß describes BlastDoor as a tightly sandboxed service that’s responsible for parsing all of the untrusted data in iMessages. A sandbox is a security service that executes code separately from the OS, and this one operates within the Messages app.

BlastDoor takes a look at all incoming messages and inspects their content in a secure environment, which prevents any malicious code inside of a message from interacting with iOS or accessing user data. 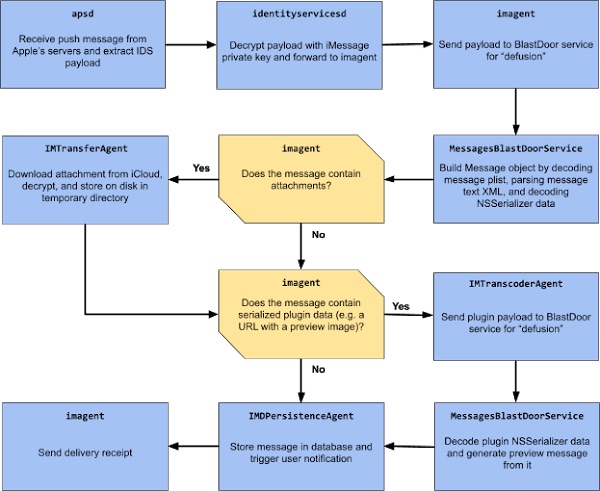 As can be seen, the majority of the processing of complex, untrusted data has been moved into the new BlastDoor service. Furthermore, this design with its 7+ involved services allows fine-grained sandboxing rules to be applied, for example, only the IMTransferAgent and apsd processes are required to perform network operations. As such, all services in this pipeline are now properly sandboxed (with the BlastDoor service arguably being sandboxed the strongest).

The feature has been designed to thwart specific attack types, such as those where hackers used shared cache or brute force attacks. As ZDNet points out, security researchers have been finding iMessage remote code execution bugs over the past few years that could allow an iPhone to be infiltrated with just a text, which BlastDoor should address.

Groß found the new ‌iOS 14‌ feature after investigating a Messages hacking campaign that targeted Al Jazeera journalists. The attack wasn’t working in ‌iOS 14‌, and investigating why led to his discovery of BlastDoor.

According to Groß, Apple’s BlastDoor changes are “close to the best that could’ve been done given the need for backwards compatibility,” and will make the iMessage platform significantly more secure.

This blog post discussed three improvements in ‌iOS 14‌ affecting iMessage security: the BlastDoor service, resliding of the shared cache, and exponential throttling. Overall, these changes are probably very close to the best that could’ve been done given the need for backwards compatibility, and they should have a significant impact on the security of iMessage and the platform as a whole.

It’s great to see Apple putting aside the resources for these kinds of large refactorings to improve end users’ security. Furthermore, these changes also highlight the value of offensive security work: not just single bugs were fixed, but instead structural improvements were made based on insights gained from exploit development work.

Those interested in the full rundown on how BlastDoor works can visit the Project Zero blog post on the subject.
This article, “iOS 14 Features New ‘BlastDoor’ Messages Security System” first appeared on MacRumors.com