Home How to How to use Dual Messenger to run two WhatsApp accounts on your...
How to 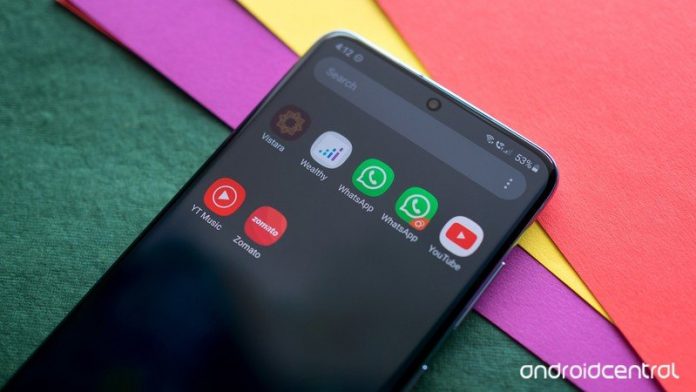 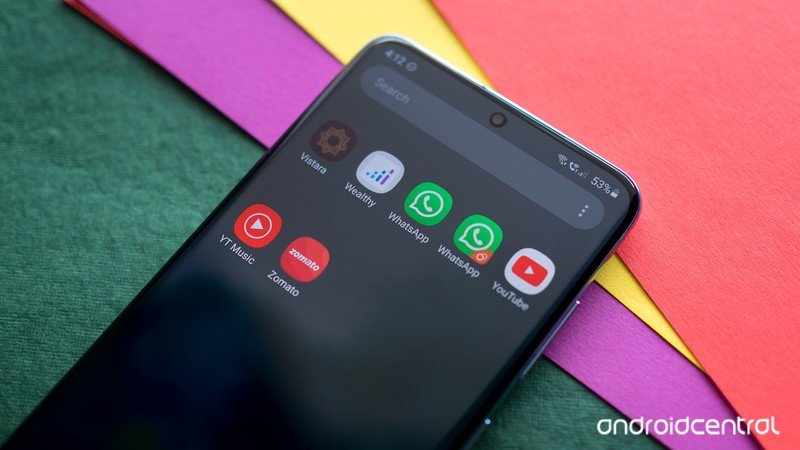 Dual Messenger is an incredibly useful tool that lets you run two instances of a messaging service on the same phone. So if you have two Facebook or Telegram accounts or use two phone numbers with WhatsApp, the feature is bound to come in handy. Here’s how you can set up and start using Dual Messenger on your Galaxy phone.

What is Dual Messenger, and how does it work?

Dual Messenger is available on all Galaxy phones running One UI. The feature essentially works by cloning a messaging app so that you can run a second instance of it on your phone. That way, you can use two Facebook or WhatsApp accounts on the same phone, making it that much more convenient.

Before we get started with how to use Dual Messenger, there are a few points to note. You can’t manually add an app; if it doesn’t show up in the list of available apps that can be cloned, you won’t be able to use the feature with it. Dual Messenger works with popular messaging services, and you’ll find Facebook, WhatsApp, and Telegram on the list.

Because Dual Messenger essentially clones an existing app, you can’t delete that app if you want to use its clone. Deleting the main app also uninstalls the cloned version, so be sure you don’t unintentionally delete the primary app.

How to use Dual Messenger on your Samsung Galaxy phone

Open Settings from the home screen.
Scroll down to the bottom of the page. 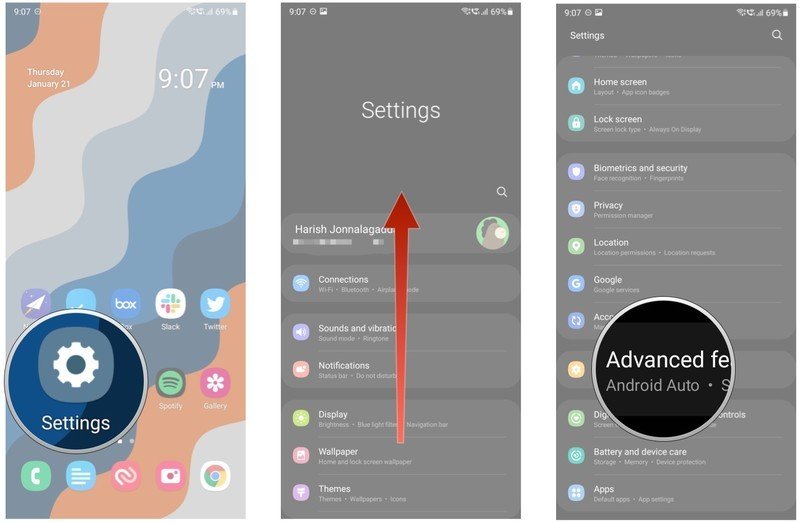 Scroll down to the bottom of the page.
Tap Dual Messenger.

Toggle the app you want to clone. 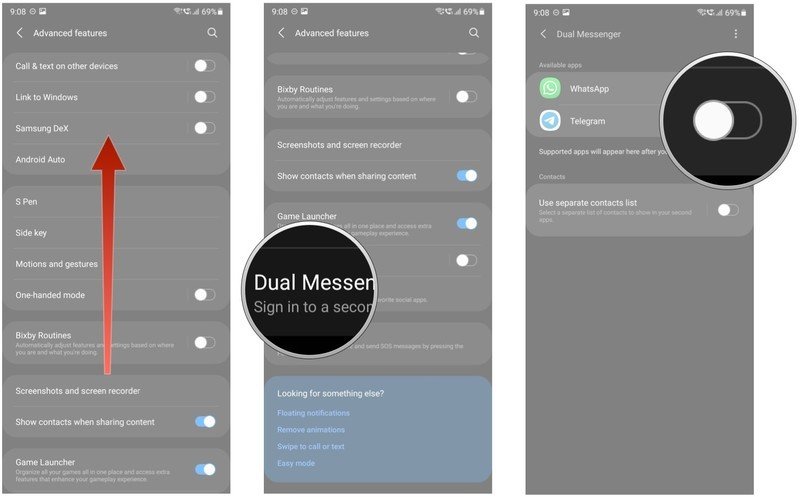 You should now see a cloned app alongside the primary version. The cloned app features two rings in an orange accent on the bottom corner, making it easier for you to distinguish between both versions.

Launch the cloned app to set up your second account. 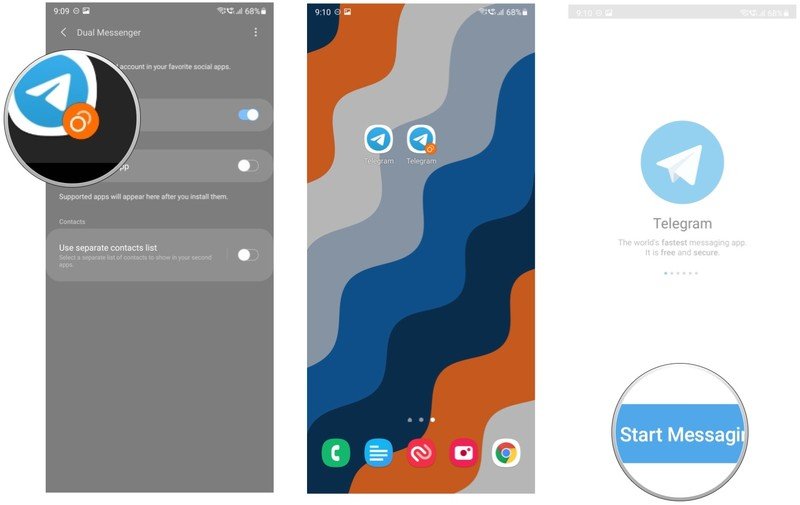 Samsung makes some of the best Android phones you can buy, and a large part of why millions of customers use Samsung phones is the software. One UI has a ton of useful utilities that go above and beyond what Google has to offer with Android, and Dual Messenger is one of those features.

If you’re using a dual-SIM version of a Galaxy phone or need to run two accounts of a messaging service on the same device, you can do so easily with Dual Messenger.

The latest and greatest hardware

Backing a sublime 120Hz AMOLED panel with the latest internal hardware along with Sub-6 and mmWave 5G connectivity, the Galaxy S21 ticks all the right boxes. The phone has outstanding cameras at the back, IP68 dust and water resistance as well as wireless charging, and costs $200 less than the Galaxy S20.

Facebook
Twitter
Pinterest
WhatsApp
Previous articleVizio’s 65-inch 4K HDR Smart TV has dropped to a new low at $648 at Walmart
Next articleThe Sony Xperia Pro is the $2,500 phone videographers have been clamoring for