Home How to How to level up your weapons fast in Call of Duty: Warzone
How to 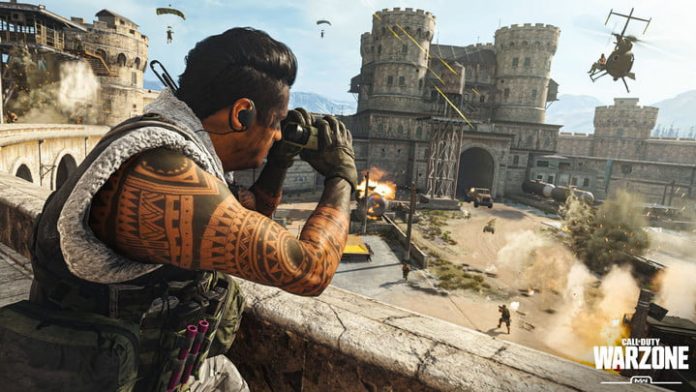 Weapon customization is at the heart of the Call of Duty: Warzone experience, and following the recent integration of Black Ops Cold War, you have even more firearms at your disposal. Each weapon has a laundry list of attachments that can be unlocked by earning Weapon XP, but if you’re a new player or someone who just wants to make progress quickly, it can be tough to level up your guns — especially if you only own Warzone. Some weapons are hard to use, especially with no attachments, making it challenging to actually gain progression with them.

Luckily, there are a few methods to leveling up your Warzone weapons quickly, and in this guide, we’ll highlight the best ones. Keep in mind, you can earn Weapon XP by playing Warzone itself, or the game that corresponds to a certain gun — since progression carries over across Modern Warfare, Black Ops Cold War, and Warzone, following the integration of all games. But don’t worry, there are methods to earning Weapon XP if you just have Warzone, as well — and many players fall into this camp since the game is free.

With that in mind, here’s how to how to level up your weapons fast in Call of Duty: Warzone.

The easiest method to level up your weapons if you own a copy of Call of Duty: Modern Warfare is to play the cooperative Survival missions online. This isn’t necessarily the fastest method, but it’s certainly the easiest since the mode only features A.I. as your enemy. You can play this mode to rack up kills and complete challenges that pertain to a specific weapon, which grants you Weapon XP. Use this method for slower but more consistent XP within the Modern Warfare suite of modes.

Do note that Survival mode is now available across all platforms, following a timed exclusivity deal with PlayStation.

The other, more skill-dependent method to earning Weapon XP in Warzone (through Modern Warfare) is to play the various Shoot the Ship playlists within the multiplayer mode. These playlists feature a rotation of match types on the Shipment and Shoot House maps — both of which are small and usually result in high kill matches. Depending on the mode and your skill level, you can earn over 50 kills per match, which is a fantastic source of Weapon XP.

If you own Call of Duty: Black Ops Cold War and want to level up your weapons, the best way to do so is to play Fireteam: Dirty Bomb. This mode is somewhat of a hybrid of Warzone’s battle royale, with a twist. Weapon progression is simply faster in this mode than in any other multiplayer mode in the game — including Zombies and even Search & Destroy. While playing Dirty Bomb, we advise to go for the objective and to sit near a high-traffic area to rack up lots of kills. It’s unclear how exactly the progression compares to the traditional multiplayer modes, but it has been proven that you earn more Weapon XP from Dirty Bomb than any of Cold War’s other modes.

You’ll be happy to know that you can easily earn Weapon XP if you only own Call of Duty: Warzone — and the best part is that it’s free! The fastest, most consistent method is to complete contracts throughout the Plunder mode. In Plunder, you get to spawn in with your loadout and have the ability to continuously respawn, making it much more effective than playing Battle Royale. Completing any contract will do, but the most efficient method is to go for Supply Run contracts.

Here’s the strategy, step by step:

With this method, you can quickly and efficiently complete Supply Run contracts over and over, granting you XP, cash, and most importantly, Weapon XP. As long as you’re holding the weapon you’d like to level up, you’ll earn progress each time you complete a contract. This is perfect for those weapons that are hard to use, like the crossbow or certain snipers. Since Black Ops Cold War and Modern Warfare weapons can be used within Warzone, you’ll be able to use this method to level up any guns across all three games.

Keep in mind, the method works if you play solo, but it will be slightly slower since you’ll have to land the chopper and search for the contract (and the objective after you’ve started the Supply Run) by yourself. If you are going to play with a squad, be sure that they’re all aware of what you’re trying to do. Otherwise, your teammates might start other contracts, and since you can only have one going on at a time, it will halt progress. If you don’t have any squadmates to play with, you can simply set Squad Fill to “Don’t Fill” from Warzone’s main screen and boot up a Plunder match. This will send you to a match by yourself, making it easy to continue doing Supply Run contracts, uninterrupted (though, slightly slower than if you had a team).

From our tests, we were able to complete around seven Supply Run contracts within a single Plunder match, but keep in mind, we were playing solo. If you have a squad (and with a little luck), it’s possible to finish upward of 10 Supply Run contracts, resulting in much more experience per game. After around three games and 40ish minutes of playtime, we were able to gain 25 weapon levels.

We should mention that this method will only grant progression toward unlocking attachments. Those looking to unlock weapon camos will need to complete the objective associated with the camo in question.

Facebook
Twitter
Pinterest
WhatsApp
Previous articleHow to hatch a living ship in No Man’s Sky
Next article11 of the biggest problems with Windows 10, and how to fix them