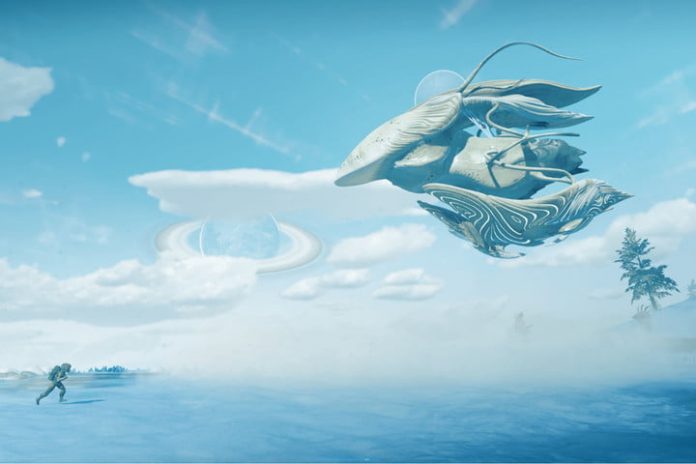 When No Man’s Sky was initially released in 2016, it was a bit of a flop. Players anticipated a game with endless worlds and possibilities but were left with a game that had a lot of glitches and problems that were beyond frustrating. Today, however, the game has begun living up to its hype. Through varied updates and patches, Hello Games was able to bring the game the life it needed for players to really start enjoying it. One of these awesome patches includes the possibility of hatching a living ship.

Living ships are awesome to look at and have different customizations from the regular starships. However, without real directions on how to hatch a living ship, you can get a little lost in the stars while finding them. Luckily, we have an idea as to how to bring a special ship into your world.

Where are the living ships

The living ship update was part of update 2.3, which was released in early 2020. The game patched a few things, but also added in some new quests and a way to pick up one of these awesome ships. Living ships are a new class of rare, sentient starships. As previously mentioned, they have their own unique organic technologies. It’s also important to remember that each living ship is different. That means that the missions, items that you search for, planets and coordinates to find, etc., may be different than those of someone playing the same mission. Although most of the missions are the same, you may find some variations from person to person.

In order to get the living ship, you’ll need to at least get to the space anomaly. This is done by simply completing the tutorial part of the game. Those who are new to the game may not know when the tutorial ends, so we wanted to throw this out there for them. Here, you’ll be able to pick up a Void Egg.

The Void Egg is an item that was introduced with the 2.3 update. This item will trigger a secret mission that you’ll need to partake in to get your hands on a living ship. Although the price for the Void Egg is high in Quicksilver, it doesn’t really sell for a good price, so we wouldn’t recommend selling these bad boys.

Picking up a Void Egg isn’t cheap. In order to nab one of these awesome items, you’ll need to earn a total of 3,200 Quicksilver. If you’re having trouble finding where to purchase the Void Egg, head to the vendor that’s next to the Nexus. He has it in stock and can sell 1,000 of them, but you’ll only need one. Unfortunately, the only way to get Quicksilver is by completing missions at the Nexus. And you’ll have to grind pretty hard to pick up enough Quicksilver for the Void Egg. The Nexus will offer one mission with Quicksilver once a day, and it ends up totaling about 250 Quicksilver earned on a normal day. You’ll need to wait for the server to refresh in order to pick up more.

How to hatch a Void Egg

Once you have your hands on a Void Egg, you’ll need to work on triggering the mission to begin. Ensure that the Void Egg is in your inventory (and maybe have some extra space for items you find) and begin warping around the galaxy. It doesn’t really matter where you decide to warp to because the quests will be triggered by how many times you warp. Players have mentioned that it has taken them a different number of warps to get the Void Egg to kick in, so the range of warps tends to be between 3 and 12. When you warp to different systems, be sure to wait 30 seconds to see if a transmission comes in. It’s unclear whether or not the Void Eggs are tied to distance warped or if conditions are just different for each player, so keep warping until those eggs start to sing! With its song, you’ll get a transmission with an important message and will have initiated the Melody of the Egg quest!

In total, there are 13 messages you can receive. Twelve of these messages are descriptions of a different glyph. Remember to write each message down because the number at the beginning of each message will help you figure out the order of the Portal Glyphs later. Each message will correspond to the galaxy you’ll need to head to. It’s also important to remember that you’ll be getting these messages in a random order, which is why writing them down can be really helpful. For those who are working on hatching a Void Egg alone, it may also be beneficial to screenshot each message as it comes in so you don’t forget anything important.

Each coded message will describe a specific glyph, so you will have to decode the meaning of each message. This part of the mission can take some time because it requires you to travel to different galaxies to decode. However, the end result is a password and location to a portal. Step through the portal and you’ll find yourself on Erpetrith Raya.

Erpetrith Raya is a junk planet, which can be shocking for players who haven’t visited one yet. The planet is filled with junky items that were placed there by other players. In fact, you may fall through the earth as you spawn into the planet. If this happens, just head back to your ship; don’t panic. That’s totally normal on a junk planet.

Once in your ship, you’ll receive an incoming message. The message will read “Watch for us in the Stars.” Once you’ve gotten this, head back into space and fly around until the game announces an anomaly is discovered. This anomaly will be a living ship, and players will begin the Starbirth mission. Players who follow the instructions for the Starbirth mission will get a relic to build a ship component.

The Starbirth mission will require players to follow the Void Egg’s instructions to different planets. You’ll need to find certain planets and components for your living ship. It’s all random, so you’ll need to figure it out on your own. Each player will get different instructions, so listen to the instructions closely and see where the Void Egg takes you! If you find the right planet, the Void Egg will give you coordinates when you enter the planet’s atmosphere. So if you don’t get coordinates as you descend, you can simply try a different planet.

Once you find the correct planet, land and search for a relic that will give you the blueprints necessary to build your living ship. Once the component is built, you can head to the next part of the quest. Keep doing this until you build all the components. Once complete, you’ll be able to travel the universe in your own living ship!