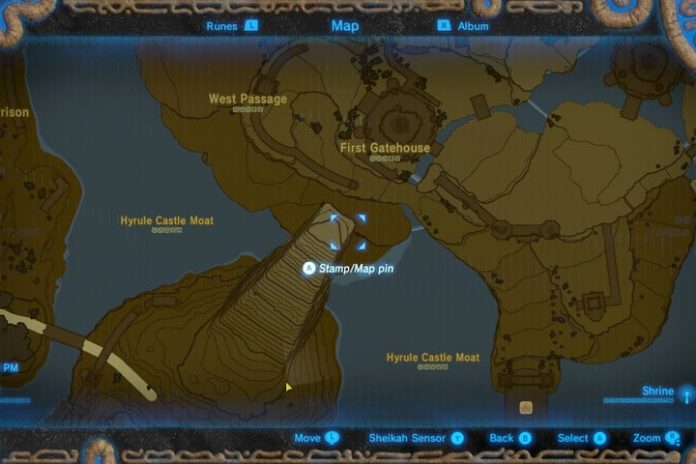 Legend of Zelda: Breath of the Wild still reigns as one of the best open-world RPGs in recent history. There’s a seemingly endless plain of areas to explore, mountains to climb, and gear to obtain. Of course, there are only two pieces of equipment that all Zelda fans strive to get. The Master Sword and the Hylian Shield are Link’s iconic weapons. No Legend of Zelda game would be complete without them. Since they’re some of the most powerful weapons in the game, they’re not easy to come by. This guide will focus on where to find the Hylian Shield in Breath of the Wild.

Once geared up and ready to go, you’ll want to head to the west side of the castle. You’ll find a narrow interior passed called Hyrule Castle Lockup. Here you’ll discover imprisoned creatures that are not fans of Link.  There are two different ways to get into Hyrule Lockup, and both will require you to find specific items throughout the game.

From the Western moat, head northwest from Katah Chuki Shrine, past the Water Reservoir, and climb one of the large pillars. From atop the pillar, glide around the right side to keep the pillar on your left. You’ll be aiming for a narrow entryway to the left of a waterfall. More specifically, the entrance is on the beach under the First Gatehouse. You can also swim across the moat and up to the beach. Be careful; there’ll be handfuls of ancients looking to block your path.

Once you’ve ventured into the entrance, look for a rideable mine cart that will take you to a bombable wall. Remember, you’ll need to use a Remote Bomb to get the mine cart moving. Follow the torches up a path to the left side of the area. At the end of this hallway, you’ll find a breakable wall. Blow it up and enter the prison block.

Head around the northern edge of the Castle Town Prison until you find a docked raft. It’ll be to the left of the words “Hyrule Castle Moat.” Hop on the raft and use a Korok leaf to ride the raft to the northern end of the moat. You’ll find the main entrance to the prison after heading up the path in from of you. Use a Cryonis rune to open the gate and enter the prison.

Where to find the Hylian Shield

Once inside, you’ll be looking for a circular room full of bones. It’ll take some exploring depending on which method you used to enter the Prison Block. As mentioned, you’ll be fighting high-level enemies such as Moblins. Once you find the bones, they’ll assemble themselves into a mini-boss fight, the Stalnox. Shoot the Stalnox in the eye to stun it. However, shooting the eye with an explosive arrow will dislodge it. From here, wail on the eye to deal massive amounts of damage. Killing the Stalnox will reward you with a chest that will contain the Hylian Shield.