How to get Ashen Keys in Sea of Thieves 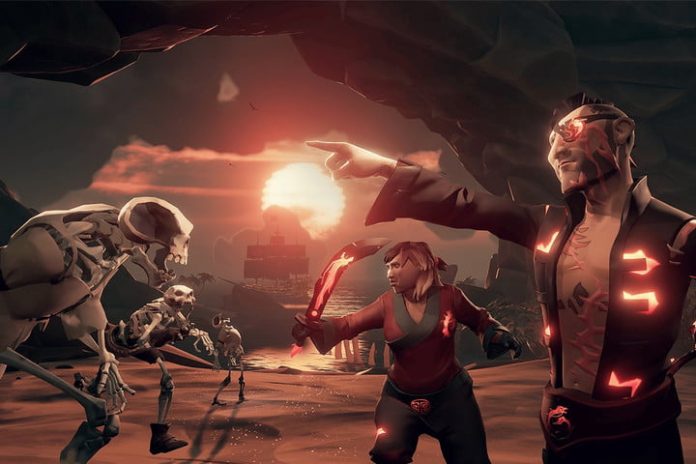 One of the most welcome updates to Sea of Thieves added questlines for extra-swanky treasure that can only be looted from Ashen Chests. Small problem — Ashen Chests can only be opened with Ashen Keys, and it’s not immediately obvious how to get an Ashen Key.

As a result, the SoT community went a little crazy over Ashen Keys (you even can buy one from Etsy if you want) and worked to uncover all the possible ways to find this hot commodity. We’re here to save you the trouble and get right to the business of how to farm Ashen Keys and which methods may work best for you.

So, how do you track Key Masters down? They can show up either in a Skeleton Fort raid or on islands where you are attacked, taking the role of a Skeleton Captain. Since Captains can show up as many different enemy types, there’s no guarantee of finding these mini-bosses. If an island would have had an Ashen Guardian, there also seems to be a chance of the Guardian spawning as a Key Master instead.

In appearance, the Ashen Key Masters look similar to Guardians but a bit more burny, and they will be clearly labeled. Some players try to reset islands with Captains/Guardians by letting the whole team die over and over until a Key Master spawns, but this method isn’t always the most reliable (and can get boring).

Trying to come across a Key Master by chance can get frustrating. There is a guaranteed method of getting an Ashen Key, but it’s pricey. Head to any Tavern and talk to the Bilge Rats representative there to take a look at the rotating Mercenary Voyages you can buy. One is usually called the Ashen Key Stash Voyage, which rewards you with the Key itself.

The trick is that this Voyage costs 99 Bilge Rat Doubloons — in other words, an arm and a leg, which pirates are already short on. But if you’ve got a lot of currency built up, it’s a very fast way to get your Key. The Voyage itself is a simple one-step treasure map and doesn’t really have any other rewards.

Fishing in the right spots

There’s no absolutely confirmed spot to fish for Ashen Keys, although players largely suspect that fishing in ponds is the best way to get them because of higher spawn rates. You can find ideal ponds at islands like Mermaid’s Hideaway. This method requires a lot of patience, but over time, you can gather numerous keys — an ideal strategy if you feel like very casual playing or multitasking.

Getting lucky with other Mercenary Voyages

We mentioned that the Bilge Rats offer an Ashen Key Stash Voyage for a high price. However, the Bilge Rats also offer a variety of other shifting Mercenary Voyages, and these Voyages have a chance to spawn a Skeleton’s Orders Treasure Map when fighting mini-bosses like Skeleton Captains. When the Map is received from a Bilge Rat Voyage, it has a chance to yield an Ashen Key when the chest is unearthed. The good news is that these voyages cost far less to purchase than the Ashen Key Stash Voyage. Simply spend a lot of time working for the Bilge Rats to increase your odds!

Defeating the Captain’s Ship of a Skeleton Fleet

One of the big World Events in Sea of Thieves is called Skeleton Fleet. It’s very easy to see, as its herald is a giant skeleton ship in the sky. Sail to the cloud ship to activate it, and this will start waves of skeleton ships that will attack your vessel. After defeating the first two waves, the third wave will introduce a boss ship with a Skeleton Captain. Sink the Captain’s ship, and it will drop a variety of treasures, including two Ashen Keys and two Ashen Chests you can use them on.

Be warned, this is hard content, probably some of the hardest in the game. A single crew may be hard-pressed to complete it successfully, and getting help from another ship or two is a really good idea. You can find Skeleton Fleets around the middle of the Sea of Thieves map. If you get a Kraken spawn in that instance, wait in the area for the next World Event to see if it’s a Skeleton Fleet.

And if you’re having trouble finding ashen chests…

Ashen Chests are generally easier to find than keys and easy to notice because of their glowing markings. There’s a chance to find them from all sorts of activities, from cutting down one of the Kraken’s tentacles to looting a Skeleton Fort Vault. However, the best way to get Ashen Chests is to look for those Ashen Guardians we mentioned and defeat them. They generally spawn more often than Key Masters, and if they drop a Notes Quest, it’s a guaranteed Ashen Chest.

Keep in mind that you don’t need to unlock a Chest with your Keys. You can trade them in to the Bilge Rats for currency or to Reaper’s Bones for currency and Reputation points.