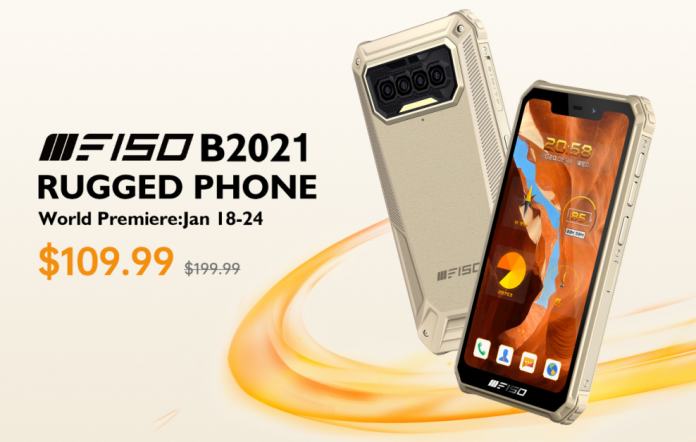 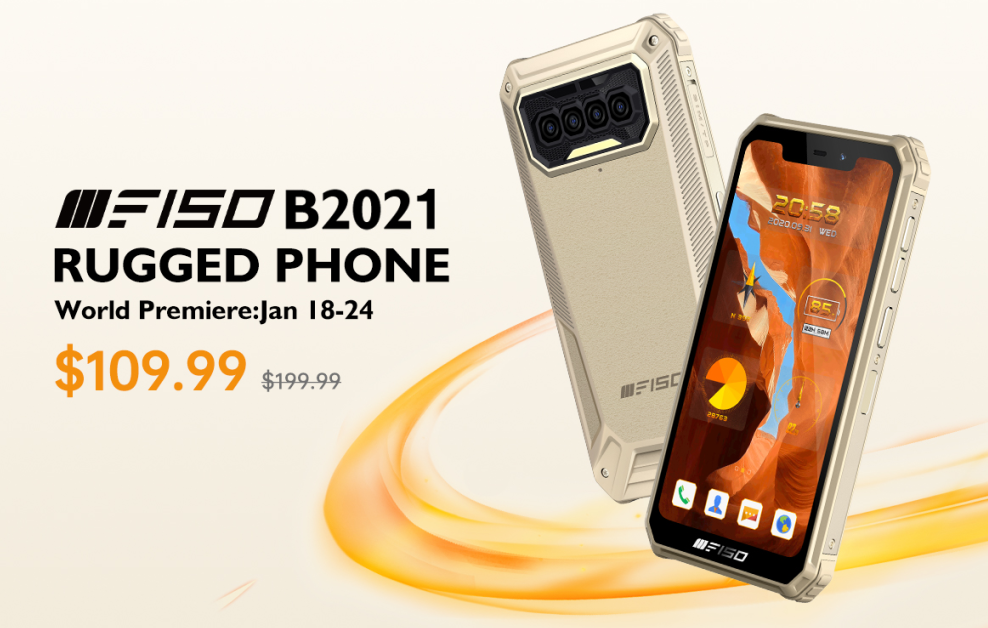 F150 might be the new kid on the rugged phone industry proverbial block but it is already raising eyebrows with its first product, B2021. The B2021 is set to make its global sales debut with a 45% discount promotion on 18th January. The first yellow rugged phone is believed to be priced at $199.99 but will be available at $109.99 after the discount.

F150 mobile is established by former employees of a software company. As sport outdoor enthusiasts, they felt they were in a better position to provide what outdoorsy people actually need in outdoor gear.

F150 is blazing the trail with the unique design of this phone. The back of the phone features a camera bump with an octagonal shape. On the camera bump, 4 cameras align themselves horizontally above 4 sets of powerful flashlights. 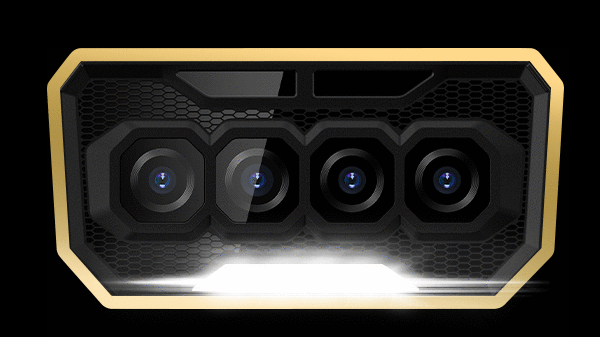 The back of the phone is adorned with beautiful lines. The back design also makes use of a lot of octagonal shapes. The lines on the sides are done to enhance aesthetics and also prevent slipping. The extensive use of the octagon shapes is deliberate to avoid the use of curves that they nailed perfectly. The idea is to project toughness and distinguish itself from other rugged phones. 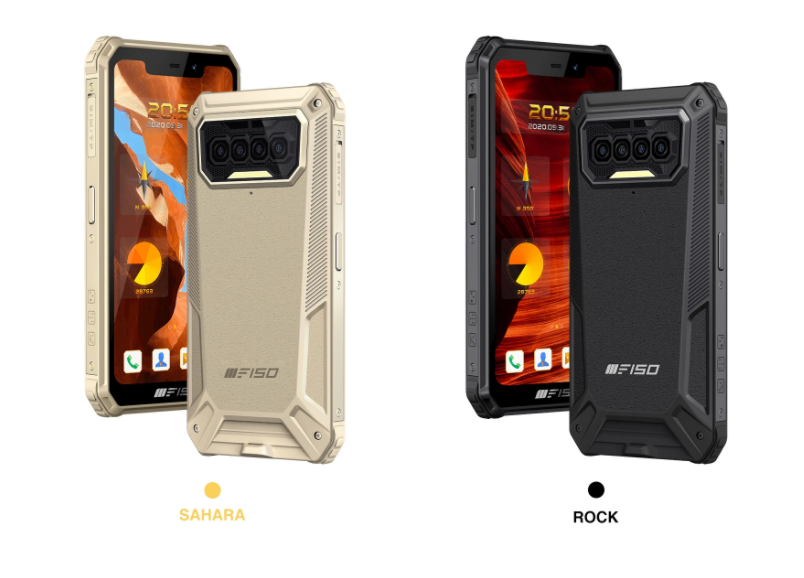 As I have mentioned earlier, F150 is pushing the rugged phone design bar up. The B2021 comes in 2 colors, black, and Sahara yellow. Sahara yellow, a color never seen or heard of ever in this industry. F150 used cutting-edge plastic technology to achieve ruggedness which gave them the freedom to explore other colors. 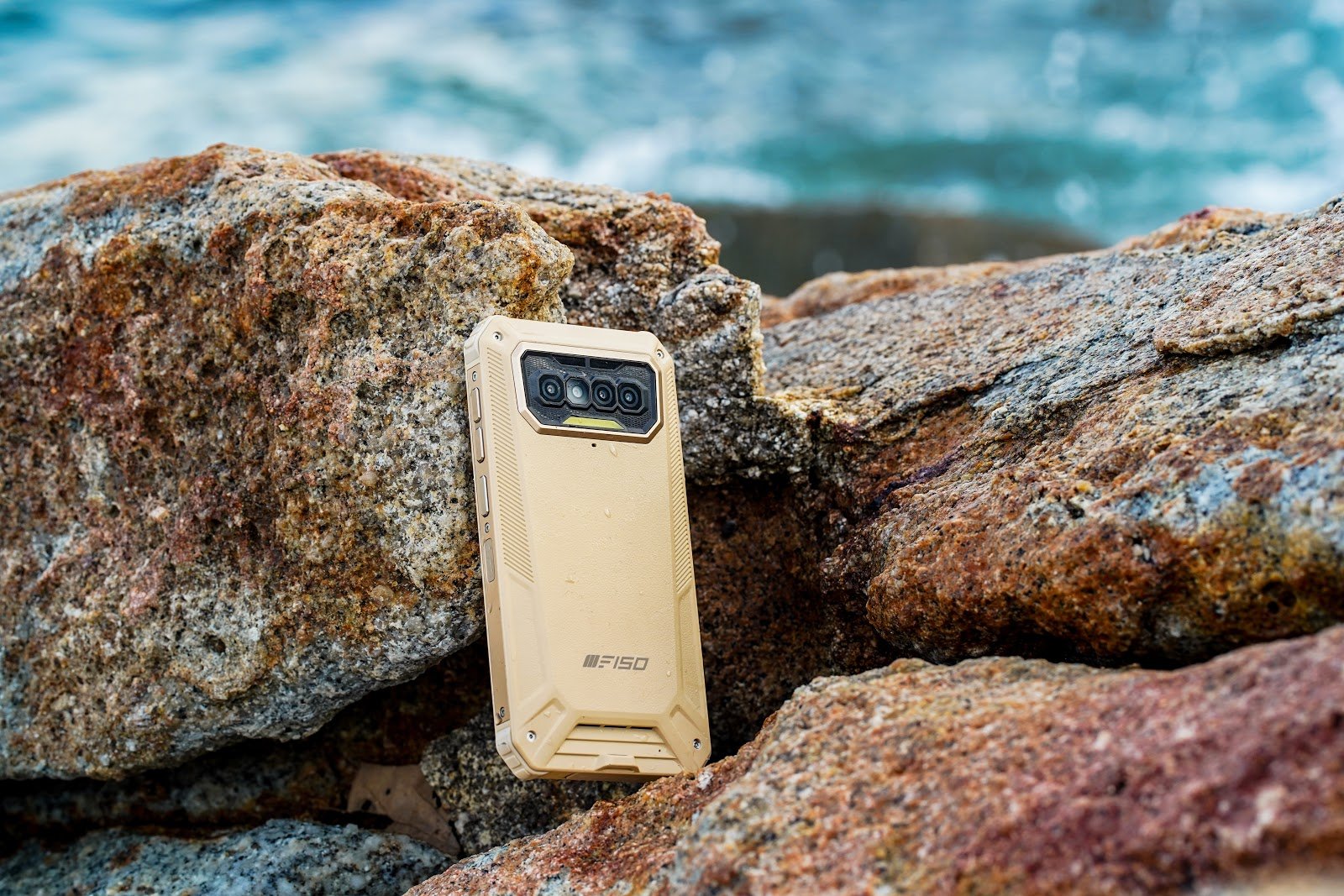 In the software department, there are quite a number of innovative ideas incorporated in this smartphone 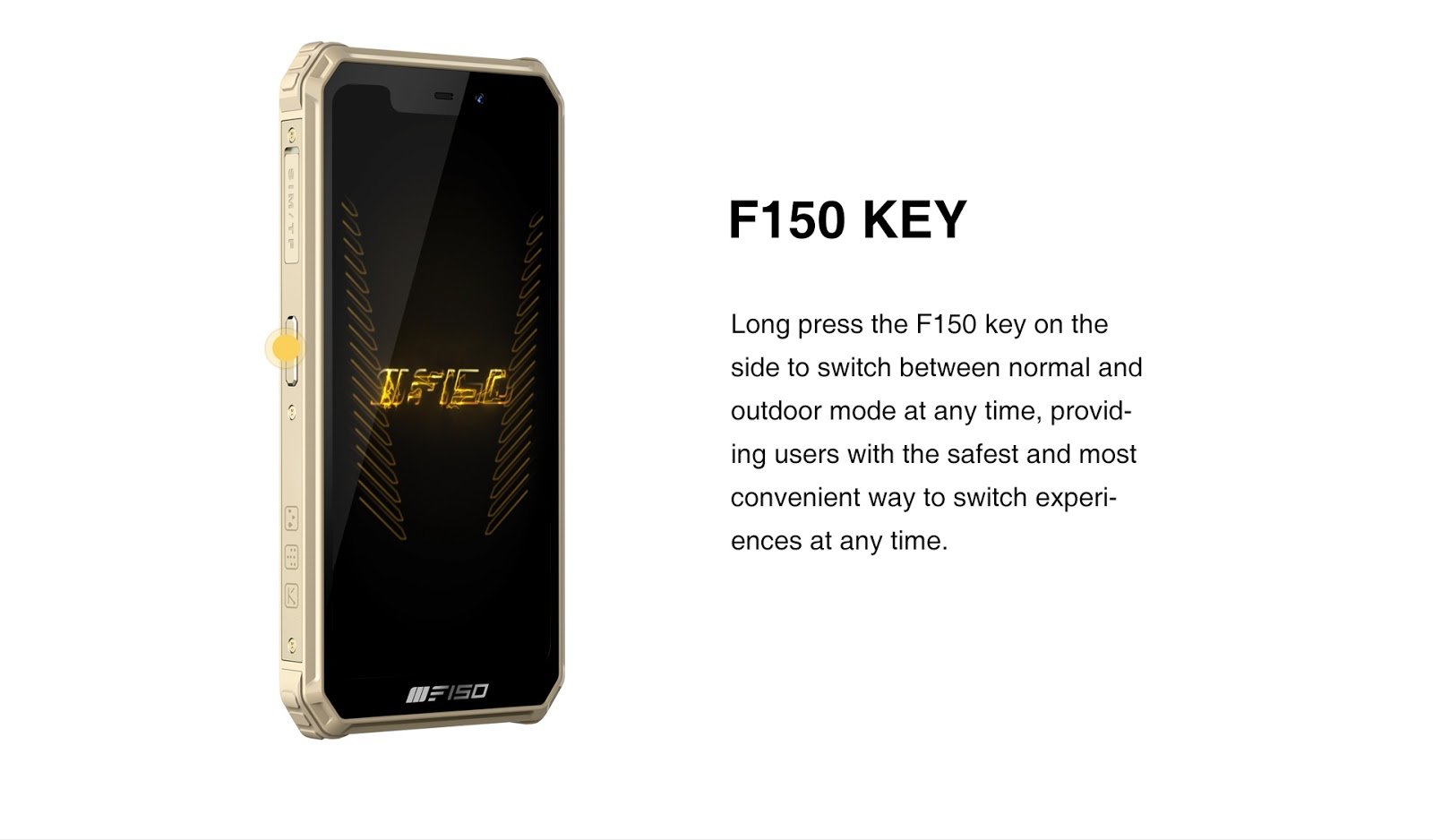 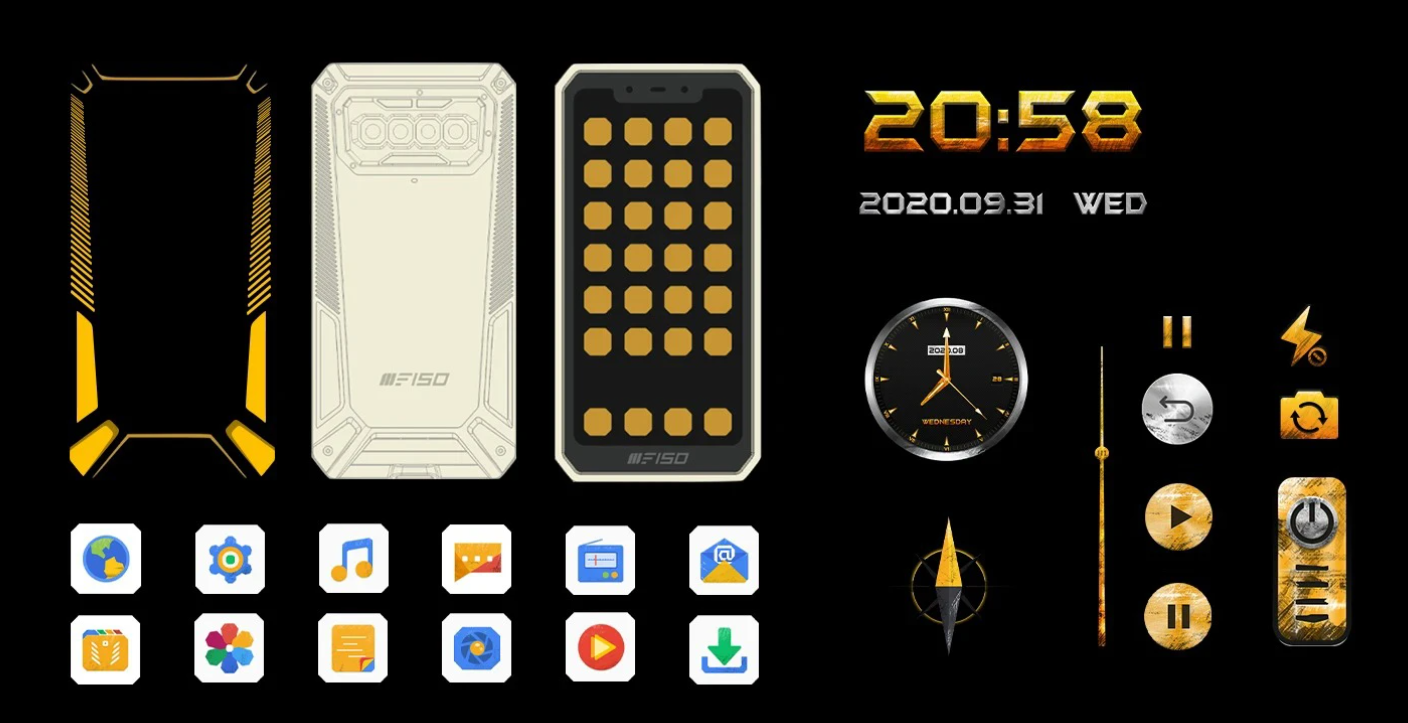 The F150 mode on the other hand is designed for the outdoor personality in everything. The contents of the toolbag are displayed on the screen and readily accessible. The UI and feel of this mode also add to the excitement of outdoor adventures.

If you find yourself in an unfortunate situation, you can rapidly tap the F150 key to activate the emergency sequence. This emergency sequence includes SOS alarm blurring and the flashlight flashing, to help to get someone’s attention.

The UI design mirrors the hardware designs in adopting the octagonal shape in its designs. Apps, widgets, and all other software elements all appear in this shape. These shapes are more pronounced with the apps in the F150 mode.

Another interesting addition in the software of this smartphone is the voice simulation. The smartphone comes preinstalled with a dog bark, SOS alarm, alarm, and an engine sound. 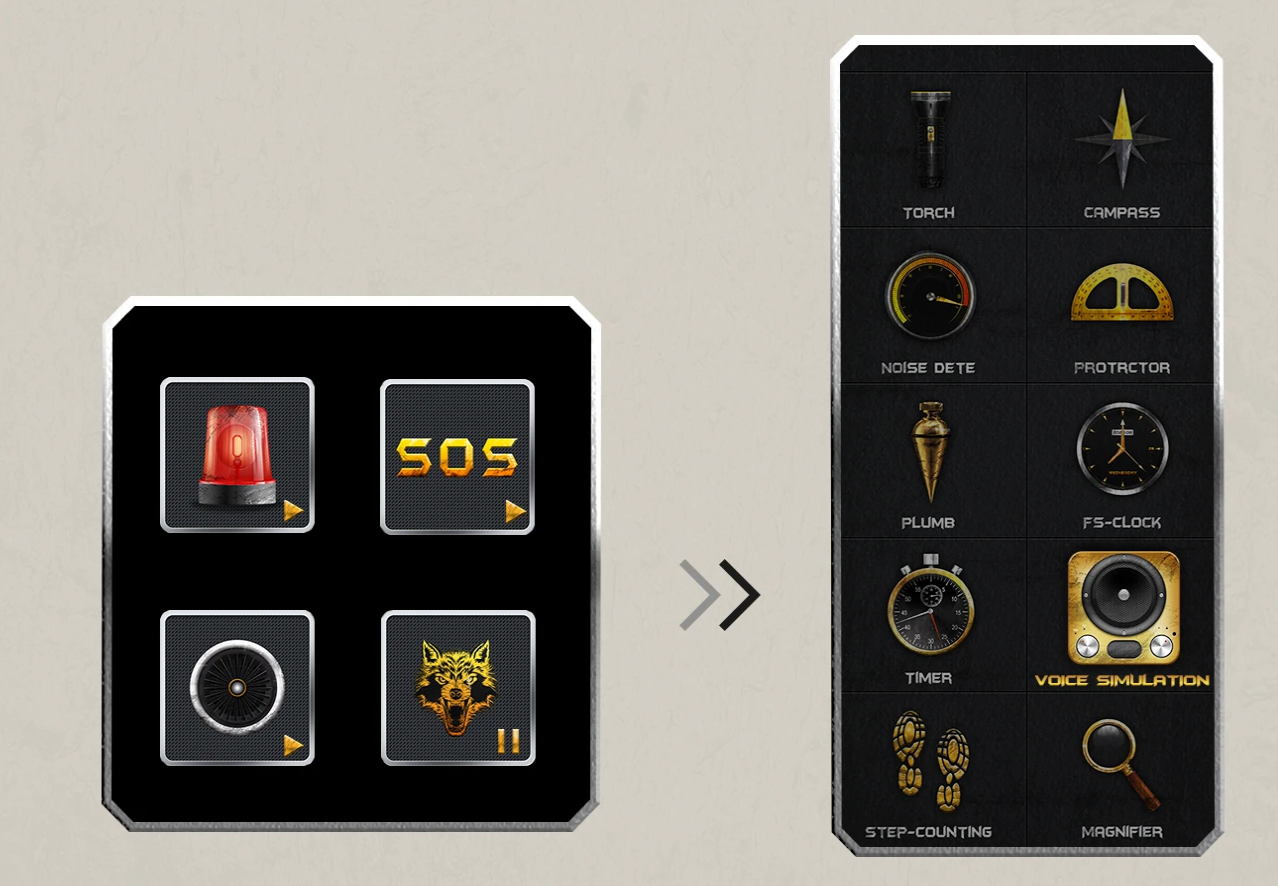 Great Features At an Affordable Price

Check the Unboxing video below:

There are some new features on this smartphone that aren’t available in most rugged phones on the market. I believe if F150 continues in this trajectory, it is only a matter of time before they become a force to reckon with in the industry. 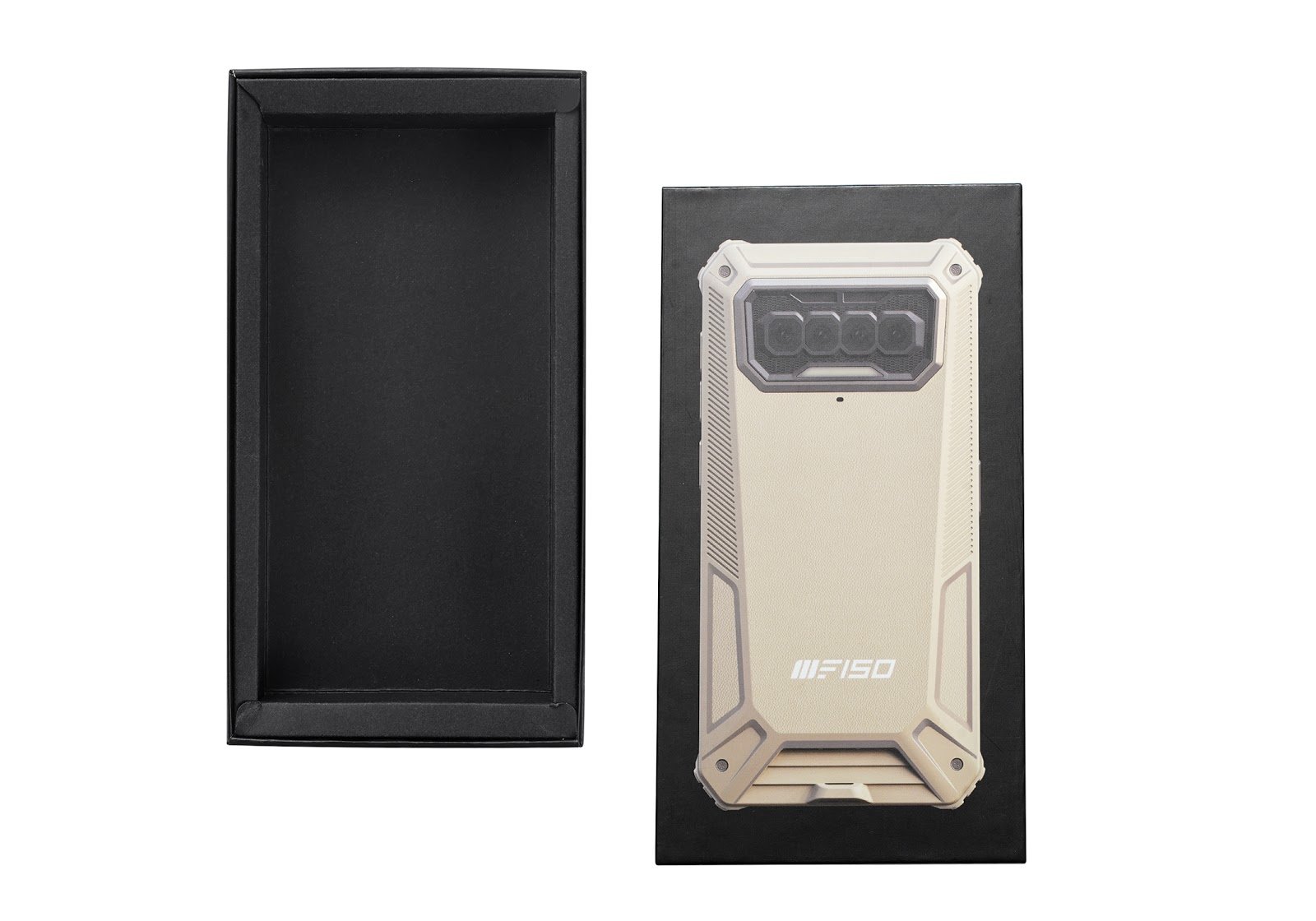 A smartphone of this quality selling at just $109.99 is a steal. This discount promotion will start on January 18th and end on January 24th on Aliexpress and Banggood. If you are interested in getting it, you can subscribe to the global open sale on its official website here.

Apple winding down sales of its 21.5-inch iMac computer

Fortnite season 6, week 1 challenges and how to complete them