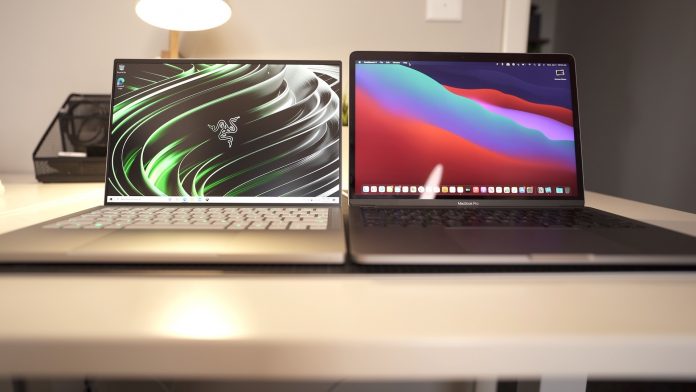 Razer in November released the Razer Book 13, a new portable laptop focused on productivity rather than gaming. Since it is similar in many ways to the M1 Macs that Apple also launched in November, we thought we’d compare the Razer Book 13 to the ‌M1‌ MacBook Pro.

Subscribe to the MacRumors YouTube channel for more videos.
As the name suggests, the Razer Book 13 is a 13.4-inch laptop featuring slim bezels and a 60Hz matte display. It’s similar in size to the 13.3-inch ‌M1‌ MacBook Pro, but it is a bit smaller because of the reduced bezel size. 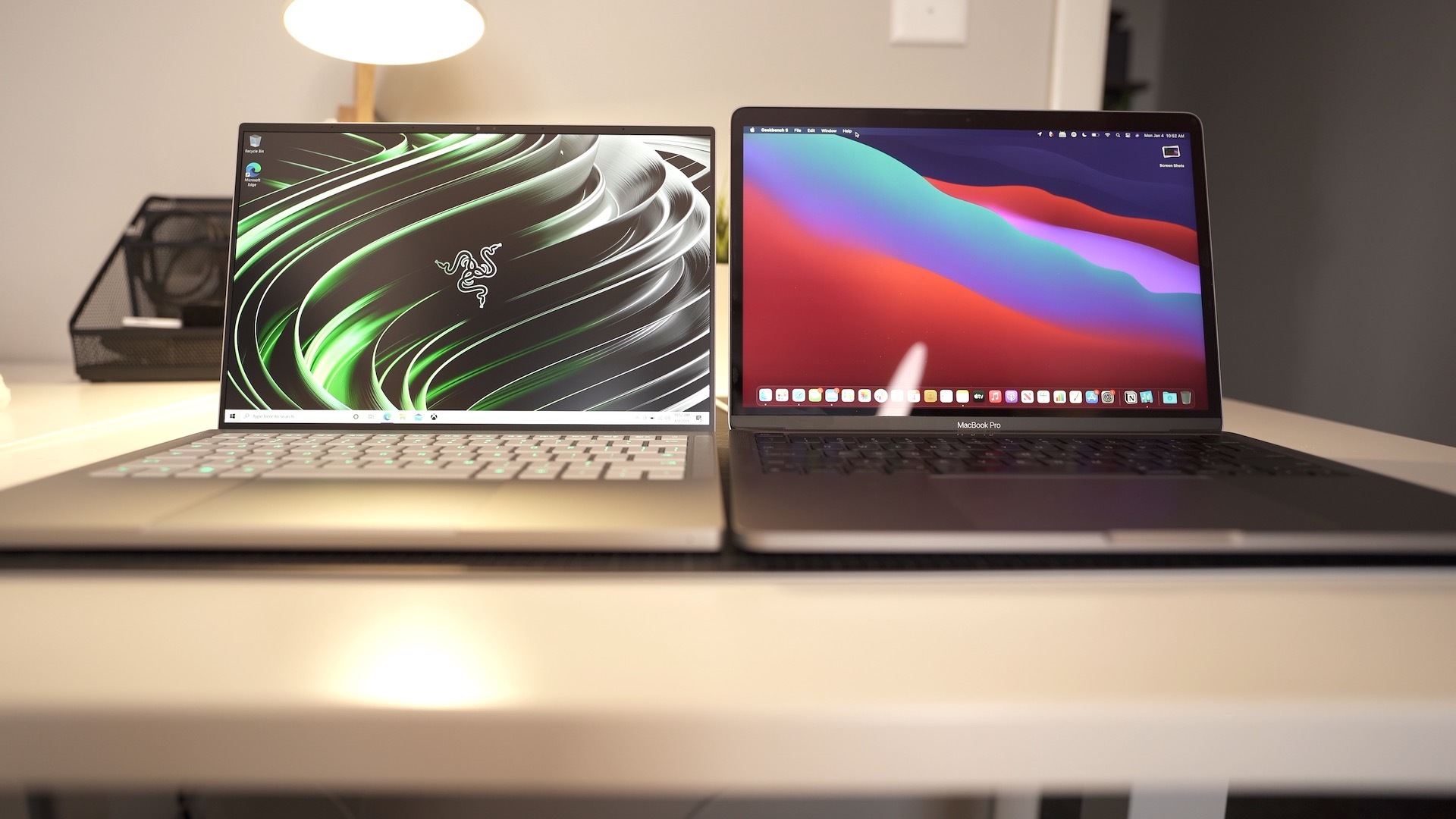 Design wise, the Razer Book 13 has a bit of an edge over the 13-inch MacBook Pro thanks to the Razer’s thin side bezels. There’s a thicker bezel at the top to house a camera, but the bezel size still beats out the MacBook Pro. Rumors do suggest Apple is working on a new 14.1-inch MacBook Pro that could perhaps have a slimmer bezel design, but for now, the Razer wins out. 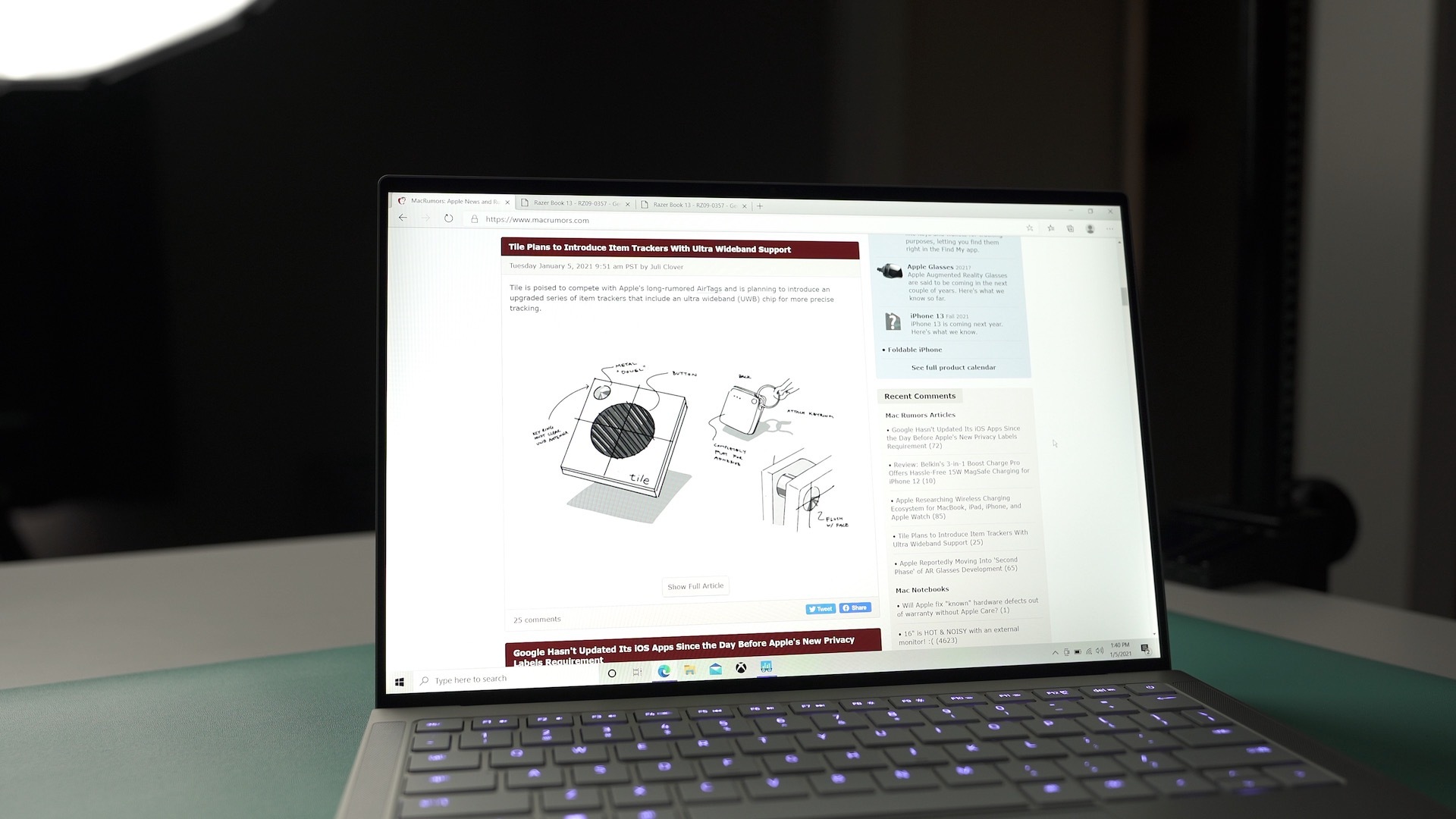 The display is noticeably different from the display of the MacBook Pro because the Razer Book uses a matte finish, which can be nice in situations where there’s a lot of glare. The MacBook Pro’s glossy display looks fantastic, of course, but it can suffer in bright sun. 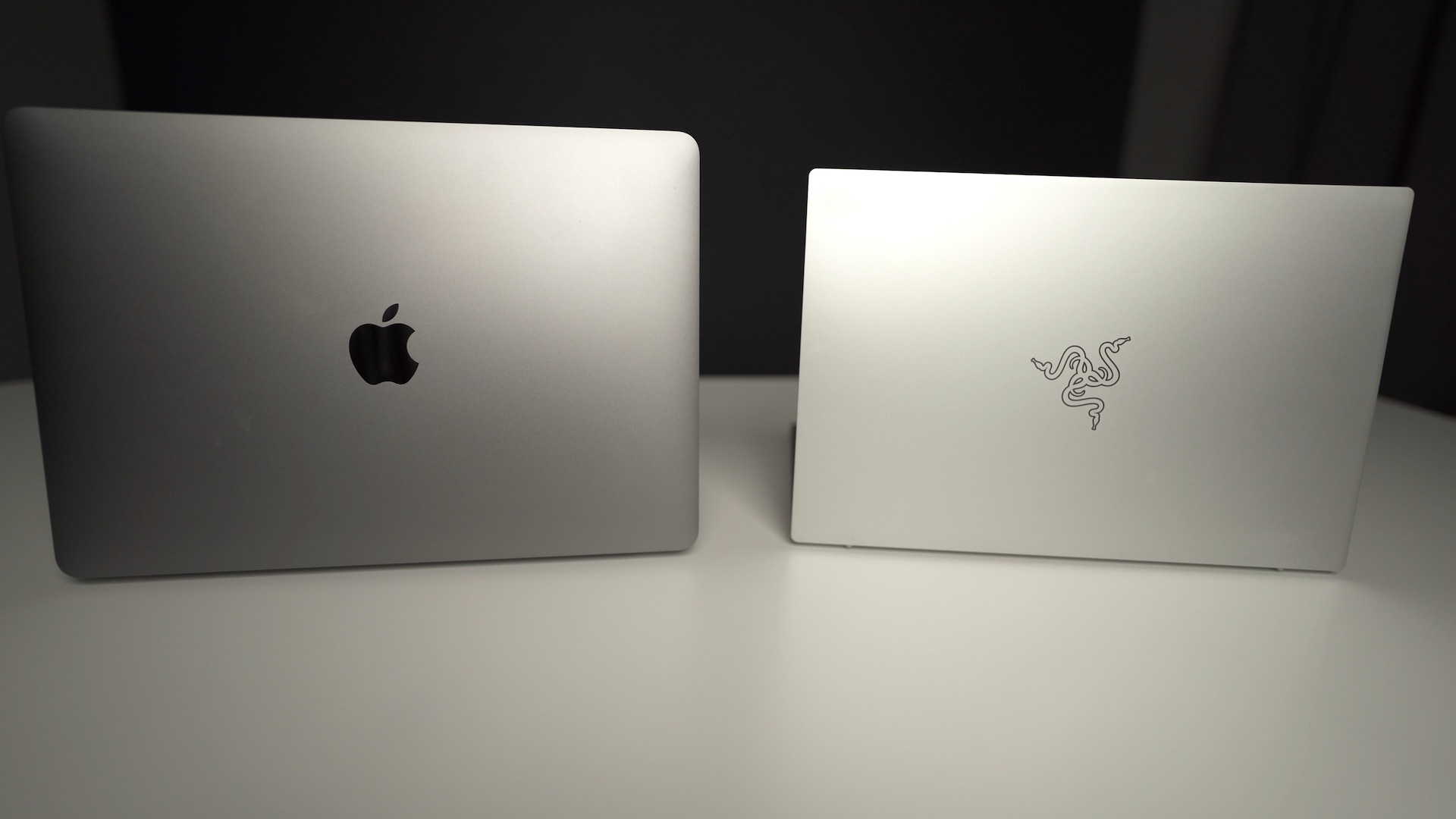 Both machines have similar keyboard designs with about the same key travel, but there are some differences here. The MacBook Pro has a Touch Bar, which some people have never grown accustomed to, while the Razer Book has RBG key lighting that can be a distraction for some. 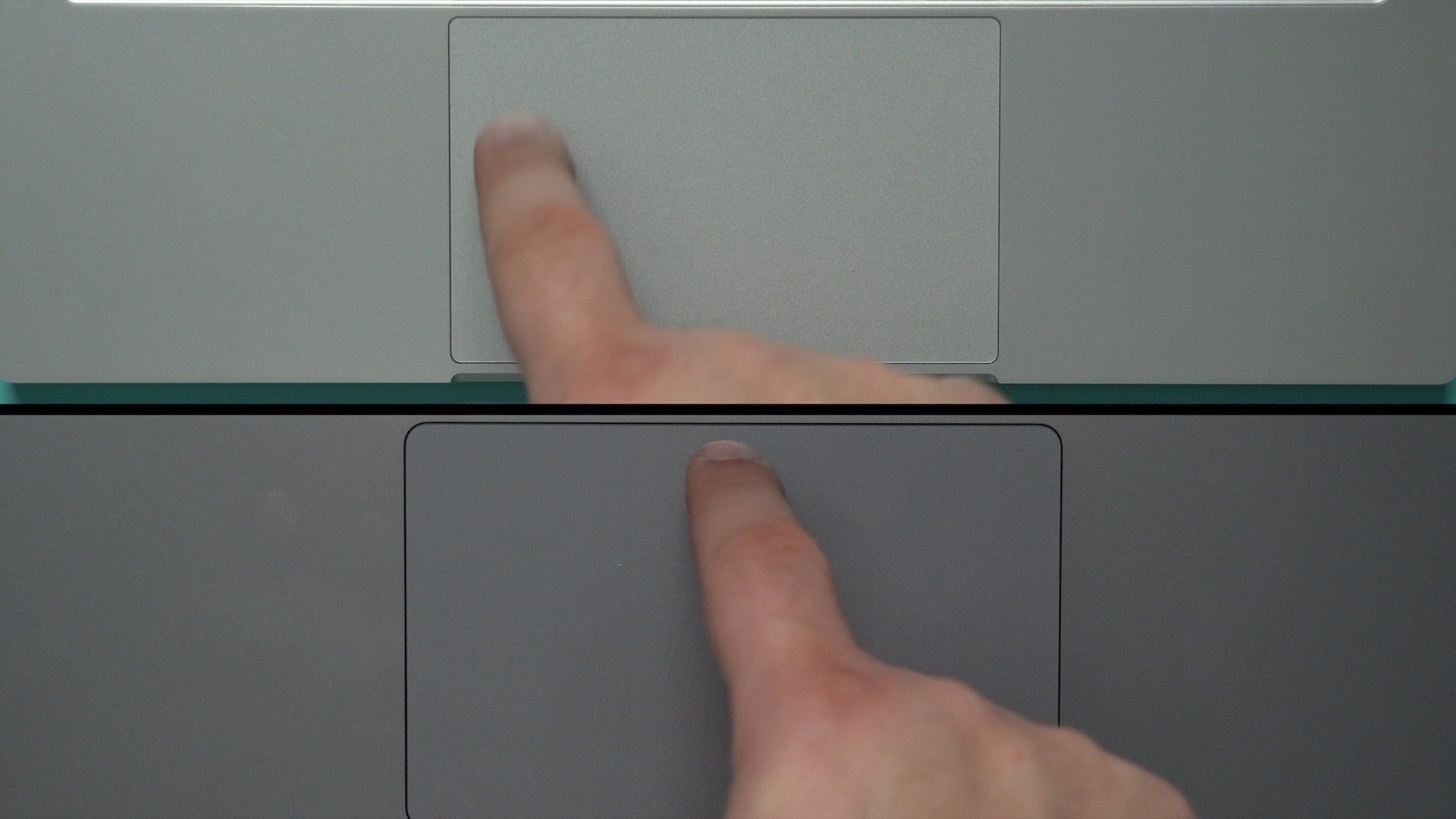 The MacBook Pro has speaker grilles on each side of the keyboard, a haptic glass trackpad that is nicer to use than the physical trackpad on the Razer Book, and better thermal management. The ‌M1‌ MacBook Pro’s fans rarely come on thanks to the efficiency of the ‌M1‌ chip, but the Razer fans spin up almost as soon as it’s doing anything intensive. Even running the Microsoft Edge browser on battery caused the Razer Book’s fans to activate. 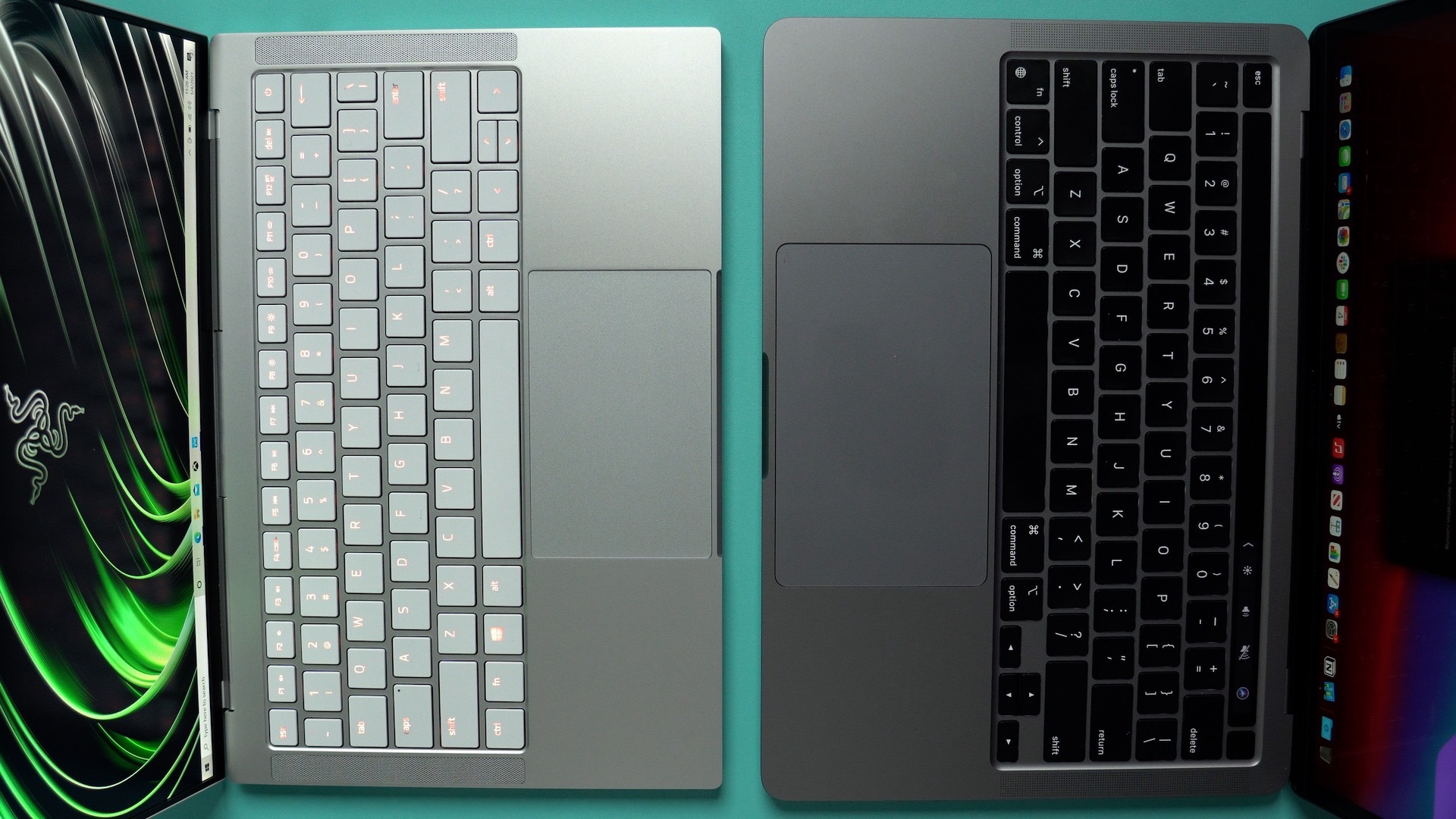 The Razer Book’s fans are on the bottom of the machine, so when using this in a lap, there’s a potential for the airflow to be blocked. The MacBook Pro doesn’t have fans located at the bottom so it’s better for in-lap use, with warm air venting out from the hinge area. 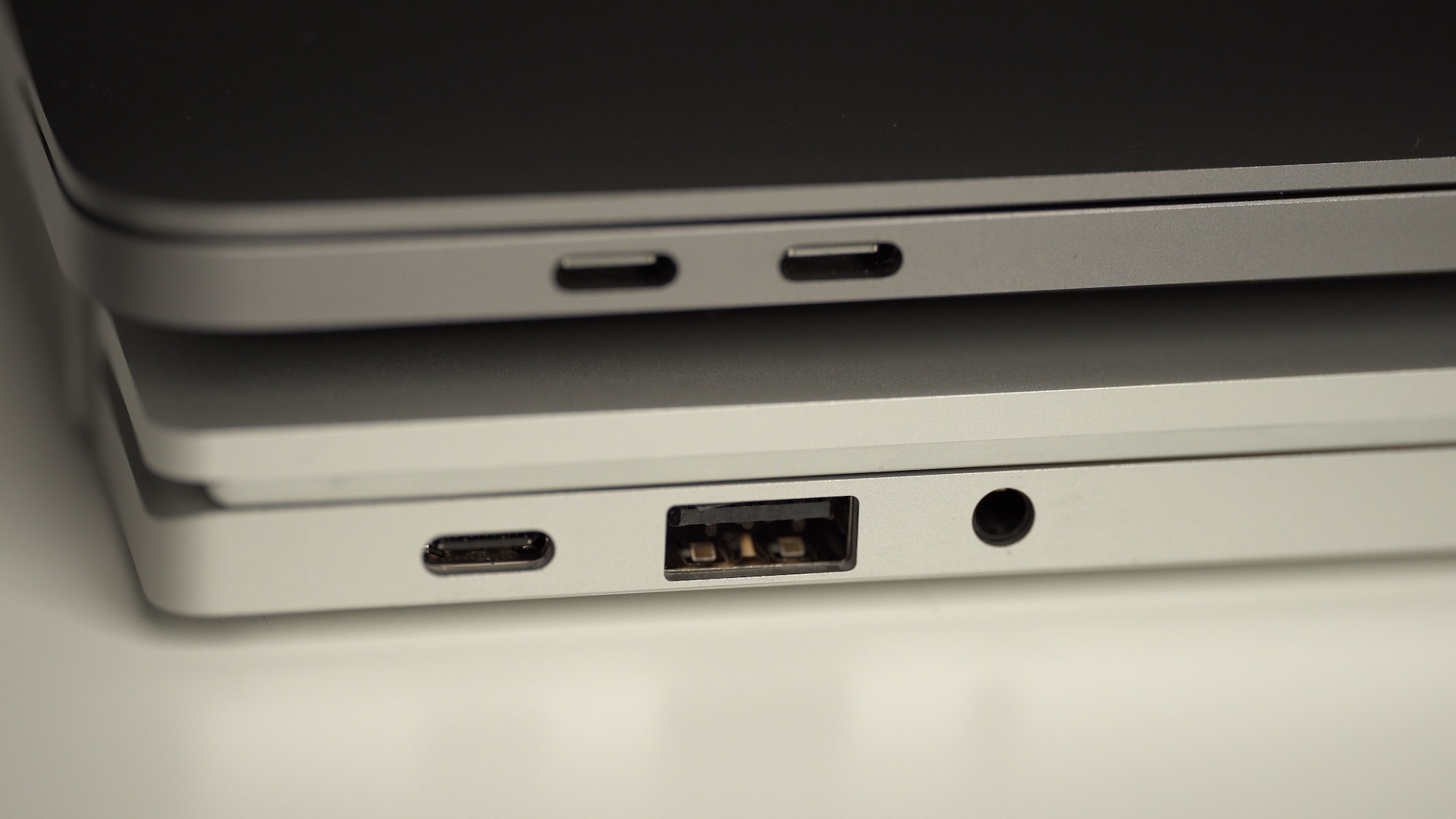 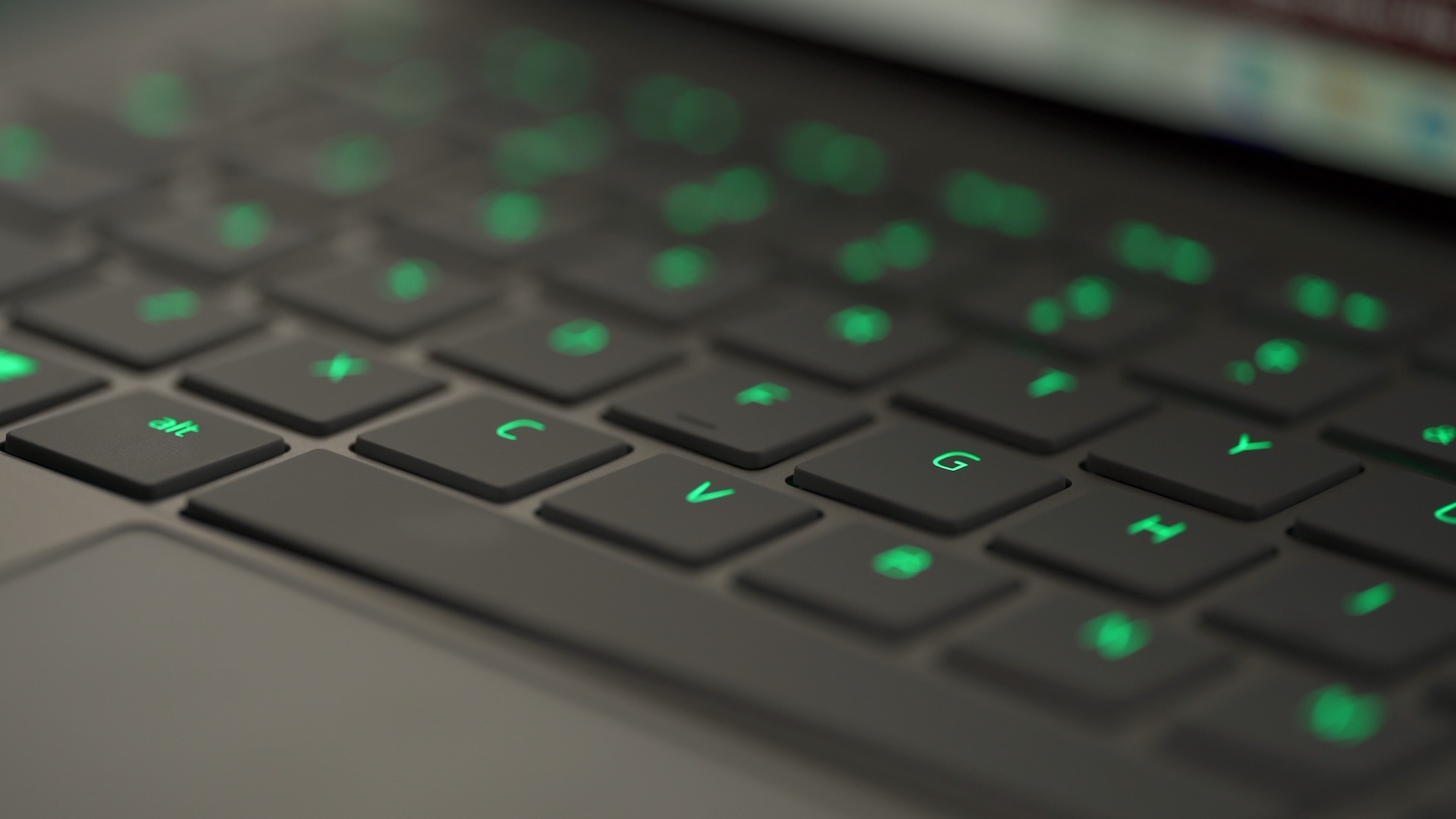 The Razer Book’s performance here isn’t bad by any means and these are both highly capable machines that are going to excel at day to day tasks, but the ‌M1‌ MacBook Pro is better at more intensive tasks like video or photo editing. 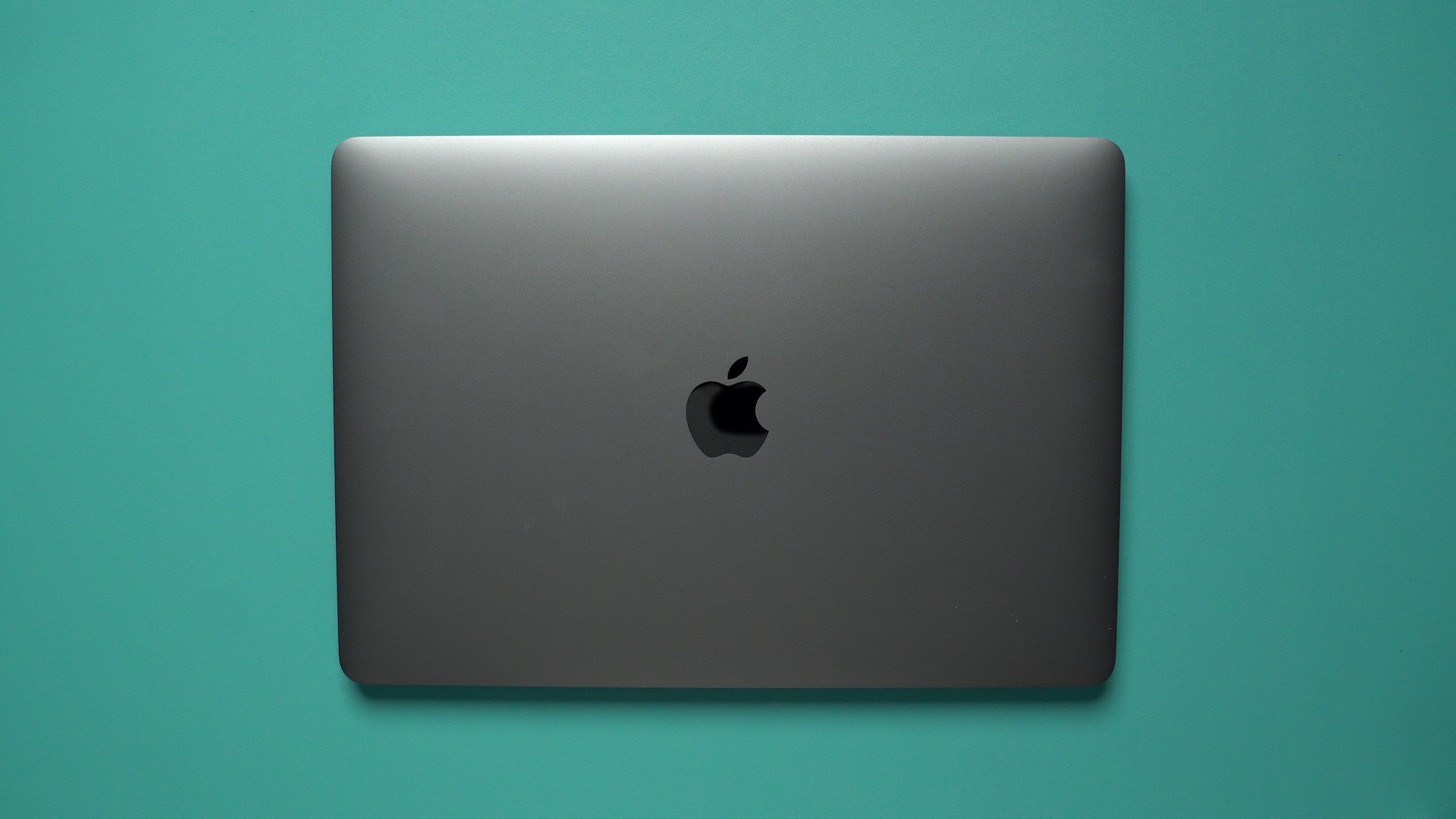 Apple’s MacBook Pro also has better battery life. Apple says that it gets up to 20 hours, and while we haven’t quite seen it hit that maximum (which is for watching videos), it’s outlasted the Razer Book. The Razer Book can last for up to nine hours.

The base model Razer Book with 256GB storage, 8GB RAM, and the aforementioned 11th-generation Core i5 Intel chip, and Intel Iris Xe graphics is priced at $1200, so it’s $100 cheaper than the 13-inch ‌M1‌ MacBook Pro that also comes with 256GB storage and 8GB RAM. 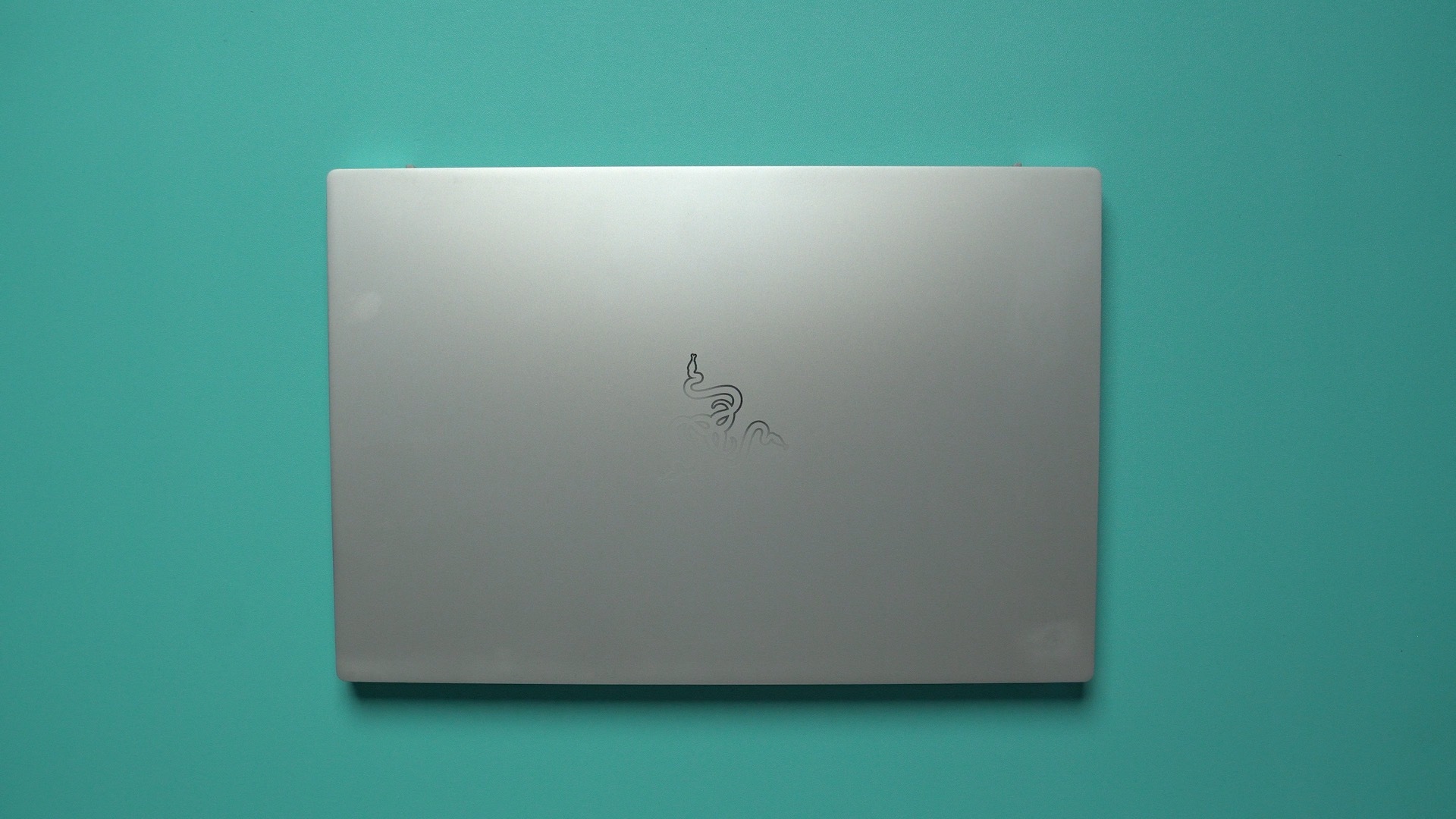 All in all, though, these are similar machines and while the ‌M1‌ MacBook Pro wins out in terms of performance and efficiency, the Razer Book 13 is a capable laptop for those who need or prefer the Windows operating system.Tag: Razer
This article, “Comparison: M1 MacBook Pro vs. Razer Book 13” first appeared on MacRumors.com