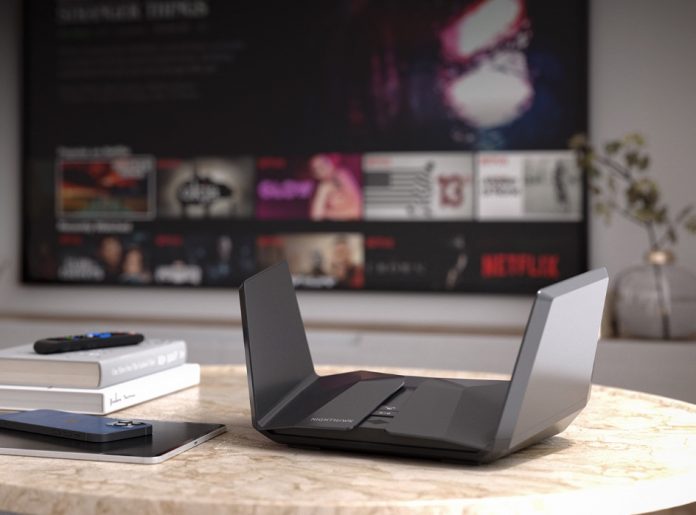 Netgear today announced the launch of the Nighthawk RAXE500 Tri-band Wi-Fi router, which is Netgear’s first router using upgraded Wi-Fi 6E technology. Wi-Fi 6E takes advantage of the new 6GHz band, which is free from interference and congestion and allows speeds up to 10.8Gb/s.

Wi-Fi 6E’s spectrum is ideal for households that have a multitude of Wi-Fi connected devices in use because it allows networks to support more devices.

“The proliferation of Wi-Fi over the last few decades first stressed the 2.4 GHz band and then eventually the 5 GHz band with Wi-Fi 4, 5, and 6,” said Phil Solis, research director at IDC. “As regulatory bodies around the world open up the 6 GHz band, Wi-Fi 6E networks will provide enabled devices with the breathing room to use large channels even in dense and congested areas with higher average data rates and lower latency.”

The Nighthawk RAXE500 offers up to 200 percent more available spectrum than dual-band (2.4GHz and 5GHz) routers, and since there are few devices on the 6GHz band, it allows for lower latency. There are four streams of 6GHz, four streams of 5GHz, and four streams of 2.4GHz to reduce network congestion.

There’s a 64-bit 1.8GHz quad-core processor in the Nighthawk RAXE500 along with a 2.5G Ethernet port and five additional Gigabit ethernet ports.

Netgear plans to begin selling the Nighthawk RAXE500 in the first quarter of 2021, and it will be available from the Netgear website for $600.Tags: NETGEAR, CES 2021
This article, “CES 2021: Netgear Launches Tri-Band RAXE500 Wi-Fi 6E Router” first appeared on MacRumors.com