Apple Maintained Its Dominant Share of the Wearables Market in 2020 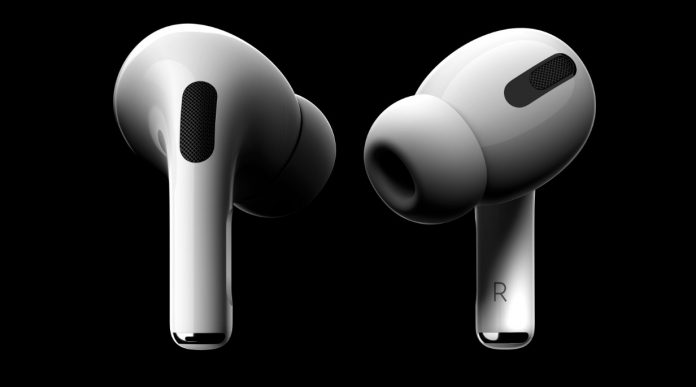 Apple maintained a strong lead in the true wireless headphones market in 2020, with its popular AirPods making up over a quarter of all shipments, based on a new report.

According to Counterpoint Research, Apple products comprised 29% of true wireless stereo (TWS) shipments in Q3 2020, while its Apple Watch made up 28% of all smartwatch shipments. With respect to the wearables market – divided into five segments, of which earwear and wristwear comprise the majority of devices – Apple consistently outperformed the competition, despite its products typically costing more than rival offerings.

That said, budget offerings still showed big potential, with Xiaomi consolidating its number two spot in the rankings with a 13% market share, while half of the top 10 were budget brands with sub-$50 and even sub-$20 offerings.

Counterpoint Research expects the wireless headphones industry to grow 83% to 238 million units this year, thanks in part to the lack of a headphone jack on smartphones and the removal of earbuds from smartphone boxes – trends that Apple inaugurated.

“The trend around removing jacks and earphones from devices and boxes is becoming a big driver for TWS segment growth,” said Counterpoint Research senior analyst Liz Lee. “It also helps that mobile media consumption continues to grow, making TWS the next must-have accessory.” 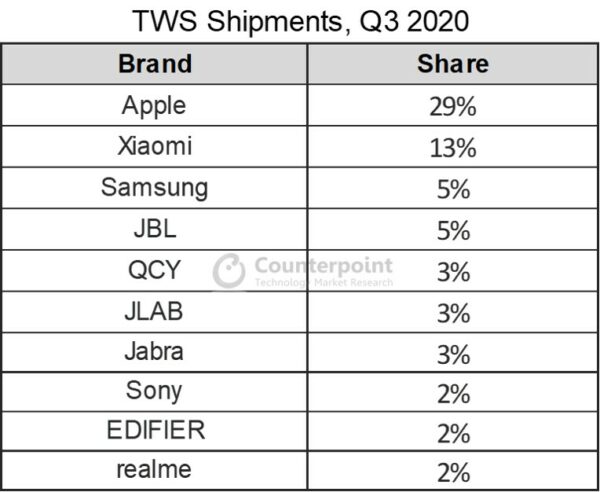