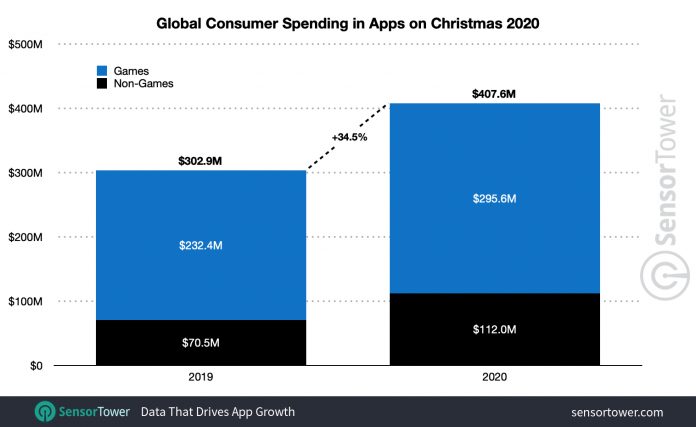 A new report by Sensor Tower reveals that 2020 has been a record-setting year for worldwide spending on the Apple App Store and Google Play Store, which collectively passed $100 billion in a single year for the first time ever in November.

The trend of increased spending continued over Christmas, when consumers around the world spent an estimated $407.6 million across Apple’s ‌App Store‌ and Google Play. This represents a 34.5 percent year-on-year growth from approximately $303 million in 2019. At the same time in 2019, spending only increased by 17.1 percent year-on-year.

Spending on Christmas day constituted 4.5 percent of December’s total spending so far, which reached nine billion dollars globally on December 27. The majority of holiday spending was on mobile games, which climbed by 27 percent from $232.4 million at the same time last year to $295.6 million.

Tencent’s “Honor of Kings” was the leading game with approximately $10.7 million in consumer spending, which is a 205.7 percent increase from Christmas 2019. TikTok was the top app for spending outside of games, generating $4.7 million globally.

In the United States, consumers spent almost $130 million across both app stores this Christmas, which is a 38.7 percent growth year-on-year and exceeds global growth by six points. 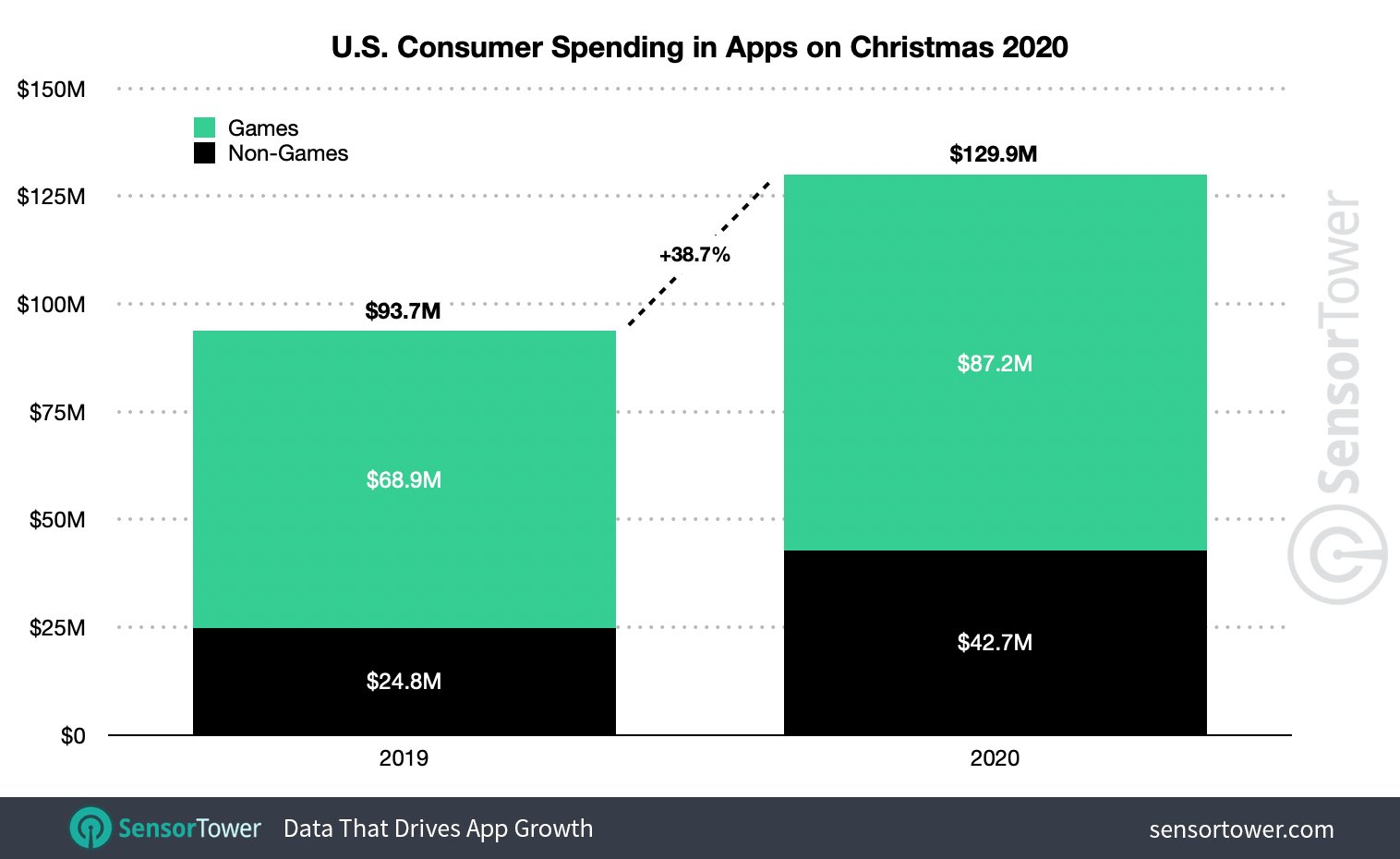 “Roblox” was the top mobile game in the U.S., with consumer spending climbing 40.4 percent this Christmas from $4.7 million to $6.6 million. Disney+ was the leading non-game app for consumer spending, generating $2.6 million in the U.S., which was up 44.4 percent from $1.8 million at the same time in 2019.Tags: App Store, Sensor Tower
This article, “Study Finds More Than $100 Billion Spent on App Stores in 2020” first appeared on MacRumors.com

Facebook
Twitter
Pinterest
WhatsApp
Previous articleSamsung Galaxy Note 10+ begins receiving the One UI 3.0 (Android 11) update
Next articleAirPods Max Switching to ANC in Only One Cup? Here’s How to Fix It
- Advertisment -