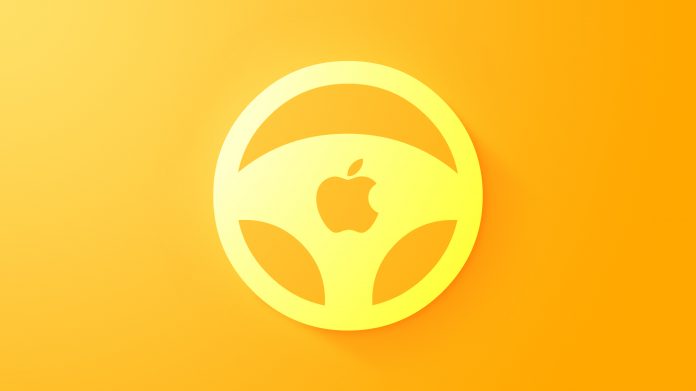 Apple’s long-rumored electric vehicle is running at least two years ahead of schedule and will be released in the third quarter of 2021, according to Taiwan’s Economic Daily News, which cites unnamed executives at Taiwanese manufacturers.

The report claims that Taiwanese manufacturers are preparing to ramp up for production of “Apple Car” components as early as the second quarter of next year, adding that Apple has been secretly testing dozens of prototype vehicles on the road in California. Apple received a permit from California’s DMV to test self-driving vehicles in 2017, and it was spotted using Lexus SUVs rigged with LiDAR equipment that year.

While many sources have claimed the Apple Car will be released between 2023 and 2025, including analyst Ming-Chi Kuo, the report cites an unnamed director at a major Taiwanese manufacturer who said Apple is targeting a September 2021 launch.

While anything is possible, the earlier timeframe is questionable, especially due to the impact of the pandemic. Earlier this month, a DigiTimes report claimed that Apple was in “preliminary” negotiations with automotive electronics suppliers, suggesting that its vehicle project still remains in the fairly early stages. The report added that Apple’s chipmaking partner TSMC is reportedly working with Apple on a “self-driving chip.”

Over the years, reports have flip flopped on whether Apple is developing a full-fledged vehicle or working on artificial intelligence and autonomous driving technologies for vehicles in general. Apple’s artificial intelligence chief John Giannandrea recently took over leadership of the project, according to Bloomberg’s Mark Gurman.

Given that automakers often announce all-new vehicles years in advance, one possibility is that the Apple Car will be previewed in late 2021, but not released. For now, though, the report should be treated with a healthy dose of skepticism.

Economic Daily News has a mixed track record with Apple rumors. The publication accurately revealed that Apple would be releasing a repurposed iPhone 8 in March 2020, nearly a year before the second-generation iPhone SE was unveiled, and it also nailed down the 11-inch iPad Pro. On the contrary, the publication inaccurately reported that a high-end gaming Mac would debut at WWDC 2020 and that AirPods Pro would come in several colors.Related Roundup: Apple CarTags: Economic Daily News, Apple Car
This article, “Sketchy Report Says Apple Car is Years Ahead of Schedule, Will Debut Next Year” first appeared on MacRumors.com