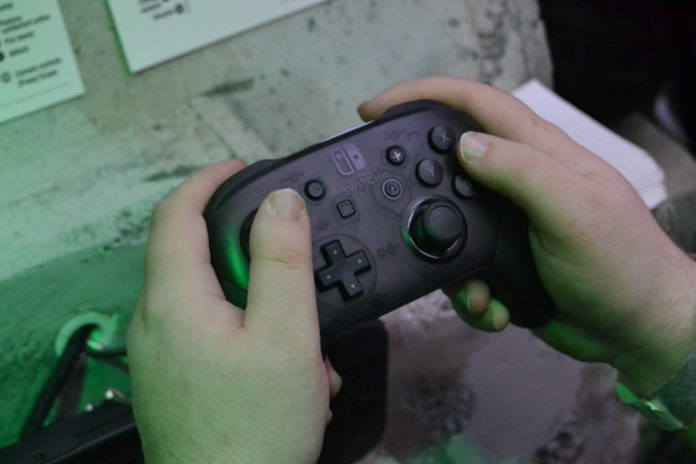 The Nintendo Switch provides plenty of ways to control your games, including the “traditional” setup with two Joy-Con controllers, just a single Joy-Con, and even a touchscreen, but nothing allows you to play with more precision than Nintendo’s Switch Pro Controller. The optional to some, but essential to others, peripheral control sticks and buttons rival those of the Xbox One, but you won’t be able to get the same battery life out of the Switch Pro Controller. With a 1,300mAh internal lithium-ion battery, you’ll need to keep it charged if you want to use it for long periods of time. Here are some tips for getting the most out of your Nintendo Switch Pro Controller battery.

Keep it plugged in, even without the Nintendo Switch

The Nintendo Switch Pro Controller comes with a USB-C to USB-A cable for connecting it to the console’s dock. Most people leave the Switch in the dock when it isn’t in use, either turned off or in its sleep mode while it charges. This is also the optimal time for charging your controller.

It seems obvious, but we would be remiss if we didn’t point out that you don’t need to keep your Pro Controller near the Switch to charge it. If you’re taking your console with you somewhere, you can still plug the Pro Controller into the dock and allow it to charge while you’re gone. As long as the orange light is lit up on the top of the controller, it’s charging.

If you run out of battery in the middle of a game and need to keep using the Pro Controller, you can plug it into the dock as well, but we suggest getting a longer cable than the one included in the box. We recommend at least a 6.5-foot cable that will allow you to keep relaxing in your chair while the controller is plugged in.

Use the right third-party charging dock

If you play games in a larger room and don’t want to charge the Switch Pro Controller directly from the dock, you can always use a third-party charging dock instead. In our experience, the Pro Controller tends to lose more power when turned off than other first-party gamepads, so keeping it in a dock will ensure you’re never surprised by a dead battery. There are a few of these docks available, but they differ in more ways than just the brand name printed on the box.

PowerA manufactures charging cradles for a variety of consoles, and we’re particularly fond of its PlayStation 4 cradle, but the company took a different approach with its Pro Controller dock. It allows you to charge a Pro Controller and two Joy-Con controllers at the same time, but it only comes with a USB cable for charging, meaning that you’ll still have to use the port on your Switch in order to charge anything, which defeats the purpose of having a dock at all.

Nyko, on the other hand, took a more traditional approach with its Charge Block Pro controller dock. It can plug into a wall outlet as well as a USB port, and though it doesn’t allow you to charge Joy-Con controllers, you can connect multiple docks together and charge them all through one outlet. A small dongle attachment also allows you to quickly dock and pick up the controller with one hand, so you don’t even need to put down your Switch system.

Turn it off when not in use

All controllers for the Nintendo Switch will automatically turn off when the system is set to sleep or completely shut down, but they won’t do so when the system is idle. This is far from ideal, particularly if you decide to swap control schemes halfway through a game and put your Pro Controller down — by default, it will still be turned on and ready to go, wasting battery.

There are two ways you can turn your Pro Controller off without shutting down the Switch completely. The first requires you to go to the console’s controller settings, which are located at the bottom of the screen on the home menu. From here, pick up the controller you wish to use in place of the Pro Controller, turn it on, and select Change Grip/Order. This will turn all controllers off, and you can follow the on-screen button prompts to pair your new controller to the system instead.

There is another way to turn your controller off that is even easier, however: press the Sync button on the top. Doing so immediately kills the power, and doesn’t desync the controller from your Switch — go figure!

Keep the Joy-Con controller attached to the Switch

If you’re using the Pro Controller, make sure you still keep the Joy-Con controllers attached to the Nintendo Switch system. When it’s docked, these controllers will also charge, giving you a backup in case your Pro Controller happens to die. They’ll even charge when the Switch is running on battery power, perhaps if you’re using the system in tabletop mode. However, this will be limited depending on how much battery the Switch itself has. For best results, keep it plugged in with its AC adapter.

Finally, an easy transfer tool to move your photos from Apple to Google!