Galaxy S21+ ‘unofficial review’ video leaves nothing to the imagination 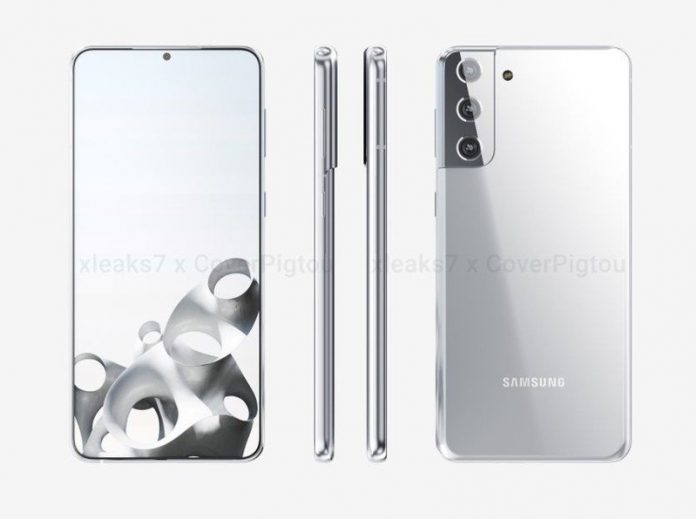 The video shows off the Snapdragon 888-powered variant of the phone. Just yesterday, the first high-resolution press renders of the Samsung Galaxy S21 leaked online, giving us our best look yet at the upcoming flagship phone. A “review” video of the Galaxy S21+ has now been posted on YouTube, confirming nearly all of the key tech specs of the successor to one of Samsung’s best Android phones of 2020.

The video, which comes courtesy of a YouTube channel called Random Stuff 2, shows off the Galaxy S21+ from nearly every angle. As shown by leaked renders of the phone, the Galaxy S21+ will feature a flat display with a centered hole-punch cutout.

As for the tech specs, the video confirms the Galaxy S21+ will come with a 6.7-inch Infinity-O display with an improved in-screen fingerprint sensor. The pre-production unit seen in the video is powered by Qualcomm’s Snapdragon 888 chipset, paired with 8GB of RAM and 256GB of storage. In the camera department, the video reveals a triple-camera setup featuring a 64MP primary sensor, a 12MP ultra-wide lens, and a 12MP telephoto lens with 3x optical zoom. A few camera samples can also be seen in the video.

Unsurprisingly, the Galaxy S21+ is currently being tested on Android 11. However, as warned by the reviewer in the video, the software is yet to be fully optimized. According to latest rumors, Samsung will be holding an Unpacked event to unveil the Galaxy S20 series on January 14. It is also expected to take the wraps off the Galaxy Buds Pro at the same event.