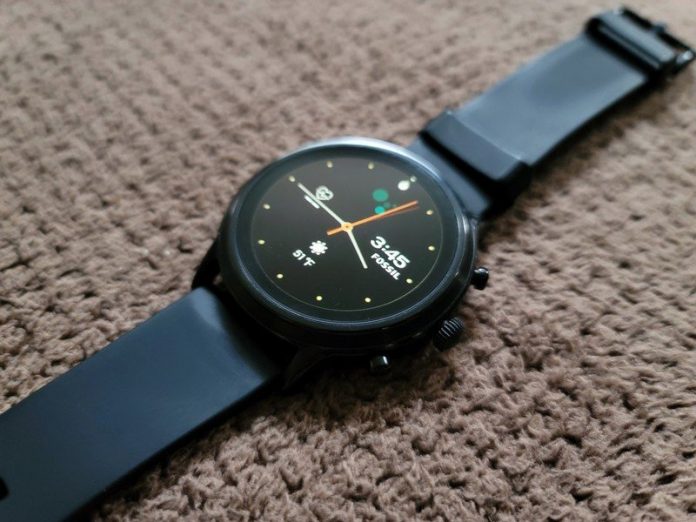 A small step forward for Fossil.

Fossil is known to be arguably one of the better, and possibly best Android smartwatch manufacturers, at least when it comes to Wear OS. While Google was seemingly twiddling its thumbs on the OS, Fossil was pumping out great hardware and even taking some responsibility for the software. While the launch of the Fossil Gen 5E was an unexpected half-step forward, new filings point to a fairly dramatic change coming to Fossil smartwatches.

FCC filings of an unknown Fossil smartwatch with the model number C1NF1 have emerged and include a list of supported LTE bands. We can at least guess that Fossil’s next batch of smartwatches, likely dubbed “Fossil Gen 6”, will be the first Fossil-branded smartwatches to include LTE support.

Fossil smartwatches have often been deemed some of the best that Wear OS has to offer, which may not amount to very much, but the company actually does its best to make Wear OS manageable. This is likely why Google snatched up Fossil’s R&D last year. Since then the company launched the Gen 5 line of smartwatches, which were among the only to feature 1GB of RAM and the Snapdragon Wear 3100, along with great designs. Speaking of designs, while not much is known about what the Fossil Gen 6 smartwatches will look like, the FCC filing also included photos of the display, which don’t show off much.

The addition of LTE could open up Fossil smartwatches to be sold with carriers and bundled with smartphones, which would boost sales for the company. That said, it’s currently unclear if the upcoming smartwatches will be powered by the new Qualcomm Snapdragon Wear 4100 chipsets, as rumors previously indicated that might not be the case. If so, that would be a major blow for fans of the Fossil brand who were looking forward to upgrading to the next version. Fossil Gen 5 smartwatches may be over a year old, but a few updates have allowed these watches to hold up fairly well, offering the best that Wear OS has to offer and great support from Fossil.