Home How to Cyberpunk 2077: Best settings to change to improve PS4 performance
How to 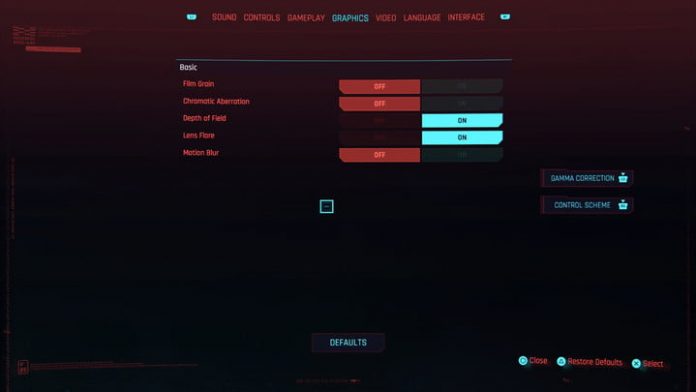 Cyberpunk 2077’s launch has been quite rocky — due in part to its poor performance, particularly on consoles — so much so that a substantial amount of buyers have been inquiring about refunding the product across all platforms. While there has been a performance patch since the game’s release, it still doesn’t look or run amazingly on consoles. Players have found that on base level previous generation systems (PlayStation 4 and Xbox One), Cyberpunk 2077 takes the biggest hit from a technical standpoint.

However, with the PS4 version, you can alter a handful of settings to improve its quality. These settings won’t fundamentally change the way the game plays — and if you didn’t love it originally, altering these settings likely won’t change your mind — but, at the very least, they offer a noticeable improvement over what’s available by default. These are the best settings to change to improve Cyberpunk 2077’s PS4 performance.

To alter the game’s visual settings, press the Options button on your DualShock (or DualSense if you’re on PS5) and jump into the Settings. Tab over to Graphics by pressing R1 and you’ll see a list of options you can change. Here are the recommended settings:

It can be tough to tell, but having the settings listed above will make the image look slightly sharper than it is by default. We also highly suggest tabbing over to Video and turning off HDR Mode completely. Doing so will give you a clearer image that would otherwise look dark and muddy.

Here’s a comparison showcasing the difference between default settings and adjusted settings.

Again, it can be tough to tell, but the image on the bottom is slightly clearer. Look at the pipe on the left side of the screen. The top image is a bit more blurry and muddy.

Oddly enough, disabling HDR improves the visuals, which is counter to what you might think. For some reason, enabling HDR causes much darker-looking visuals to appear on screen, making it harder to read.

Changing these settings will only slightly impact your experience, but until CD Projekt RED issues out a major patch that addresses all of its visual shortcomings, you’ll have to make do with what you have. Keep in mind, the game runs best on PS5, slightly worse on a PS4 Pro, and even worse on a base PS4, so your mileage will vary depending on the machine you have. On consoles, you can only play the game at 60 frames per second if you’re on a PS5 or Xbox Series X, which does look way better than its last-gen counterparts.

How to watch Netflix with friends

Check out the latest and greatest way to watch your favorite Netflix shows with friends -- no matter where they are. Here's what to use and how to set it up.
Read more

How to set up a Routine on your Alexa device

The launch of Cyberpunk 2077 has certainly been rocky due to its poor performance on consoles. Here are the best settings to change to improve PS4 performance.
Read more

Google and Qualcomm partner up to support four generations of Android

Over the past year, Google and Qualcomm have been hard at work trying to prolong the life of today’s phones with more software updates. And why shouldn’t they? Smartphones these days are the most powerful they’ve ever been, and more expensive than ever. We should all get as much life out of these devices as possible, and not be restricted due to the lack of OS and security updates.Together the two companies have now announced that all Qualcomm chipsets will support four versions of Android and four years of security updates, starting with the Snapdragon 888.Hold the phone though, because that four generations of Android includes the initial version of the OS your handset ships with. So what this actually means is, your phone will support up to three Android OS updates and up to four years of security updates.If you’re using a Pixel phone or a recent Samsung flagship, not much has changed. Both Google and Samsung have already promised three generations of Android OS updates, but this does add an additional year of security updates to the mix.The real winner here will be low-end and mid-range Android phones, because now all of Qualcomm’s chipsets will support three generations of Android OS updates. However, this in no way guarantees you will receive three OS updates or four years of security updates on your Android device.That responsibility is still solely on the manufacturer of your phone. The only difference being that now the blame cannot be placed on Google or Qualcomm for the lack of updates. Still, this is fantastic news for the Android platform as a whole. All we have to do now is keep the pressure on OEMs to continue updating its lineup of phones at all levels, whether it be a $1000 flagship or a $200 entry-level smartphone.
Read more