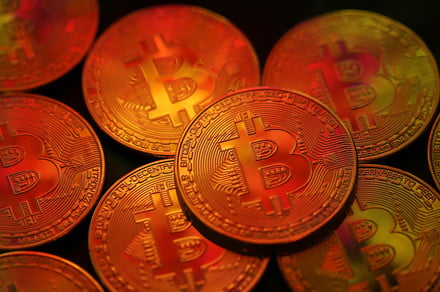 The popular cryptocurrency Bitcoin is setting new records. This morning, December 1, the prices on the highly volatile digital currency reached just under $19,860, breaking past its previous all-time high of $19,783 (set in December 2017) before falling in value again.

Bitcoin has seen a number of price surges this financial quarter, and there are a lot of reasons as to why this is happening. One key reason is a PayPal deal that would allow users to buy, hold, and sell virtual cryptocurrencies using their PayPal balances. Government spending and current interest rates are also factors, as is the COVID-19 pandemic. Fidelity, a financial services corporation, also launched a Bitcoin fund for its wealthy investors in August 2020.

Bitcoin, though, is still quite a risky investment when compared to the U.S. dollar or the values of gold and other rare metals. After surging past its previous record value earlier on December 1, prices dropped on the cryptocurrency again, bringing it closer to around $19,000 dollars. Before that, the value dropped even lower, to $18,313, according to data seen on CoinMarketCap. The value is often hard to predict, and it does not always sway with world events like stock prices often do.

This rise, and then drop, in value could also be attributed to hoarding (or “hodling”), and a rush to invest or “mine” the cryptocurrency with the right resources. It is not uncommon, though, as when Bitcoin hit its previous high value in December of 2017, it saw prices drop thousands of dollars just a few months later.

Still, since Bitcoin is the leading cryptocurrency, it does have an impact on many others on the market. When Bitcoin values rose on December 1, so did prices on Ether, peaking at around $636, according to Gemini. Even with the fall, prices on other cryptos like Litecoin, are trending upwards.

Digital Trends does not offer investment advice on the buying and selling of cryptocurrencies.

Facebook
Twitter
Pinterest
WhatsApp
Previous articleLast Chance: Save $200 on the Dell XPS 13 for Cyber Monday
Next articleThe luxury Porsche Design Huawei Watch GT2 is all about the name
- Advertisment -