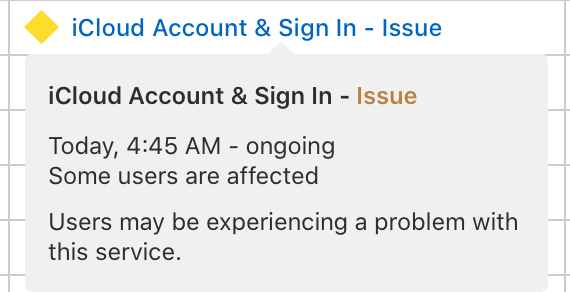 The issue seems likely to be related to activation issues users having been experiencing on our forums. Most notably are a number of users complaining that their new Apple Watch is failing verification upon setup. Users have been reporting this issue in our forums. BeatCrazy writes:

I realize it’s Christmas morning and Apple’s activation servers are probably on overload, but this still seems unnecessarily frustrating.

I got my two kids (<18 yo) Apple Watch SE + Cellular, with plans to activate via Family Setup/sharing. They each already have Apple IDs that are used on iPads regularly.

I’m able to start the pairing process using my iPhone, sign into their Apple IDs with their passwords, but I keep getting hung when Apple wants me to enter the passcode of another device. I’m given options like their iPad passcodes, or one of my Macs. After entering any of these, the watch spins for about 2 minutes and I get the error “Verification Failed – There was an error verifying the passcode of your (or insert family member name here) ‌iPhone‌ (or insert ‌iPad‌/Mac).” Apple gives me a choice to “reset encrypted data”, which I take as an offer to destroy all their existing Apple ID passwords and data – not a good option IMO.

A number of users have responded with similar issues in that thread. Meanwhile, another user reports having trouble with HomePod setup today.

It has been getting stuck in “configuration” even after multiple resets. I have tried removing it from my ‌iCloud‌ account and even signed out of ‌iCloud‌ on the ‌iPhone‌ I was using to set it up. I have tried at least a dozen times and it will not configure, it just gets stuck. I just love spending my Christmas Holiday messing around with electronics that don’t work as expected. Any advice?

Similarly, it seems likely related to a high load of traffic from new Apple users logging into Apple’s verification servers for the first time.

At this point, it seems the best advice would be to wait until later to try again as the traffic dies down.

5 features we want to see in Battlefield Mobile

Review: Google’s Pixel 5a is the 4a 5G’s longer-lasting twin

Want to go shopping and save the environment? We can help.