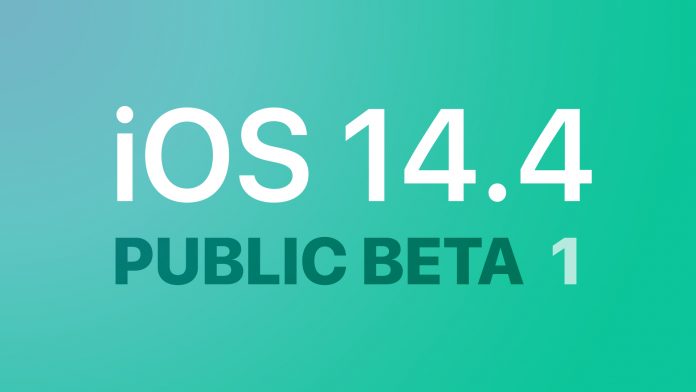 Apple today seeded the first betas of upcoming iOS 14.4 and iPadOS 14.4 updates to public beta testers, one day after providing the beta to developers.

Public beta testers who have signed up for Apple’s beta testing program can download the iOS and iPadOS‌ 14.4 updates over the air after installing the proper certificate from the Public Beta website on an iOS device.

Paired with the HomePod 14.4 beta that is only available to a limited number of testers, iOS 14.4 adds new HomePod mini functionality that takes advantage of the mini’s U1 chip.

There are now visual, audio, and haptic effects when songs are transferred from a HomePod mini to a U1-enabled iPhone 11 or iPhone 12. When an iPhone is near the ‌HomePod mini‌ it begins a soft haptic touch rhythm that gets faster and faster as the ‌‌iPhone‌‌ gets closer until the interface to transfer a song between the ‌‌HomePod mini‌‌ and the ‌‌iPhone‌‌ opens. This functionality will make handoff quicker and more reliable on a ‌‌HomePod mini‌‌ and an ‌iPhone 11‌ or ‌iPhone 12‌, all of which are equipped with U1 chips that let the devices better understand where they are in relation to one another.

There were no other new features or changes found in the first developer beta. The update likely focuses on bug fixes, security enhancements, and performance improvements that weren’t able to be included in the prior update. Related Roundups: iOS 14, iPadOS 14
This article, “Apple Seeds First Betas of iOS 14.4 and iPadOS 14.4 to Public Beta Testers” first appeared on MacRumors.com

It's now easier to return those unwanted Amazon gifts.What you need to knowAmazon is expanding its return window for items
Read more