HomeNewsApple Researching Keyboards With Adaptive Displays on Each Key
News

Apple Researching Keyboards With Adaptive Displays on Each Key

Apple is researching keyboards with small displays on the keys to dynamically change the label on each key, according to a newly-granted patent filing.

The filing, spotted by Patently Apple, is titled “Electronic devices having keys with coherent fiber bundles” and was granted to Apple by the U.S. Patent and Trademark Office on the final patent day of this year.

The patent explains how each key on a keyboard could have “an associated key display” connected to “control circuitry in the keyboard” via a “coherent fiber bundle.” Apple proposes that each key would be “formed from a fiber optic plate” with “opposing first and second surfaces.”

While the patent stipulates that each key would need to contain a small display to provide the label, of which any compatible pixel array would work, the foremost technology put forwards by Apple is OLED. The key may be made from materials such as glass, ceramic, metal, or polymer, or even crystalline materials such as sapphire.

This system would allow the entire keyboard to be “reconfigurable” with labels that can change as needed. The patent highlights that keyboards could be reconfigured “for different languages, to temporarily convert a standard keyboard into a gaming keyboard in which keys correspond to particular in-game actions, or to otherwise modify the behavior associated with pressing the keys in the keyboard.”

There is also the suggestion that each key could provide “visual feedback” to indicate the current status of each key, such as whether it corresponds to an uppercase or lowercase letter or an active ability when gaming.

Images included in the patent suggest that the adaptive keyboard could be used both in a laptop enclosure as well as a separate keyboard for desktop computers. 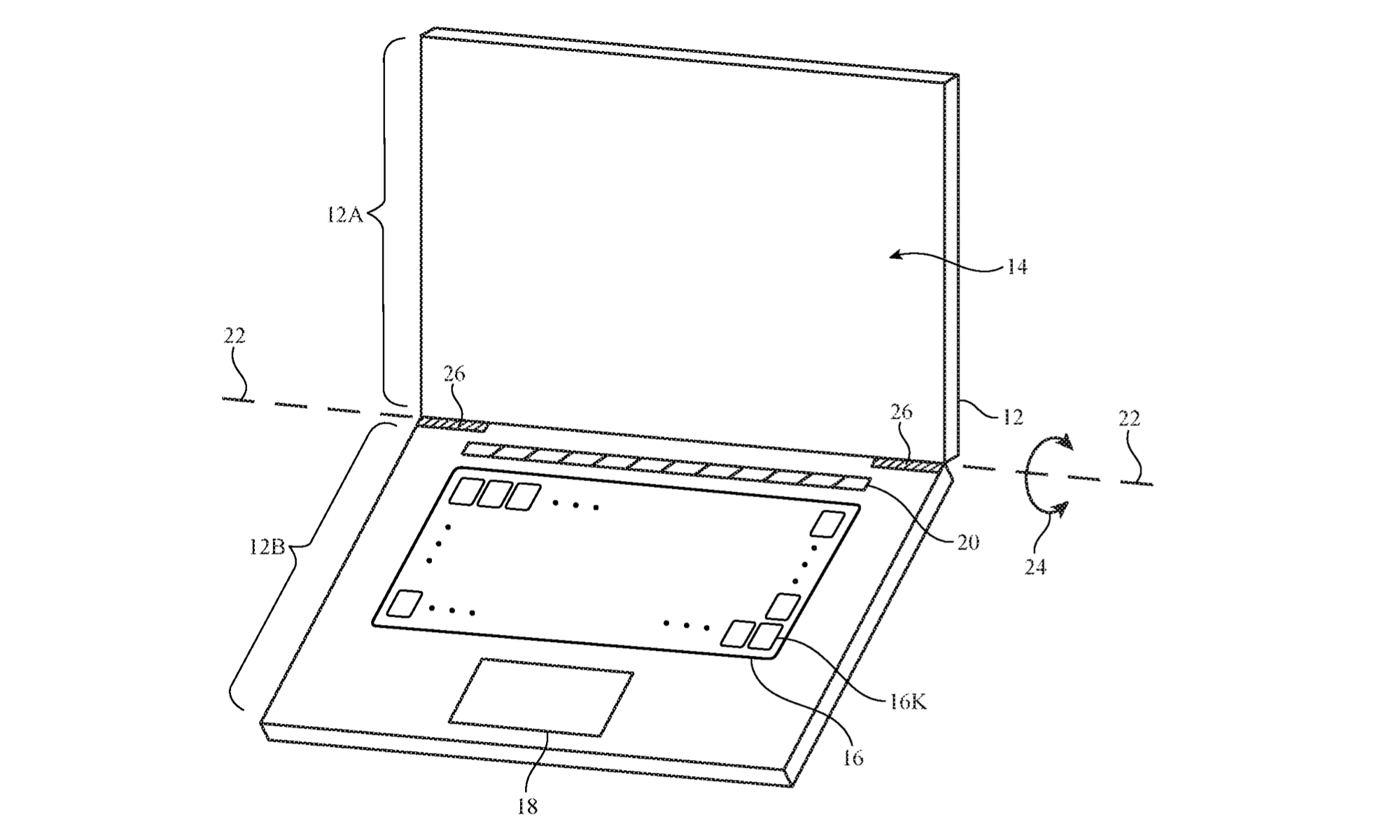 Crucially, this system does not interfere with the dome or scissor switches of physical keyboards. Unlike other Apple keyboard patents, such as one for a static glass keyboard or a full-size touchscreen panel, this proposition explicitly outlines a system to be used with moveable keys, so Apple could theoretically retain the design of its Magic Keyboard.

While patents do not necessarily prove what Apple is intending to bring to market, they can provide an interesting insight into what the company is researching and developing. Considering Apple has demonstrated its interest in adaptive displays on the keyboard through the MacBook Pro’s Touch Bar, it does not seem unlikely that Apple would expand similar technology to each individual key at some point in the future.Tags: patent, keyboard
This article, “Apple Researching Keyboards With Adaptive Displays on Each Key” first appeared on MacRumors.com

Top tips to secure your website from possible hacks

Save $265 on this powerful, portable Dell 2-in-1 laptop today