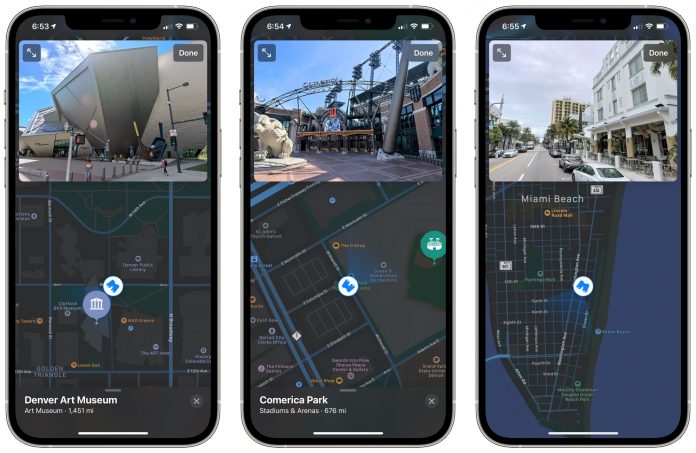 Look Around, which was first introduced in iOS 13, provides 3D street-level imagery in cities where it is available, and it is similar to Google’s Street View.

At launch, Look Around was limited to a handful of cities, but now it is available in 22 cities and regions around the world. Apple maintains a list on its website, but Maps enthusiast Justin O’Beirne also has a more frequently updated list.

Prior to the expansion in several new U.S. cities, Look Around previously became available in Southern Canada with the debut of the redesigned maps app in the country.Tag: Apple Maps
This article, “Apple Maps Look Around Feature Expands to Denver, Detroit, Miami and More” first appeared on MacRumors.com