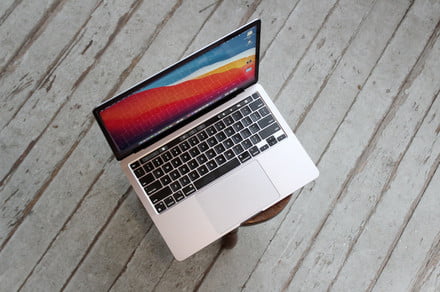 Native Apple M1 versions of Adobe Premiere Pro, Premiere Rush, and Audition are now available for beta testing. Though many features for Premiere Pro are still rolling out in phases,  the three key creative and editing apps will now run a bit better and more efficiently in terms of power on the new Mac Mini, MacBook Pro, and MacBook Air.

This first Apple M1 version and public beta of Adobe Premiere Pro includes all the core editing functions and workflows, like color, graphics, and audio, as well as such features as productions and multicam. You should also be aware that Premiere Pro Beta uses the new captions workflow, which requires you to upgrade the project file format. You should create a copy of your files for the beta testing to avoid compatibility issues. All common file formats are supported in the beta, including H.264, HEVC, and ProRes, but there are a list of known issues to deal with.

Due to early bugs, Adobe still recommends most people to install the latest versions of the app that run through Rosetta 2 emulation, but notes that feedback is still welcome on the M1 optimized versions. Adobe says a phased approach allows it to better validate the performance and functionality for specific parts of the application. Many third-party integrations, including plug-ins, effects, and drivers for transmit hardware, will need to be updated by the developer to run natively on Apple Silicon.

According to Adobe, the M1-native Premiere Rush Beta includes core editing functions, support for H.264 video, and the ability to add titles and audio from Rush’s built-in libraries. As for the Audition beta, Adobe says it shows performance gains for many audio effects, especially when it comes to the Spectral Frequency Editor.

Adobe is planning to release versions of Premiere Pro, Audition, and Premiere Rush with full native support for Apple M1 in the first half of 2021. Photoshop was previously updated in beta for Apple’s M1 Macs in November, and Adobe Lightroom was updated earlier in December. You can try the beta versions of these apps today by installing them directly from the Creative Cloud Desktop application.

Adobe is not alone, as many developers do already seem to be optimizing their apps for Apple’s M1 Macs. Microsoft previously updated Word, PowerPoint, and Excel for the new Apple silicon.