Home News WhatsApp launches disappearing messages. Here’s how to turn it on
News

WhatsApp launches disappearing messages. Here’s how to turn it on 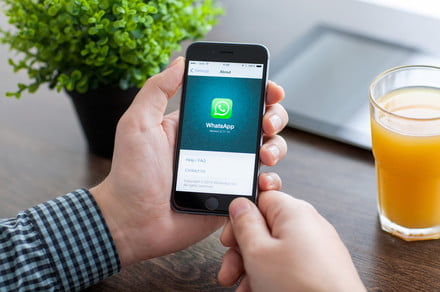 WhatsApp is adding a new option for users that, if enabled, will see chat messages disappear after seven days.

It said it set the timespan at seven days because “it offers peace of mind that conversations aren’t permanent, while remaining practical so you don’t forget what you were chatting about,” adding, “The shopping list or store address you received a few days ago will be there while you need it, and then disappear after you don’t.”

In a person-to-person chat, either of the two participants can turn disappearing messages on or off. In a group chat, admins control the feature.

WhatsApp users can enable disappearing messages by going to a contact’s information page and tapping Disappearing Messages. If prompted, tap Continue, and then select On. The video at the top also shows you how to manage the feature.

It’s important to point out that there are cases where messages could still be viewed even if the feature is enabled. As per WhatsApp:

– If a user doesn’t open WhatsApp in the seven day period, the message will disappear. However, the preview of the message might still be displayed in notifications until WhatsApp is opened.

Remember that a simple screenshot can preserve a message, too.

Finally, it’s also worth noting that photos and videos received to WhatsApp are saved to your photos by default. If you enable the disappearing message option, media sent in the chat will disappear after seven days but will be saved on the phone if auto-download is on. If you don’t want this to happen, you can turn off auto-download by going to a contact’s information page, tapping on Save to Camera Roll, and selecting Never.

The new WhatsApp feature lands for all users globally this month.

New to WhatsApp? Here’s how to use it.