Home How to What is PlayStation Plus?
How to

What is PlayStation Plus? 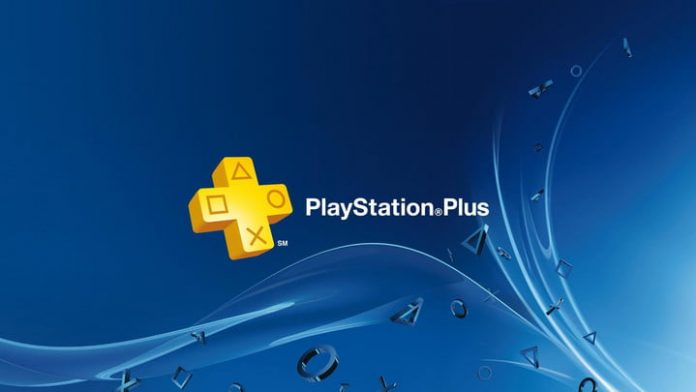 Though Sony’s PlayStation Plus service has been around for over a decade, it has gone through some changes over the years. What started as a means to try out new games has evolved into a tremendous subscription service — giving you loads of perks and benefits. Now that the PS5 has launched, many consumers will either be continuing to use their existing membership from PS4 or will be starting a new membership for the first time.

In this guide, we’ll let you in on everything you’ll need to know about PlayStation Plus, from the perks it includes, to its cost, and much more.

What is PlayStation Plus?

PS Plus originally came to the PS3 back in 2010, with the added benefit of offering players a handful of games each month for a yearly fee. These games are often referred to as “free” since you did not need to buy them individually. While the games were not technically free since you did have to pay for the membership, it was a relatively inexpensive way to try out games you wouldn’t have purchased otherwise. The great thing is that you got to keep these games, so long as you remained an active member.

Since then, PS Plus has expanded, allowing its members to play online with friends, offering steep discounts on the PS Store, and now, with the PS5, giving players access to the PS Plus Collection — a series of 20 fantastic PS4 games. There are other perks that come with each membership, too, which we’ll detail below.

How much does it cost?

Back during the PS3 era, PS Plus was less expensive, though it didn’t offer as many benefits as it does today. Currently, there a few options for purchasing PS Plus. The options are as follows:

You can purchase PS Plus through your PlayStation system via the store, from the website or app, or by using prepaid cards sold at retailers. Typically, PS Plus remains around the same price, though various retailers sometimes offer discounts on yearly memberships during the holidays. If you do purchase PS Plus through a PlayStation system using a credit card, you’ll automatically be set up to renew each year unless you turn this feature off. Parents will often opt to use the prepaid cards so their kids don’t go on a buying spree using a credit card.

What are the benefits?

The main reason to get PS Plus is to play online, as you must be a member in order to utilize multiplayer functionality across all games. There are some games that don’t require PS Plus to play online, like Fortnite and Apex Legends, but by and large, you’ll need a membership to play most games online. As a rule of thumb, free multiplayer games typically don’t require PS Plus to use their online services.

Online play used to be free across the board on PS3, but starting with the PS4, Sony opted to make it a paid service to compete with Xbox One. Aside from that, each month Sony gives players a handful of games — most of which are often good, if not great. Below are the benefits you get for being a PS Plus member.

A wide selection of deals on the digital PS Store receive an additional discount if you’re a PS Plus member. Sometimes it’s an extra 10% off, and other times, it’s much more. If you head to the PS Store via the PS5 or PS4, you’ll find a slew of games available at a discounted rate for PS Plus members. Even games that haven’t come out yet can be purchased at a discount if you’re a PS Plus subscriber. For example, Hitman 3 — Deluxe Edition is available to pre-order right now for $63.99 instead of $79.99. Even if you only buy a handful of games a year, taking advantage of the discounts can quickly make the membership pay for itself.

PS Plus members gain the ability to use cloud storage. This is a convenient way to manage your saves without having to use an external device for memory. You get 100GB of storage, which is more than enough for most players. Remember to check to make sure auto-syncing is turned on from the Saved Data and Game/Apps Setting menu of your PS4 or PS5 system.

There are other perks PS Plus members gain access to, like exclusive in-game content, the ability to use Share Play functionality, exclusive avatars and themes, and more. One recent perk gave PS Plus members free shipping when ordering a PS5 directly from Sony.

One of the highlights of PS Plus is the “free games” members gain access to each and every month. These games are given on the first Tuesday of every month and take the place of the previous month’s offerings.

In the past, Sony would give away PS4, PS3, and PS Vita games — two of each — but later switched to only giving two PS4 games in 2019. Now, it seems that Sony may be bumping up the monthly offering to three games — two PS4 and one PS5 game. While this hasn’t been confirmed, November’s PS Plus list featured its first PS5 game, Bugsnax, while Sony has confirmed that Destruction All-Stars will be included with February 2021’s offerings.

Remember, you get to keep the games you get with PS Plus so long as you remain a member. If you let your membership expire, you can gain access to them again by re-subscribing. And even if you don’t intend to play any of the games offered through PS Plus, you should still add them to your library, just in case. Typically, the quality of games offered each month is at least decent. Some months are better than others, but at the very least there should be a handful of games you’ll like throughout the year.

What’s the PS Plus Collection?

One of the newest PS Plus benefits is the PS Plus Collection. This is an additional list of games you gain access to right away on PS5, at no additional cost. The list is full of PS4 games that are backward compatible on PS5, and they remain in your library so long as you’re an active member. For the most part, the PS Plus Collection is composed of fantastic games you absolutely need to play — and what better way than by accessing them through PS Plus? We’ll likely see this list grow over time as more PS5 games come out.

What about a free trial?

If you aren’t a PS Plus member, you can actually try it for free for 14 days by visiting the website here. As long as you’re a new member, the website will grant you access to a free two-week trial, giving you all the perks you get from the paid version. And once it expires, you can carry over your benefits to the paid version. Keep in mind, participating in the free trial requires credit card information and automatically renews for one month at $9.99 if you don’t cancel it beforehand. Previously, certain console bundles or even games offered 14-day trial vouchers, but these have become less abundant over the years.

These are the best screen protectors for the Samsung Galaxy S21

While there is no shortage of standout features on the Samsung Galaxy S21, the feature that is in your face
Read more

The Moto G Stylus (2020) was an interesting proposition when it launched, as it provided a built-in stylus without breaking
Read more

Samuel Tolbert swings by to chat with the crew about Resident Evil Village, aka the 'Tall Vampire Lady' game. They
Read more