Home News The good, the bad, and the ugly of satellite megaconstellations
News

The good, the bad, and the ugly of satellite megaconstellations 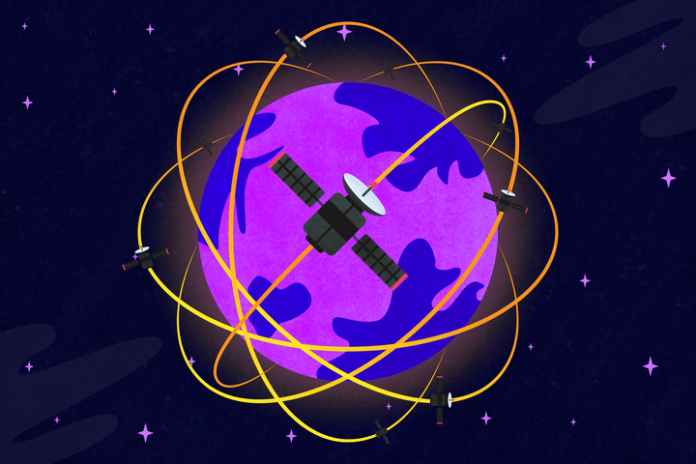 If you’ve been following the development of SpaceX’s Starlink project to create global broadband internet, you’ll have noticed that the company is regularly launching not just individual satellites, but whole batches of 60 satellites at a time.

But not everyone is on board with launching so many satellites into the night sky. Astronomers in particular have complained that such constellations threaten their ability to collect data using telescopes and could hamper scientific progress.

To understand the ins and outs of this complex issue, we spoke to two experts: Olivier Hainaut, an astronomer and leading researcher on the subject of how satellite constellations affect astronomical observations, and Brad King, CEO of a company that makes propulsion systems for satellites used by the U.S. military in constellations.

The good: What satellite constellations can offer that single satellites can’t

One of the biggest advantages of the constellation approach is that it allows networks to be easily upgraded over time. When a system has a single, large satellite, that hardware might take years to build and develop. Once it’s launched, it’s extremely difficult to add functions or to improve hardware.

But with a constellation of satellites, you can gradually improve hardware as you launch. If a company begins deploying satellites and then, after a couple of years, they develop more accurate sensors, for example, they can easily fit the new sensors into the next batch of satellites and deploy them. The existing satellites can still work together and the fleet can be gradually upgraded.

This also means that, for long-term projects, they can survive budget cuts by reducing the overall fleet instead of scrapping a project entirely. This is important in government programs, which might run for a decade and then have their budgets cut.

For governments and military, there are additional specific advantages of using constellations. “The primary benefit is resilience,” King said. “What you can do with a constellation that you can’t do with one [satellite] is you can be resilient against attacks. If you have one very large, very valuable satellite on orbit, and you have an adversary that wants to deny use of that satellite by damaging it or other means, it really just requires one bullet, if you will, to take that entire capability down.

“Having multiple internet providers available in a region could allow people to access the internet more freely, without restrictions put in place by governments.”

“If you instead have that functionality shared among 100 satellites, then your attack depth has to be much deeper to take the function down. So what it does is provide deterrent against attack. It’s not a big, fat, juicy target tempting an enemy to attack it.”

And once a constellation is in place, it can be used for all sorts of communication purposes. SpaceX’s Starlink program aims to provide global broadband internet, which has many potential advantages. In addition to the potential to provide internet to poor or rural regions that have little or no internet service at the moment, it could also be invaluable for safety purposes by being able to track planes and ships across the globe. And having multiple internet providers available in a region could allow people to access the internet more freely, without restrictions put in place by governments.

The bad: Why constellations have some astronomers up in arms

As with all technological advancements, the launch of satellite constellations comes with problems as well. The last year has seen a sometimes heated debate between SpaceX and the astronomical community over the launching of Starlink satellites.

When satellites are launched, they can leave trails of light across the sky, particularly at twilight. Although some find these trails beautiful, they can interfere with astronomical readings as they are much brighter than the stars or galaxies that astronomers are trying to observe. There is also an issue of whether Starlink satellites, which sit at a particularly low orbit, would be visible to the naked eye and interfere with readings once they were in place.

The International Astronomical Union released a statement in summer 2019 and a follow-up in February of this year, both of which “expressed concern about the negative impact that the planned megaconstellations of communication satellites may have on astronomical observations,” specifically naming Starlink, the Iridium satellite constellation, OneWeb, and others.

SpaceX was quick to address the problems that Starlink caused in optical astronomy, working with astronomers to find a solution. At first, they tried painting the satellites a darker color, which did reduce their appearance but not by enough to satisfy astronomers. So they moved onto a new design that incorporated a visor to act as a sunshade.

“The problem of orbital crowding is increasingly becoming a focus in the space community, with concerns over the amount of junk in orbit around our planet.”

SpaceX has also adjusted the angle of the solar panels attached to the satellites, so that the illuminated part is not visible from the Earth. In combination, these fixes should more or less solve the problem of operational Starlink satellites interfering with ground-based optical astronomy.

There are also some issues with the satellites interfering with radio astronomy. There can be an issue called frequency bleed where satellites emit small amounts of radio waves at frequencies beyond their primary operating frequency, which can cause issues for radio astronomers. There is generally a lot of background noise that radio telescopes have to deal with, and satellite constellations may contribute to this.

SpaceX is working with the astronomical community on this issue as well, and astronomers seem broadly optimistic that a solution can be found.

The final issue with launching large numbers of satellites is not one that has an easy technological fix. The problem of orbital crowding is increasingly becoming a focus in the space community, with concerns over the amount of junk in orbit around our planet. Space debris can be extremely hazardous, threatening everything from the International Space Station to our potential ability to launch satellites affordably in the future.

The main approach to this issue has been for companies to make sure they can responsibly deorbit their satellites once they are no longer needed. When a Starlink satellite comes to the end of its life, or if a satellite is faulty, it’s relatively easy to dispose of because the constellation sits at a low orbit. The satellites just need to be maneuvered into a lower orbit and they’ll fall into the atmosphere and burn up.

Other constellations may sit in a higher orbit. In these cases, it’s easier to send them up into what’s called a graveyard orbit than to bring them down to the atmosphere. But if a satellite fails in a higher obit, it may stay there for a very long time. So some satellites are now being equipped with features like hooks, which make it easier for another satellite to grasp onto and dispose of them.

The ugly: What does the future hold for constellations?

Hainaut emphasized that SpaceX had made efforts far beyond what they were obligated to in order to address problems that Starlink caused for the astronomical community, and he’s confident these problems can be resolved. The issue is, with constellations becoming more popular and being launched by more companies in the future, will these new actors be as considerate of the night sky?

“[SpaceX is] really going out of their way, far beyond what they are legally obliged to do, to resolve the problems,” Hainuat said. “Astronomers have a very good working relation with Starlink, but it is not clear that we will have the same kind of relation with other [companies], because it’s just goodwill.”

Can other companies be trusted to follow SpaceX’s lead? There are treaties and agreements on the use of space, including issues like disposal of satellites when they reach the end of their life. However, many experts argue that these treaties need to be strengthened, and that there need to be consequences for companies that fail to comply with them.

“The problem is, there isn’t a governing body that can really uniformly apply penalties,” King said. “There are strong guidelines and treaties, but enforcement of those is problematic.”

Satellite constellations like Starlink can enable fantastic new steps in telecommunications, but we need to find a way to balance this ability with the need to study the night sky and understand the universe beyond our planet.

“Space is a public commons that we all share,” King said. “There needs to be a lot worked out as a society as constellations start to proliferate … Everybody and nobody owns space, and we all want to share it.”