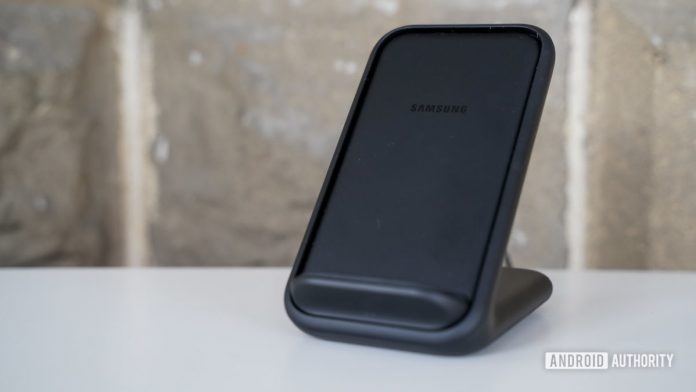 Nearly all flagship smartphones support wireless charging. Therefore, to get the most from your device, you need to have a wireless charging stand or pad. The Samsung Wireless Charger Stand is a simple option that’s best left at home or at the office.

The Samsung Wireless Charging Stand is a good wireless charger for your home or office. It features fan cooling to preserve performance and delivers a swift charge to devices that support it.

Samsung Wireless Charger Stand review: What is it?

The Samsung Wireless Charger Stand is a straightforward accessory for charging your phone. As the name implies, it is a stand, not a pad, which means it holds your phone upright at an angle. I’d call it substantial. It has a wide, flat base, along with a large panel and chin for holding your phone. This particular model does not fold flat for travel, though Samsung has some models that do. That makes the Wireless Charger Stand best for use in a permanent spot, such as a bedside table or office desk. I like that it is stable and holds your phone with no fear of it wobbling off.

Two coils are buried in the stand so you can set your phone vertically or horizontally and still get a charge. This is great if you want to charge while watching a video. However, the stand doesn’t accommodate Samsung’s wireless charging gizmos such as its Galaxy Watch or Galaxy Buds lines. 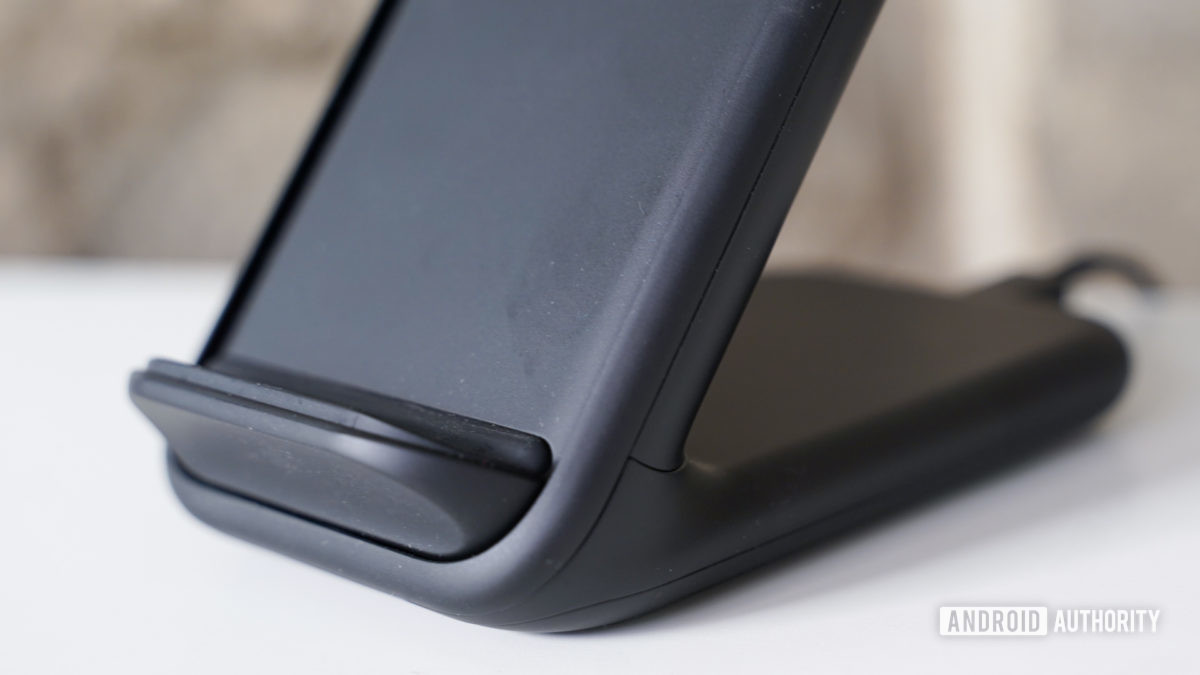 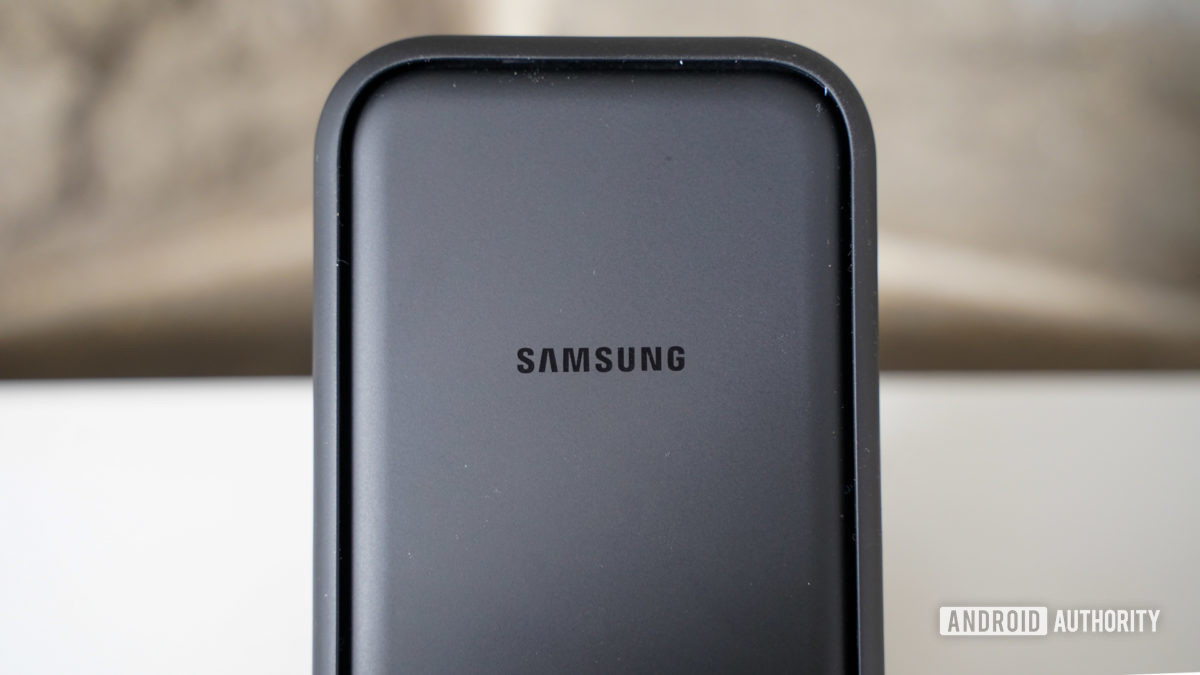 The stand includes a USB-C cable and a charging brick. The brick is an important piece of the equation, and not all chargers include one. Kudos to Samsung for sticking one in the box.

How does it perform? 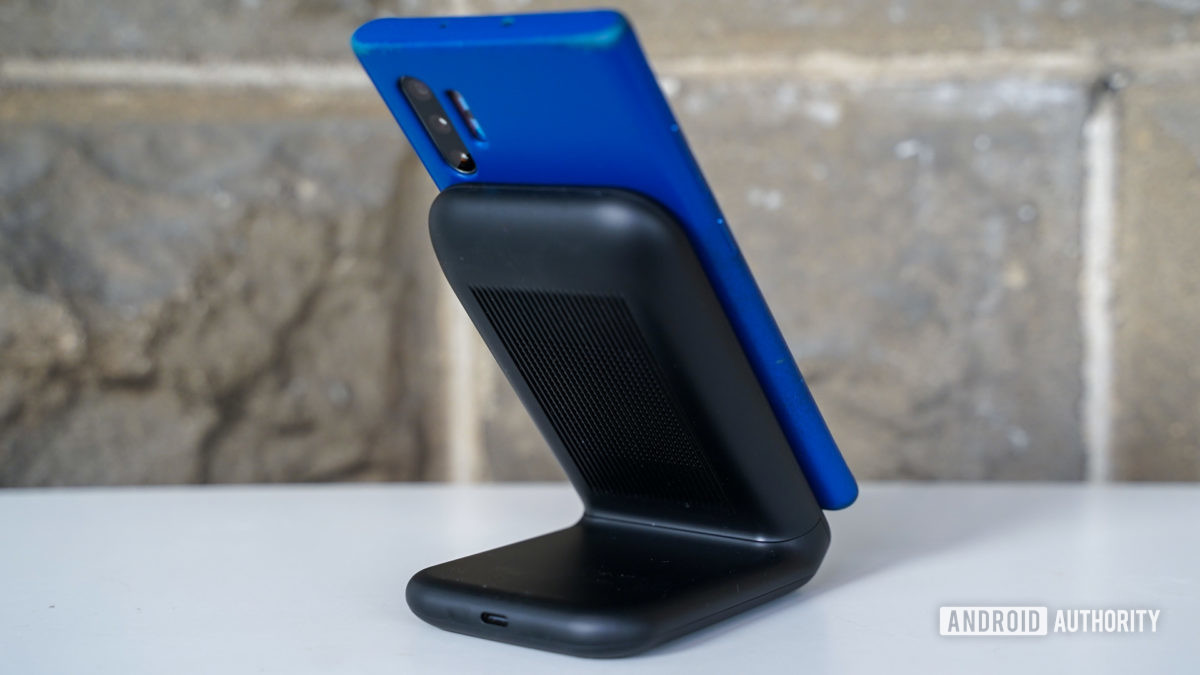 The Samsung Wireless Charger Stand is Qi-based and supports fast wireless charging 2.0 at 15W. The included charger is a 15W brick. The stand features fan cooling to help the charger and your phone charge at full speed without overheating. A small indicator light lets you know the status of your charge, as well as the status of the fan. The fan is silent, so don’t worry about it bothering you while you’re trying to sleep or work.

When tested with the Samsung Galaxy Note 10 Plus, we found it charged the phone rapidly. Most of Samsung’s recent phones natively support the fastest charging rate and thus perform the best. For example, the Note 10 Plus reached 19% in 15 minutes, 39% in 30 minutes, 78% in 60 minutes, and a full charge in just 90 minutes. The iPhone 11 Max Pro charged much slower. It took 50 minutes to reach a 50% charge and a little over two hours for a full charge.

Should you buy the Samsung Wireless Charger Stand? 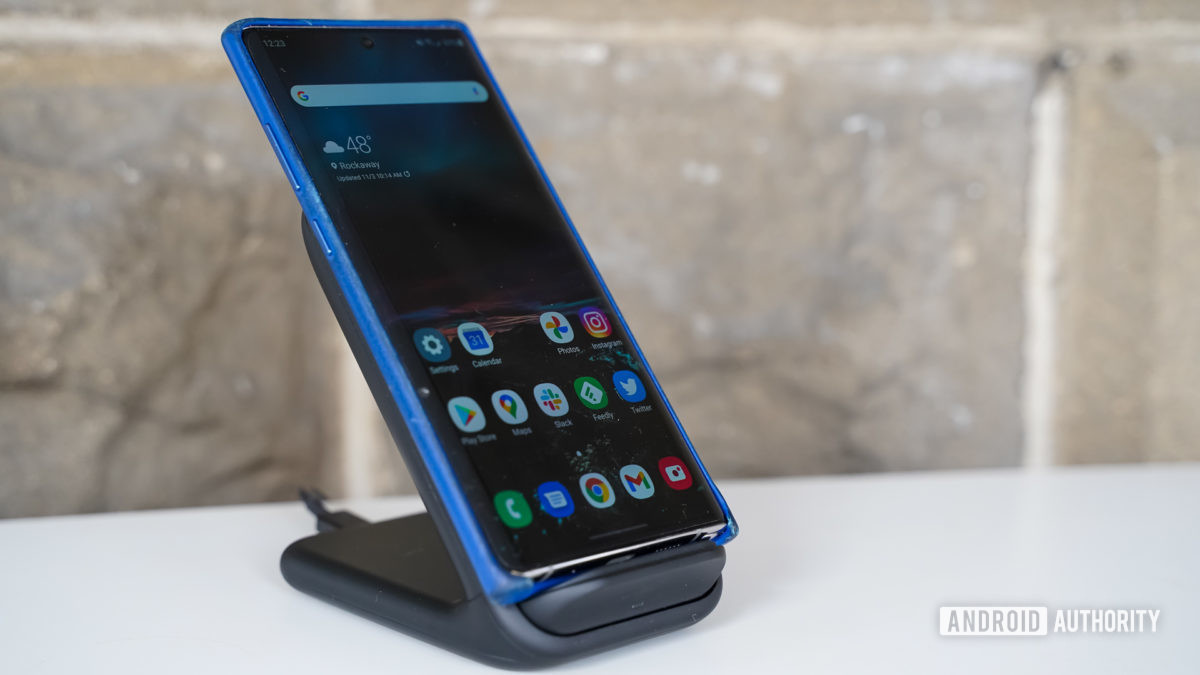 Samsung did a fine job with its Wireless Charger Stand. The device provides a stable platform on which to charge even the largest phones. The included charging brick is a nice extra, while the fan cooling helps your phone attain a full charge quicker and safer.

Amazon sells the Samsung Wireless Charger Stand for $59.99. It’s a little pricey compared to competing off-brand models, but you’re getting a good value for your dollar here.