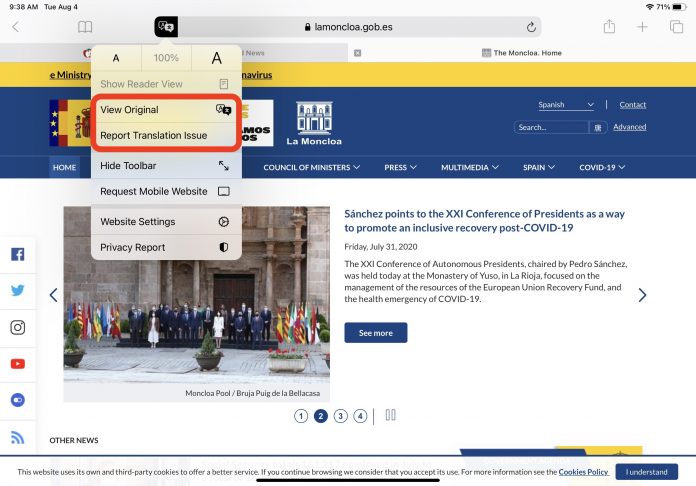 Apple is rolling out its Safari webpage translation to more countries. According to 9to5Mac, users in Brazil and Germany have reported gaining access to the feature for the first time.

Apple introduced Safari’s machine translation earlier this year when it debuted iOS 14 and macOS Big Sur at WWDC in June.