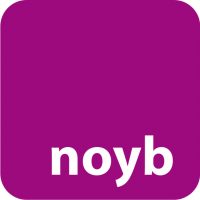 Apple’s device identifier service for advertisers is being targeted by privacy advocates in two complaints to Spanish and German authorities, reports Bloomberg.

A Vienna-based group called NOYB (“None Of Your Business”) has filed complaints with data protection authorities in the two countries, calling for them to outlaw Apple’s “Identifier for Advertisers” (IDFA) service.

Each ‌iPhone‌ that Apple sells comes with the unique identifier, which lets advertisers track the actions users take when they use apps. The group argues that the service allows Apple and various apps to track users and collect data on their web use without their consent.

“With our complaints we want to enforce a simple principle: trackers are illegal, unless a user freely consents,” NOYB lawyer Stefano Rossetti said in a statement. “Smartphones are the most intimate device for most people and they must be tracker-free by default.”

App developers have historically used IDFA to help target users with ads and track the performance of ads across different devices. Next year, however, Apple will require apps to seek customer consent before the IDFA can be used in iOS 14 to track user behavior and preference across apps and websites for ad targeting purposes.

The requirement was announced in June alongside ‌iOS 14‌ and was originally expected to go into force with the release of Apple’s latest mobile operating system, but Apple chose to delay the anti-tracking feature until 2021 to “give developers time to make the necessary changes.”

The delay was announced only after major app developers and ad networks like Facebook spoke out against the feature, with Facebook warning advertisers on its platform that it could cause a more than 50 percent drop in Audience Network publisher revenue due to the loss of personalization from ads within apps. Apple is also facing an antitrust complaint from French advertisers who say it could force their revenue to plummet.

Last year, Mozilla launched a petition urging Apple to implement an automatic monthly reset on identifiers to make it harder for companies to build a profile about users over time. “It’s like a salesperson following you from store to store while you shop and recording each thing you look at,” argued the petition. “Not very private at all.”Related Roundups: iOS 14, iPadOS 14Tag: Europe
This article, “Privacy Group Files Legal Complaints in Europe Targeting Apple’s Device Identifier Service for Advertisers” first appeared on MacRumors.com