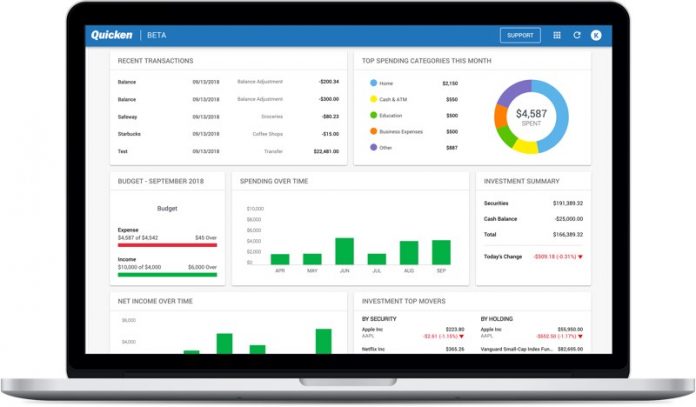 Quicken has released version 6.0 of its popular finance and budgeting software that’s twice as fast on Apple Silicon, according to the press release.

The new version is a universal app that allows it to run natively on Apple’s M1-powered machines for a faster and more seamless user experience, while the interface builds on Apple’s new UI design signature for macOS Big Sur.

“Quicken made a name for itself as the first personal finance solution to be used and trusted by millions of users,” said Quicken CEO Eric Dunn. “As the market leader, we are proud to be on the cutting edge with this announcement of our support for ‌Apple Silicon‌ and Big Sur, featuring an upgraded yet familiar user experience and significantly improved performance. Quicken’s reports run twice as fast on ‌Apple Silicon‌, demonstrating the power of ‌Apple Silicon‌’s new CPU.”

This version promises to make it easier for users to manage all of their financial accounts in one place, with new tabs and icons that can be used to display all transactions across accounts with one click.

New features offer a more seamless experience around account settings and payments, according to the company, and in addition to updates in the Bills & Income section, the update also offers deeper analysis in New Worth Drill-Down Reports.

Quicken for Mac is available from the company’s website. There are several price plans available for Quicken for Mac starting at $35.99 per year, which includes phone and chat support along with a 30-day risk-free guarantee.
Tags: Quicken, Apple Silicon
This article, “New Quicken 6.0 Universal App ‘Twice as Fast on Apple Silicon'” first appeared on MacRumors.com