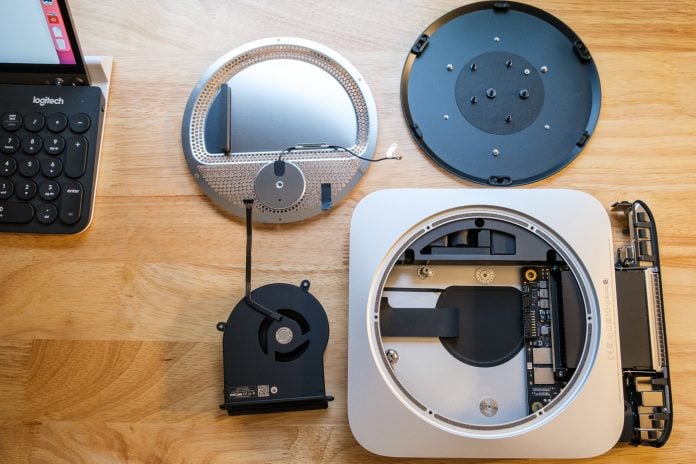 A teardown of the new Mac mini has surfaced on the forum eGPU.io (via Reddit), providing us with a real-world look at Apple’s new M1 chip, which is soldered onto a much smaller logic board than the one found in the 2018 model of the computer. (Note: At the time of publishing, the eGPU.io forum appears to be experiencing downtime.)

The M1 is the silver chip labeled with APL1102, housing the 8-core CPU, 8-core GPU, 16-core Neural Engine, I/O controllers, and more all in one. The unified system memory is also visible on the right side of the chip, and takes up far less space than the standalone RAM modules used in the previous Mac mini, contributing to the smaller logic board. 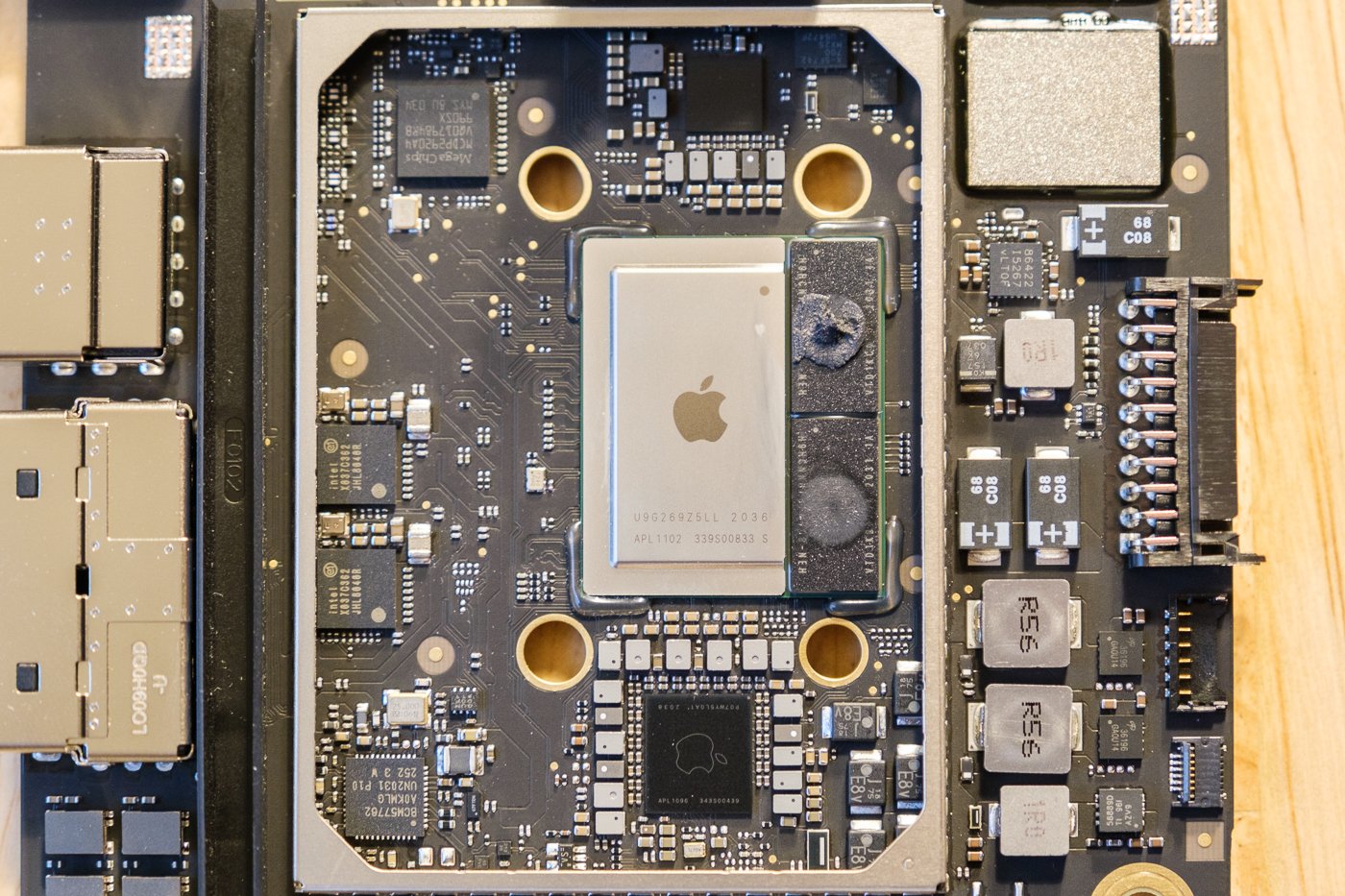 A video teardown of the new Mac mini has also surfaced, revealing that the overall disassembly process is similar to the 2018 model:

There’s also a video teardown of the new MacBook Air, providing a peek inside the notebook, although many components are covered with shielding. We’ll have to wait on iFixit for its more in-depth teardowns of the new Macs for a closer look.Related Roundup: Mac miniTags: teardown, Apple SiliconBuyer’s Guide: Mac Mini (Buy Now)
This article, “Mac Mini Teardown Provides Real-World Look at M1 Chip on Smaller Logic Board” first appeared on MacRumors.com

Google is unifying its global payment apps, as it promised years ago.What you need to knowGoogle today started rolling out
Read more

There are a ton of VPN services out there you could try out this Black Friday, but ExpressVPN may well
Read more

Even if your holiday parties are more spread out or virtual this year, you can still add some spirit to
Read more

As if the company didn't own enough parts of your life.What you need to knowGoogle Pay will soon get "Plex"
Read more