Lightweight Game Launcher that Lets You Play Among Us on PC 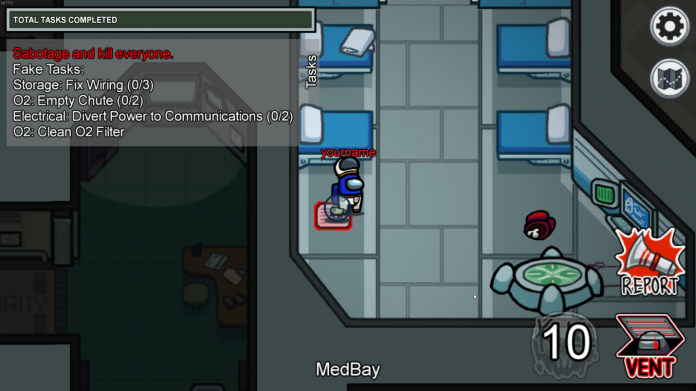 Released in 2018, Among Us started as a game with less popularity. Although it had a strong and vocal player base, it still didn’t garner enough patrons. It was in the middle of 2020 when the game became well known. It was because of popular Twitch streamers and YouTubers who played the game. As of September, it reached more than 100 million downloads and its concurrent players peaked to 3.5 million.

The game mostly became popular due to its deceptive nature. It is where players can lie and deceive others to win. Aside from that, it has fun and engaging tasks to help you become productive in the game. It has quirky graphics and easy gameplay as well. These are the reasons why a lot of people are hooked into the game.

Some may encounter issues as they play or download. Some complain that it’s too heavy, it lags, etc. Don’t worry now because Among Us is now available for download via light emulators for free! You can now get to experience playing this fun and deceptive game on your PC without the hassle.

Advantages of Playing Among Us on PC

Don’t get me wrong, I enjoyed playing Among Us on my phone. It is convenient and portable. However, when I switched to the PC version, it was a real game-changer. When I used to play the game on my phone, I usually had to double-tap on some tasks because the icons are small and it kind of makes you mistap with your fingers. Moreover, the joystick analog button is so annoying. Dragging it to certain directions sometimes causes my hand to cramp especially when I’m just running around the ship.

With the PC version, I don’t have to suffer in playing uncomfortably. The system’s key mapping tool and mouse offer ease of play. With the mouse cursor, I can just easily point and click on task buttons more accurately and running around the ship isn’t tedious anymore. Just imagine how fast you can vent and sabotage stations if you are the impostor playing on PC. And with a larger screen, you can easily stalk your next victim and notice everyone’s movement around you.

The Best Emulator to Play Among Us

The thing is that most emulators available out there will eat up most of your storage. Aside from that it will annoyingly make your PC slow down. When you are unlucky enough, you get those heavy emulators that cause PC-breaking hard-drive crashes. Believe us, we had our fair share of experience as we have tried a lot of these emulators.

To avoid those unlucky streaks, download Among Us on your PC through Games.lol! You can experience seamless integration through its game launcher client. Live the life of a crewmate or an impostor in space. Play Among Us now!

It was founded in 2018, Games.lol boasts a fast game launcher with hundreds of free-to-play Android games from your most favorite ones to a bunch of Editor’s Choices. You can now say goodbye to problematic heavy emulators.

With Games.lol’s LOLA – an exclusive Patent Pending Gaming Engine that turns mobile games into a full-on desktop PC game. The game launcher client uses a “ghost emulation” system that converts all your favorite and most popular android games into .exe files that can run directly and smoothly on your PC. It has your favorite PC games as well!

With its upgraded version, it also accepts cross-platform gaming. You can play with any player from any device! You will never run out of people to play with. Moreover, there will be no dull moment in Games.lol.

Now that you know about Games.lol, why still opt for heavy emulators that will just eat up most of your CPU’s memory and eventually slow it down?

Games.lol is unlike other emulators with game lags and PC-slowing post-download and installation effects. It will only take up a tiny percentage of your CPU’s memory. It can also act as your game’s library like Steam where you can see all the games installed on your PC. It’ll be your personal game center for all free-to-play android titles. It is a game center that hosts many unblocked Android games from Action RPGs to Gacha, Puzzle, Casual games, and so much more. You won’t run out of games to play!

Games.lol let’s you experience the best android titles on your PC without compromising your CPU quality and there’s no need to spend money on anything. You won’t have to play on your browser anymore. Download this lightweight game launcher now!

Downloading it is as easy as cake. You’ll just have to go Games.lol and search for the game that you want to install. In this case, Among Us. Click on the “Play Now” button and wait for the client download to finish.

Once that’s done, go to your downloads folder and look for the exe.file. Double click on it or right click and run as administrator. The client game launcher will now start installing on your system, as soon as that is done, your choice of game will automatically get downloaded and installed on your PC. It will create a shortcut on your desktop but will start on its own once the installation is done. You can now enjoy Among Us on your PC!

Jonathan J Kingston is a video game enthusiast, gamer, and a veteran video game news writer for Games.lol. He spends his free time hunting for free game sites and testing their reliability.