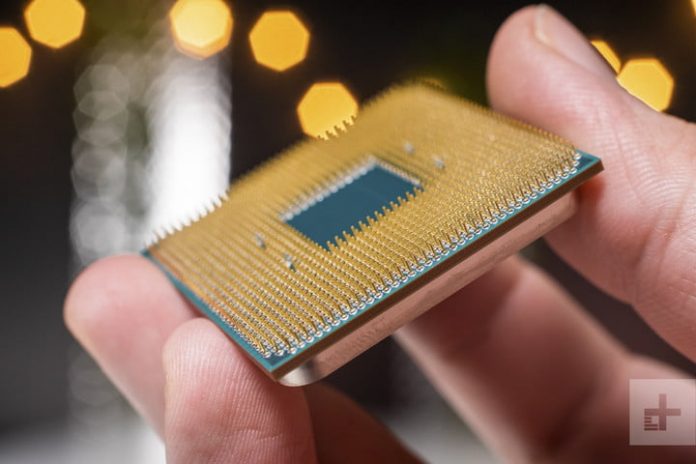 It’s not all about clock speed though. Instructions per clock, security features, and TDP all play their part in deciding which CPU is best for your particular use case. Especially considering how each tends to excel at different tasks. Here’s a head to head of two of the best CPUs you can buy today: the Core i9-10900K vs. Ryzen 9 3950X.

Note: AMD is in the process of launching its new range of Zen 3/Ryzen 5000 CPUs which will likely take over the 3950X in the flagship role. For the time being, however, the 3000-series remains on sale and, with price drops, an attractive option for prospective CPU upgrades. Especially for those on older motherboards.

The Ryzen 9 3950X has a higher list price than the Core i9-10900K, but that’s not reflected in real-world pricing. Intel continues to suffer a shortage of supply with Core i9-10900K, which has increased prices in turn. You can expect to pay about $100 more for the AMD Ryzen 9 CPU than for the Intel Core i9.

You also need to factor in the price of the motherboard. Intel Core i9-10900K requires a new 400-series motherboard, and the wise move is to plump for the Z490 chipset, which means you will likely be spending $300-$400. AMD Ryzen CPUs continue to use Socket AM4, so you might be able to use an existing X370 or X470 board with your Ryzen 9 3950X. You will need to check the manufacturer’s website for BIOS support, and you should only consider this move if the motherboard is a high-end model that can support such a mighty CPU — but the fact of the matter is that you do have this option. Alternatively, you need to budget for a new B550 or X570 motherboard, which will cost plenty but which should save you $50 or $100 over an Intel Z490 motherboard.

Either of these mighty CPUs will power a gaming PC or video editing system with ease, however they each have their particular areas of excellence. Ryzen 9 3950X crushes the performance charts when you focus on CPU-intensive tasks such as Blender and Cinebench. This is grunt work where simple math shows that 16 cores running at 4.0GHz gives greater performance than 10 cores at 4.9GHz, and we do indeed see an advantage of some 30% for the AMD CPU in these workloads.

On the other hand, in mixed workloads such as gaming, the impressive clock speed of the Core i9-10900K gives it a slight edge over the Ryzen 9 3950X.

There was a time when we would happily recommend a quad-core CPU as the best move for gamers, but these days we feel that six cores is a solid baseline where more is nice, but not exactly necessary. At least right now. You may wish to play it safe and buy an eight-core CPU to give a bit of latitude and future-proofing, but beyond that point, gamers are wise to spend their cash on the graphics side of the equation.

These are both excellent CPUs for gaming, but unless you’ve already maxed out what you can spend on other components like your graphics card, you can get away with spending less for something almost as good, like a Core i5-10600K or a new-generation Ryzen 5 5600X.

Both the Core i9-10900K and the Ryzen 9 3950X draw a significant amount of power. Depending on your motherboard settings — in particular the CPU Core Voltage — you will see likely see figures between 175W and 225W under full load. You can lock either CPU down to run at its official TDP, or allow it to boost to the figures we gave. You can also overclock to the limits of your cooling, which might be 300W or more. This will stress your power supply and cooling system, and you will also want to ensure your case has decent airflow. If your system has a weakness, you can be sure hardware of this magnitude will make the problem apparent.

The Ryzen 9 3950X handles heat and power surprisingly well, when you consider those 16 cores are crammed into a small package. We can credit AMD’s use of TSMC 7nm process for reducing power consumption and the soldered heat spreader for shifting the heat, and the likely result on Auto settings is that your CPU will run around 60 degrees Celsius (140 degrees Fahrenheit). The Intel Core i9-10900K suffers the burden of an aged 14nm process and is likely to run 10 degrees C hotter than the AMD competition while drawing 50W more power. In both cases, when you overclock, the power draw will increase significantly and the temperature will go as high as you can tolerate, but AMD also beats Intel in this scenario.

Neither are necessary, but the 3950X steals the show

The Core i9-10900K and Ryzen 9 3950X are two monstrously powerful CPUs, with enough raw single-threaded and multi-threaded performance for any task that you could throw at them. More than enough, in fact. We cannot honestly claim either of these CPUs is a prime choice for gamers as they deliver so much grunt that your graphics card is bound to be the bottleneck in performance — unless you have one of the highest-end new-generation graphics cards.

On the other hand, if you edit videos or livestream while you game, or perhaps you use software such as Blender to create 3D models, then more CPU power can make a big difference. More cores and higher clock speeds save time and deliver better results. These CPUs give you the kind of performance that was only available in high-end desktop (HEDT) systems previously, and at a far better price.

That said, if you have maxed out your GPU and want to get one of the best CPUs in the world to go with it, $600 or $700 for Core i9 or Ryzen 9 looks like a steal, and the end result is certain to be a PC that stomps anything you have previously owned. The new Ryzen 9 5950 delivers even more performance than either, though, and would be a better buy. With limited initial stock, however, and the 3950X a better all-rounder than the 10900K, it’s the better buy for now, and may continue to be a great option as prices come down.