How to watch Young Sheldon Season 4 online from anywhere

Young Sheldon will finally be graduating from high school when CBS’ hit comedy returns for season 4 this week and we have all the details on how you can watch new episodes of the show on TV or online.

Since its premiere back in 2017, The Big Bang Theory spin-off series created by Chuck Lorre and Steven Molaro has given fans an inside look at Sheldon Cooper’s early life growing up with his family in East Texas. Unlike other nine-year-olds, Sheldon is enrolled in high school due to his unique intellectual capabilities and the fact that he’s a child prodigy. However, just like in The Big Bang Theory, he has a hard time fitting in with those around him as a result of his social ineptitude. 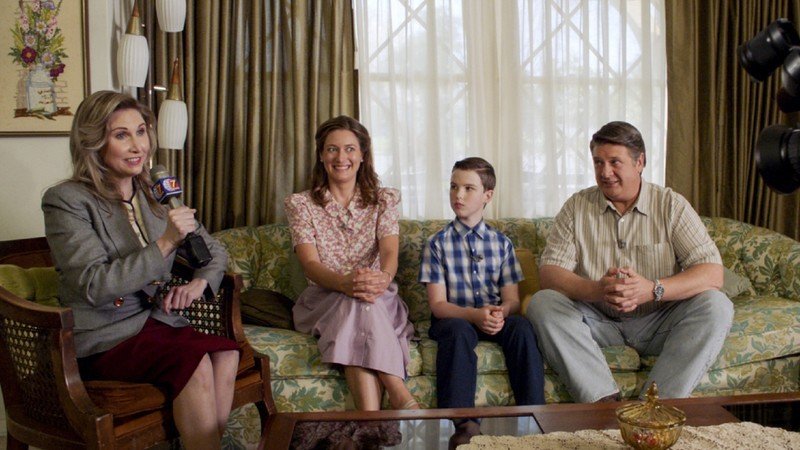 As season three of Young Sheldon was cut short because of the pandemic, viewers never got to see the finale in which Sheldon was going to graduate from high school. This is why season 4 will begin with his graduation followed by “a nervous breakdown” as Sheldon questions whether or not he’s ready to head off to college.

Jim Parsons, who plays grown up Sheldon in The Big Bang Theory, will once again be returning to narrate the show. There will likely be a total of 22 episodes in season 4 of the show with the season 3 finale airing as part of the new season’s premiere. Will Young Sheldon be able to work up the courage to head off to East Texas Tech?

Whether you’ve been watching the show since it first premiered or are just missing Sheldon after The Big Bang Theory ended last year, we’ll show you how to watch new episodes of Young Sheldon online from anywhere.

Young Sheldon Season 4: When and where?

Season 4 of Young Sheldon will premiere on CBS at 8pm ET/PT on Thursday, November 5. New episodes of the show will air at the same time every week and each episode will run for 30 minutes.

How to watch the Young Sheldon online from anywhere

We have all the details on how you can watch Young Sheldon in the U.S., Canada, the UK and Australia further down in this guide. However, if you want to watch the latest season of the show when you’re away from home, then you’ll run into problems as your domestic coverage online from abroad will likely be geo-blocked.

No matter where in the world you may be, a VPN is one of the easiest ways to watch Young Sheldon. Get in on this deal now!

If you live in the US and have a cable subscription, you’ll be able to watch season 4 of Young Sheldon when it premieres on CBS on Thursday, November 5 at 8pm ET/PT. You can also watch the show online but you will need to sign up for CBS All Access to do so. The service costs $5.99 per month with commercials or $9.99 per month commercial-free.

Don’t want to sign up for cable or CBS All Access to watch Young Sheldon? Don’t worry as there are now a number of streaming services, all at different price points, that will give you access to CBS so you can watch season 4 of the show online. We’ve listed a few of our favorites below to make things easier for you.

Get a Young Sheldon live stream in Canada

Canadian viewers with a cable subscription will be able to watch the new season of Young Sheldon when it premieres on CTV on Thursday, November 5 at 8pm ET/PT. You can also watch the show online on CTV’s website but you will need to login with the credentials from your cable provider to do so.

How to live stream Young Sheldon in the UK

UK viewers will be able to watch Young Sheldon on Channel 4’s E4. Unfortunately though, a UK premiere date has not yet been announced at this time but Channel 4 will likely show season 4 of the show once it finishes airing in the U.S. If you can’t wait till then, you can always grab a VPN and follow the instructions above to watch the latest season of Young Sheldon early in the UK.

It’s a similar situation in Australia where season 4 will eventually air on Nine and 9Now once it finishes in the US as the network has shown all three past seasons of the show. Until then though, you’ll need to grab a VPN and follow the instructions above to watch the latest season of Young Sheldon in Australia.