How to unlock characters in Genshin Impact 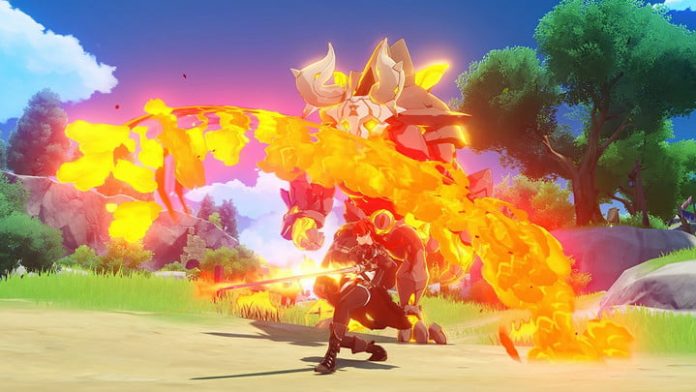 In a year of massive game releases, one of the most unexpected hits came in the form of Genshin Impact, a free-to-play open-world RPG made by a developer best known for its work on popular mobile games. Despite that legacy, developer miHoYo’s Genshin Impact has a lot more in common with The Legend of Zelda: Breath of the Wild than it does with any mobile game, sporting a similar visual style and even some mechanics adapted from the Nintendo Switch classic.

What that extremely polished exterior may obscure, though, is that Genshin Impact is actually a gacha game. Much more common on the mobile front, gacha games revolve around players spending in-game currency to acquire random items or characters. It’s an unusual system to add to a game of Genshin Impact’s size and scope, but it also allows miHoYo to make money from its otherwise free game. However, it has caused some confusion among players about how to get those new characters in the first place. For anyone looking to join in on one of the year’s biggest surprise hits, here’s how to unlock new characters in Genshin Impact.

The good news is that new players won’t have to spend any money to gather a capable party at the start of the game. Simply by progressing through the main quest, players will be able to recruit enough characters to field a full four-person team, along with the game’s main character. When you’re first starting out in Genshin Impact, it’s a good idea to follow the introductory Archon quest to round out your party before getting too deep into its open-world exploration.

On top of the basic characters unlocked through Genshin Impact’s story, there are a couple more free teammates who you can recruit by completing certain challenges. The first of these is Barbara, a healer with water-based spells who makes a welcome addition to any party. To unlock Barbara, players will need to get in on the game in its opening weeks. Barbara is available for free to any player who reaches Adventure Rank 20 before Genshin Impact version 1.1 launches on November 13. Fortunately, reaching Adventure Rank 20 isn’t too difficult, so even players who come in just before the launch of update 1.1 should have time to unlock Barbara. Players earn progress toward their Adventure Rank for nearly everything they do in Genshin Impact, from completing quests to opening treasure chests, and the rewards come quickly near the beginning of the game.

Even for players who don’t get on board in time to recruit Barbara, there’s another character available without using Genshin Impact’s gacha system. Xiangling is a fire-based spear user who can be unlocked by progressing through the game’s Spiral Abyss. The Spiral Abyss is an unlockable dungeon that offers players increasingly challenging floors of combat encounters to fight through. You can unlock Xiangling by beating Floor 3, Chamber 3 of the Spiral Abyss. Each floor in the dungeon has three chambers, so you’ll only need to fight through nine separate encounters to unlock her. However, the challenge escalates quickly, so to unlock Xiangling, you’ll need a party of characters at around level 45. Fortunately, unlike Barbara, there’s no expiration date on getting Xiangling for free, so you can take your time getting to her.

MiHoYo hasn’t revealed whether there will be more free characters coming to Genshin Impact, so beyond the few available now, players will need to spend an in-game currency called Fate to unlock any additional characters. You can spend a Fate at any time in the game’s Wish menu to get a randomly drawn character or item. There are two different kinds of Fate — Acquaint Fate and Intertwined Fate — which can be used to unlock different characters. Acquaint Fate is the standard gacha currency, letting players unlock a Wish with set odds of earning one of many characters in the game. New players can also use Acquaint Fate on special Beginner’s Wishes, which let them pull two sets of 10 random items or characters at a 20% discount, meaning you’ll spend just 16 Acquaint Fates for a total of 20 items or characters. The first time a player uses the Beginners Wish, they’ll also be guaranteed to receive Noelle, a high-defense character who’s also a capable healer.

Intertwined Fate is used for Event Wishes, which offer increased chances of earning certain high-level characters, with a selection that changes over time. Keep in mind that with either type of wish can reward either items or characters, so it can take several chances to get any new characters at all.

How to get more Wishes

The only way to unlock new characters through Genshin Impact’s gacha system is by spending Fate, but fortunately, there are a lot of ways to acquire it. In its first few weeks, miHoYo has been fairly generous with handing out Fates to new players to get them started, so anyone joining early should have a decent stock to use on new characters right away. Fates are also rarely offered as quest rewards or Adventure Rank rewards, providing another boost in the early game.

The main method of acquiring more Fates, however, is by spending Primogems, which are handed out as rewards much more often than Fates. You can get them as rewards for completing lots of in-game activities, from quests to dungeons to daily challenges. MiHoYo also offers free Primogems as daily login bonuses and has even given them away to make up for lost time during routine server maintenance. You should be able to earn enough Primogems to buy dozens of Fates just by playing through what’s currently available in the game.

However, Genshin Impact being a free-to-play game, Primogems are also available for purchase with real money. Players can purchase Primogems as part of the game’s battle pass, which offers various rewards including gear and level-up items, or through a separate monthly purchase, which offers far more Primogems.

There’s one final way of unlocking characters, which requires you to first have Fate to spend. Each time you use a Wish in Genshin Impact, you’ll receive a small quantity of either Masterless Stardust or Masterless Starglitter, depending on the rarity of the item or character you receive. For every few Wishes you make, you’ll receive enough Stardust or Starglitter to purchase one more Fate, keeping the character unlocking cycle going a little longer.

In short, there’s a lot to keep track of when it comes to unlocking characters in Genshin Impact. While it may seem overwhelming at first, the system makes much more sense once you’ve actually used it once or twice. Just remember, if you want to unlock the most characters possible, keep looking for ways to acquire more Fate and Primogems, and don’t be afraid to use them. It’s also entirely possible to play through the entire game without spending a cent if you’re willing to wait for those characters to unlock.