HomeHow toHow to stop buffering and upgrade your network
How to

How to stop buffering and upgrade your network 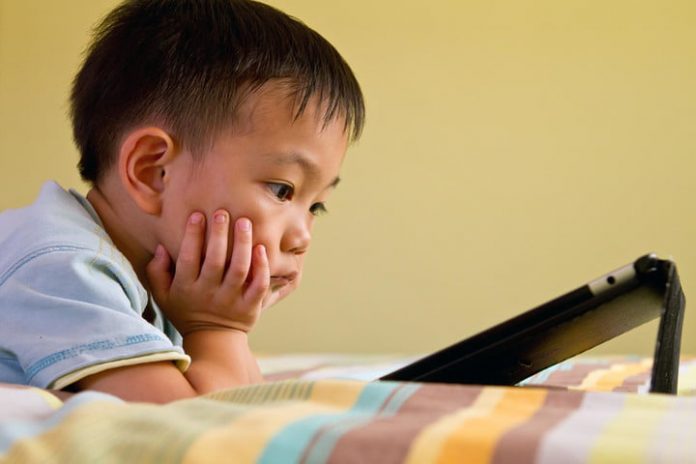 Being able to stream video is convenient, but occasionally, it can also be a frustrating experience. Anyone who’s queued up a movie from their watch list only to have it stutter along knows what we’re talking about. And while the problem is becoming increasingly less common, it’s not likely to go away as 4K Ultra HD video continues to become more prominent.

It’s easy to point the finger at Netflix, Amazon, or even your internet provider. But often, the real problem is that your internet service and home network aren’t set up to properly handle the huge amount of data flowing into your home. One of the keys to stress-free streaming is making sure your home’s network infrastructure is up to the task.

Here’s how to make sure your home’s network is never the bottleneck in your streaming video pipeline.

Opt for an appropriate bandwidth plan

You can spend a small fortune buying the hottest networking equipment on the market, but it won’t make a lick of difference if the internet connection that feeds your home is inadequate. Unfortunately, there’s very little you can do to make your broadband internet service provider’s (ISP) connection reliably fast, but what you can do is make sure you’re subscribed to the plan that promises the right speed and data allowance for your needs.

Netflix recommends 5Mbps of bandwidth for an HD stream and 25Mbps for 4K Ultra HD. You can certainly stream at slower speeds, but if you have a lot of traffic on your network, you may even need a faster connection.

First, let’s address a common misconception: Mbps, the metric used to measure bandwidth, stands for megabits per second, not megabytes per second (MBps). When it comes to data rates, 1 byte = 8 bits. With that in mind, you can start doing a bunch of math to try to determine what kind of bandwidth you need.

Netflix’s estimates of 5Mbps for HD streaming and 25Mbps for 4K UHD are good starting points, but there’s more to it. If you’re only streaming HD, you might think a 15Mbps plan would be plenty, but that doesn’t account for multiple devices (and people) in your home using your bandwidth. Every smartphone, computer, smart TV, cable box, streaming stick, and game console connected to your network may be sending and receiving data at any given moment. Added together, homes with multiple devices can put quite a chokehold on your bandwidth.

Keep this in mind, too: Just because you’re paying for 50Mbps doesn’t mean that’s what you’ll get all the time. First of all, your Wi-Fi router likely doesn’t stream as fast as your plan does — those numbers are usually rated for an Ethernet connection. Second, your neighbors probably like to stream content around the same times you do, and if you’re all sharing the same neighborhood internet pipe, it may clog up from time to time. For example, you may get really close to the promised speed at 1 a.m. when overall traffic is down, but probably not at 8 p.m., when residential usage is likely at its peak.

Switching to a new internet plan to improve speeds and avoid bandwidth issues is possible … within limits. The U.S. has a 2020 average of around 44Mbps mobile download and 152Mbps fixed broadband download, according to Speedtest.net. That’s good, not great, and barely enough to keep the U.S. in the top 10 countries for internet speeds these days. If your current speeds are around these averages, you may not be able to find a better upgrade option, depending on your location.

However, it’s also a good idea to look at your internet package and potential upgrades to see if GB tiers of services like Google Fiber or Verizon Fios are available in your area. More rural areas may not have a lot of options here, but things are going to improve as we upgrade to 5G and Wi-Fi 6 options.

Consumers can have trouble streaming video once they hit a data cap. Twin Design / Shutterstock.com

When we talk about data allowance, we’re referring to data caps or download limits that some ISPs impose on their customers. Each ISP has its own plans and policies, but for the sake of illustration, let’s say your internet plan allows you to use up to 1TB (Terabyte) of data per month with no restrictions on the time of day you use it. That’s a lot of flexible data, and for most folks, it is more than sufficient for a month’s worth of streaming content, cruising Facebook, and so on.

But if you like to watch a lot of streaming Ultra HD content and participate in other various activities, you may find you need more. Once you hit your monthly cap, your internet won’t just shut off — assuming you paid your bill, of course — but your ISP may “throttle” your connection, slowing everything down drastically.

A good way to get a read on your data needs is to visit your account page on your ISP’s website. Most offer a data meter with historical information that shows how much data you’ve been gobbling up for the past few months. If you’re usually pushing the limit, it’s time to look at another plan.

To put things in perspective, consider what Netflix says about how much data its movies and TV shows can take up. The company claims that one hour of HD programming eats up about 3GB of data — 4K Ultra HD content bumps that up to about 7GB per hour. Use those numbers as a rough estimate for any other video platforms you use.

Some ISPs have begun lifting caps, instead offering savings to customers who opt into accepting one. These plans are usually offered to those who pay for slower connections (15Mbps or lower) and don’t use a lot of data anyway. Those plans aren’t ideal for anyone who relies on a lot of streaming HD or UHD content, however.

Take advantage of the right router

Once you’ve got the internet service coming into your home locked down, you need to make sure it doesn’t take a nosedive the second it comes through the wall. To do this, you need high-quality networking gear. The good news is that you don’t have to spend a mountain of cash to get it.

The modems that ISPs supply generally aren’t bad, but you can choose to replace your modem with a better version as long as you get a modem that your ISP approves. Most ISPs have guides for doing this — here’s Comcast’s, for example. But try to avoid or replace modem/router combination devices, which aren’t exactly great for streaming.

That brings us to choosing the best router for your Wi-Fi network so that streaming isn’t an issue, especially in homes where multiple people may be streaming video or games. There are a ton of fantastic routers on the market, and we have a guide to help you find the best ones, but in general, some important things to look for include:

While the best streaming devices all support Wi-Fi, many of them also have Ethernet ports for a wired connection that’s more reliable and uninhibited by Wi-Fi’s bandwidth limitations. Ideally, you could plug your devices directly into your router or an Ethernet switch, but if your devices aren’t right next to your router and you don’t have an Ethernet cable strung throughout the home, it may take a little work.

Powerline adapters, which come in pairs, are excellent networking tools that can route an internet connection through a home’s power lines as a way to bridge devices and routers in separate rooms. For example: Plug one adapter into a power outlet near the router upstairs and connect them with an Ethernet cable. Then plug in the other adapter into an outlet near the streaming device in another room and connect them via Ethernet. You now have a wired connection, even though the two are nowhere near each other.

The same is possible with Wi-Fi extenders, which pull in a wireless signal and connect to nearby devices via Ethernet for an added boost. If you want to upgrade your entire router setup and you’re struggling with spotty connections, you should also look into mesh routers, a group of router devices that include satellite routers that can spread signals more reliably.

Finally, if you are using a streaming stick on your TV, there are Ethernet adapters you can get to directly plug into the stick, circumventing the need to run an Ethernet connection from your TV or other device. If this sounds like a good idea, these Ethernet adapters are affordable, and you can find versions specifically for Amazon Fire TV and Google Chromecast.

Upgrading your home network to accommodate for all the streaming you’d like to do is going to incur some upfront costs. An upgrade in service from your ISP, a dependable router (and modem, if necessary), and possibly a powerline adapter or Wi-Fi range extender adds up to a pretty penny, but the investment should pay off in the long term.

These days, we stream virtually everything. The more you know about your data consumption and network capabilities, the better you can manage your monthly costs — and beat the buffer.