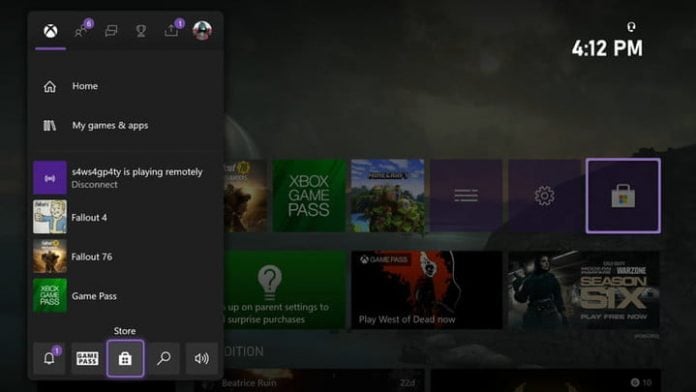 Microsoft provides an easy way to make purchases or unlock digital games without having to store a credit card. Xbox gift cards purchased in stores range from $10 to $100 and include a scratch-off layer on the back that covers a 25-character code. Gamers may also receive a code to unlock a digital game that shipped with an Xbox One bundle.

So how do Xbox owners redeem these codes? There are several ways including inputting the numbers in Windows 10, through a mobile app, and more. Read on to find out how to redeem an Xbox One code.

These instructions are based on OS version 10.0.19041.4900, meaning the steps may be slightly different on your Xbox One console.

Step 1: Grab a controller and press the Xbox button.

Step 2: Select Store on the rollout menu. Alternatively, select the Store tile on the Home screen.

Step 3: Expand the Store menu and select Redeem listed towards the bottom.

Step 4: Enter the 25-character code but ignore inserting the hyphens.

Step 5: Select Next and follow the prompts to complete.

In the Microsoft Store app (Windows 10)

On Windows 10, this is probably the quickest way to redeem a code.

Step 1: Click the Microsoft Store icon on the taskbar. Alternatively, click Start and find the app on the Start Menu.

Step 4: Enter the 25-character code but ignore inserting the hyphens.

Right now, Microsoft is moving gamers to the new Xbox app, but it doesn’t allow you to redeem a code. We’ll use the Xbox Console Companion app since it’s still up and running.

Step 2: Hit the Microsoft Store symbol on the left-hand side.

Step 4: Type in the 25-character code (don’t include hyphens)

Step 5: Select Next and go through the resulting prompts to finish.

These directions will work for both Android and Apple devices.

Step 2: Hit the Menu symbol in the upper left corner (it looks like three lines)

Step 5: Type in the 25-character code (don’t include hyphens)

Step 6: Hit Next and go through the resulting prompts to finish.

Here is the best method for redeeming a code on a PC.

Step 1: Bring up your preferred browser and go to redeem.microsoft.com.

Step 3: Type in the 25-character code (don’t include hyphens)

Step 4: Select Next and go through the resulting prompts to finish.