HomeHow toHow to play co-op in Genshin Impact
How to

How to play co-op in Genshin Impact 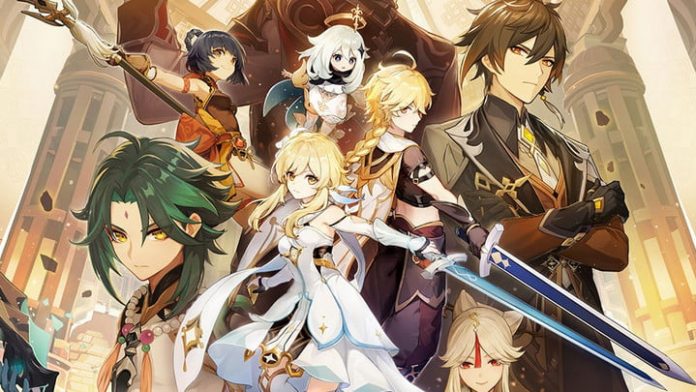 MiHoYo’s hit open-world gacha RPG Genshin Impact offers tons to do and a massive world to explore, especially for a free-to-play game. While it’s primarily a single-player game, it also features a co-op mode that makes it a great way to pass the time and grind out some character levels with friends. Unlike in games that mostly focus on their multiplayer modes, however, unlocking and even playing Genshin Impact in multiplayer can be a bit mysterious. However, once you know the quirks and limitations of how to play Genshin Impact in multiplayer, it opens up a whole new way to play.

The first thing to keep in mind about Genshin Impact’s co-op mode is that it’s not available as soon as you start the game. If you’re planning to play with friends, you’ll want to make sure that your entire group has time to unlock the game’s multiplayer option. Fortunately, gaining access to Genshin Impact’s multiplayer isn’t particularly difficult and doesn’t even require any special steps.

To start playing with friends, all you have to do is reach Adventure Rank 16. You gain Adventure Ranks from practically everything you do in Genshin Impact, from opening chests to clearing dungeons, so you won’t have to play any particular way to get to Rank 16, but it will take several hours to reach. When you collect your rank reward from the Adventurers’ Guild after hitting Rank 16, you’ll get a handy reminder that the multiplayer is now available.

From this point on, co-op mode will show up as an option in the main menu. Selecting co-op mode will give you a list of other players who are playing in open online sessions, and you can request to join any one of them. You can also enter a player’s UID code if you want to start a game with a specific player. If you’ve added any other players as friends, you can also request to start a game with them through the Friends menu.

You can also use the game’s co-op function to find partners when entering a Domain. When you start a Domain, on the same screen where you choose the dungeon’s level, you’ll have a matchmaking option that lets you recruit other players to help. Selecting this option will start searching for random players also tackling that Domain, but you’re free to enter Domains while you’re already in a multiplayer session if you’d like to go in with a specific player.

From time to time, Genshin Impact also offers limited-time events like the Elemental Crucible, which let players team up for co-op challenges that are only available for short periods. These modes give players the chance to acquire specialized rewards and function as short, objective-based multiplayer mini-games.

Playing Domains and special events in co-op mode is pretty straightforward — you simply team up with other players to tackle the activity and then part ways. In open-world co-op, there are a few other things to keep in mind, though.

Since Genshin Impact is mainly a single-player affair, there are some pretty severe limits on what players can do in multiplayer parties. The main things to keep in mind are that you can’t undertake any story quests or enter the Spiral Abyss while in multiplayer mode. If you’re on a story quest when you enter co-op, you won’t be able to make any more progress toward its objectives. When you’re invited into another player’s world, you also won’t be able to collect Amenoculus or Geoculus (which are used to increase stamina) or items from treasure chests, but the player hosting the session can still pick them up. The reason for this is pretty obvious, as it keeps players from farming infinite amounts of otherwise scarce resources.

The other multiplayer restriction to keep in mind is how party composition is affected. Your party can only have four characters at a time, and when you play in co-op, that cap is split between all active players. In a two-player party, each player will get two characters. Add a third and the host gets two characters while the visitors only have one. With a four-player party, each player can only choose a single character. That makes choosing the right characters to take with you even more important, but it’s balanced out by the clear advantage of having more characters on the field at once. In open-world play, different players can even choose the same characters, but in Domains, only one of each character will be allowed.

A final consideration for Genshin Impact’s multiplayer is platform. Genshin Impact offers cross-play between its PC, PlayStation 4, and mobile versions. That makes it easy to team up with friends for some quick multiplayer even on different platforms or on the go.