How to level up everything in Genshin Impact 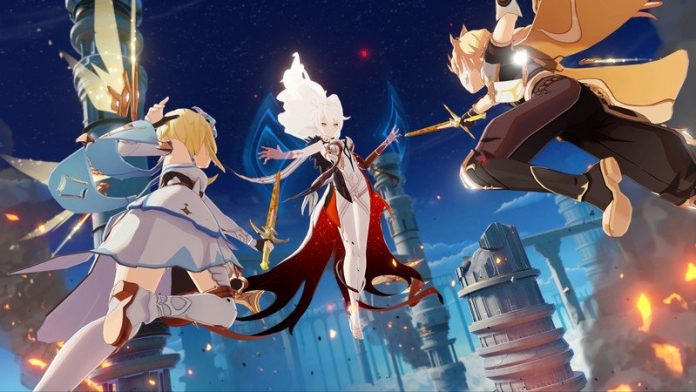 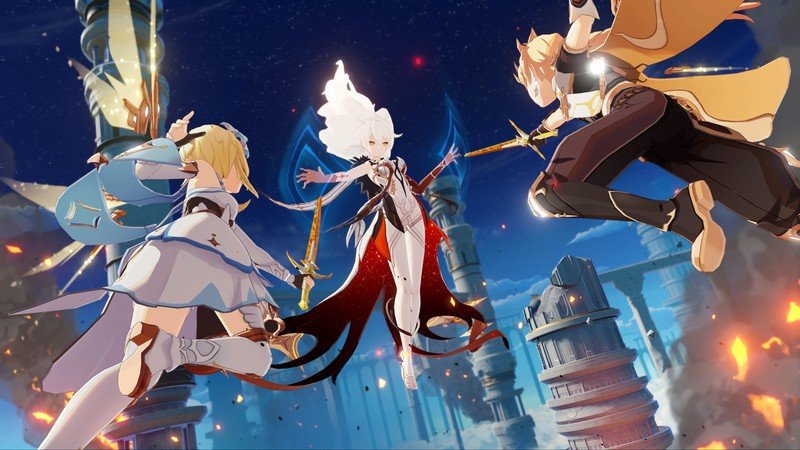 Stuck in Genshin Impact and worried you haven’t leveled something up enough? Never fear; you might just be missing an extra level up opportunity.

Genshin Impact is an enormous game, with many complex systems that are directly tied to how much stronger you can get. Early in the game, these don’t matter too much, but the further you progress, the harder it can be to make sure your characters are punching at least at their weight, if not above it. 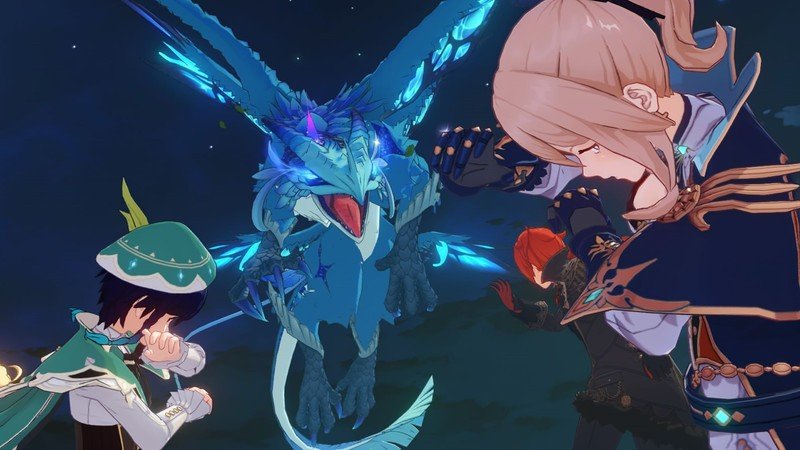 With that in mind, you’re probably wondering if you’ve accidentally missed out on a way to level up your powers in Genshin Impact or if you could be doing so more efficiently. Here’s a quick rundown of everything you can level up in Genshin Impact and how to do it:

How to level up characters

You can obtain these items as quest rewards, in chests around the world, and through various in-game shops — including Paimon’s bargain shop and shops associated with special events. You can also obtain a large amount of Adventurer’s Experience from Blossom of Revelation, though it will cost you Resin.

Hero’s Wit provides the most experience, with Adventurer’s Experience providing a middle amount, and Wanderer’s Advice providing the least. You’ll need more experience to level up the higher your level is.

At certain level thresholds (20, 40, 50, 60, and so forth), you will no longer be able to level a character up and must first Ascend them to unlock the next tier of levels. Ascending a character takes place on the same screen that leveling does but requires a bit more work.

You’ll need to meet the minimum Adventure Rank threshold to ascend a character (if you’re not at that rank, it will tell you on the Ascension page what level you need to reach first). Then you’ll need to collect the materials listed for that character’s Ascension. Every character has different requirements for Ascension, so if you’re not sure where to find what you’re looking for, click on the item listings, and it should tell you. Most characters will require a gem of some kind (gotten from beating bosses and also from crafting and some quests), a special item (from beating bosses), and a lot of a specific items you can usually find out in the wild.

How to level up weapons 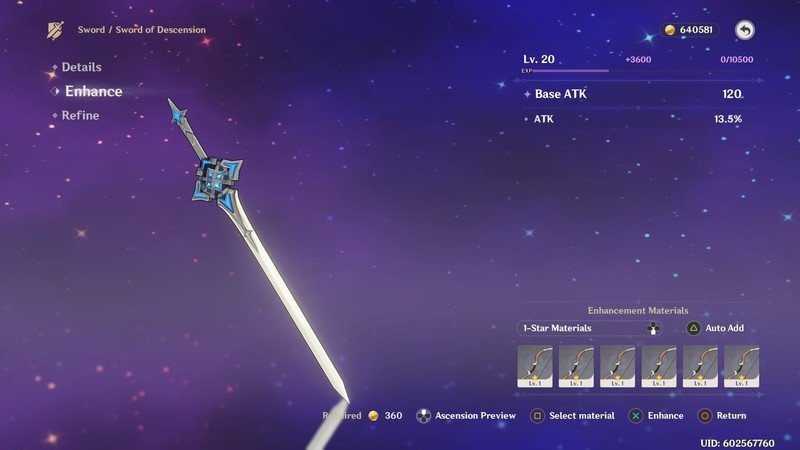 Weapons level up similarly to characters, except instead of special experience items, you’ll need to sacrifice weapons you don’t need as well as Enhancement Ore to level them up. These items will give different levels of experience, depending on rarity. You can get more weapons from chests out in the world as well as from Wishes, and you can get Enhancement Ore from chests and from forging ore you find in the world at a blacksmith in a major city.

Also, like characters, weapons eventually must be ascended at certain thresholds. Weapons ascend exactly the same way characters do, requiring a certain Adventure Rank and several specific items to ascend. Check the item descriptions listed to see where to find the items you need to ascend your favorite weapons.

How to level up artifacts 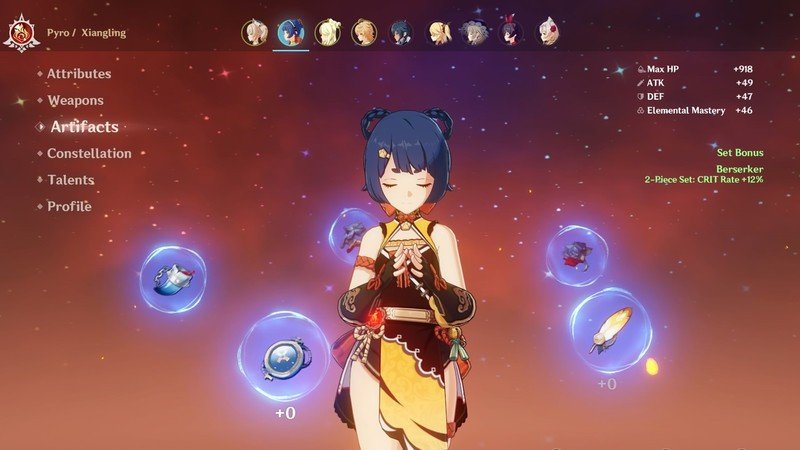 Artifacts, like weapons, require sacrificing more artifacts to level up. Unlike weapons, however, there is no ore you can use to level them up if you don’t have artifacts, and you also can’t ascend artifacts. Once they hit their level cap, they’re done. You can level up Artifacts from each individual Artifact screen.

You can get more artifacts from treasure chests, bosses, domains, finishing tasks in the Adventurer’s Handbook, and various other sources throughout the game. Rarer Artifacts will drop from more difficult challenges.

How to level up talents 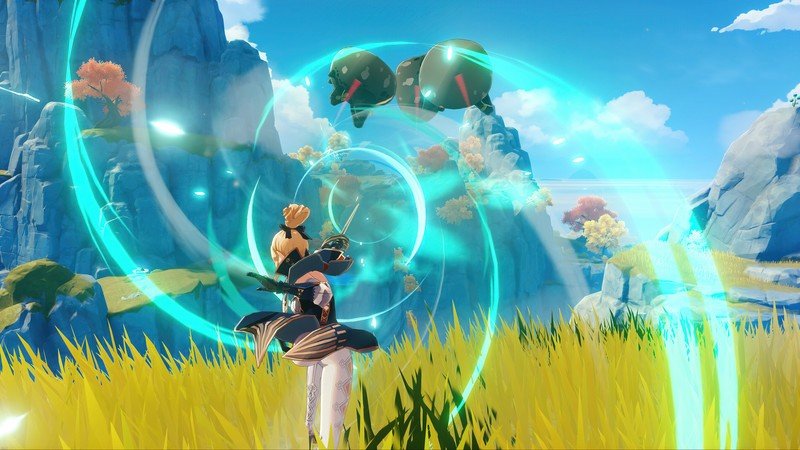 Talents are often overlooked by new players in Genshin Impact, but you can level these up too once you reach Adventure Rank 40. Open the Talents screen of a character to view their talents, and select a talent to see its current level and what is required to level it up.

Each character will require specific items to level up their Talents, as well as a specific World Rank threshold. Every talent for a specific character will require the same “category” of item each time, but higher levels will require more items or higher tiers of existing ones. You can generally get these items from fighting mobs out in the world, crafting, and finishing specific Domains. Click on an item to see its description if you’re unsure where to find it.

Some Talents cannot be leveled up, but you’ll see a message saying it is already at its maximum level if that is the case.

How to raise your Adventure Rank 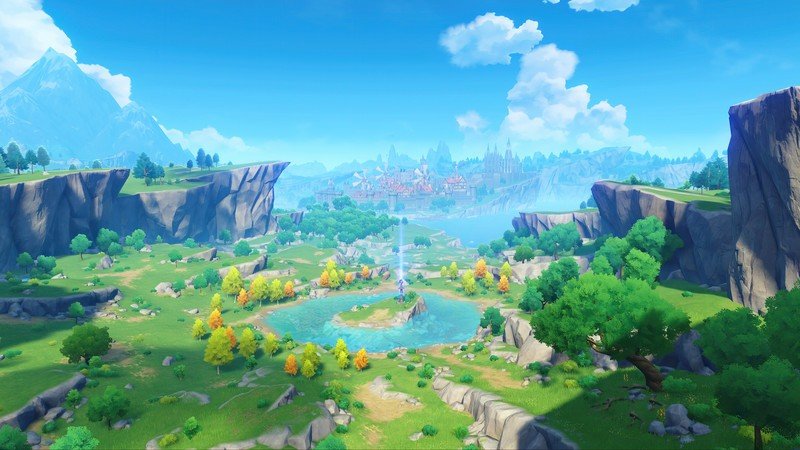 Adventure Rank is probably the first “level up” system you’ll engage with in Genshin Impact. It determines how strong the monsters you fight are, what quests you have access to, as well as gates certain features or other mechanics you eventually will want access to.

Raising your Adventure Rank will happen naturally as you play, and you’re able to gain experience toward that by finishing quests, opening chests, doing daily commissions, offering Oculi at statues, spending Original Resin, and finishing tasks in the Adventurer’s Handbook. At certain Adventure Ranks, you’ll need to complete a quest set to you by the Adventurer’s Guild to continue leveling up further — the game will notify you when this is the case.

Still have questions about leveling up in Genshin Impact

Stuck on a leveling hurdle in Genshin Impact? Let us know in the comments, and Paimon (or us) will help guide you forward! If you’re just starting out and are struggling to get stronger, check out our guide to everything you need to know about the game first. And if Genshin Impact’s leveling system is just a bit too convoluted, there are many other great Android games that you can try instead.

Many Americans are familiar with the big names in wireless: Verizon, AT&T, T-Mobile, and Sprint. Far fewer know about the smaller brands like Mint, Ting, Tello, or H20 Wireless.Let’s take a closer look at one that you might not be all that familiar with: Republic Wireless.How is Republic Wireless coverage?Republic Wireless launched in 2010 as a service provider that defaults to Wi-Fi for connectivity instead of 3G or 4G LTE. Nevertheless, it does have partnerships with T-Mobile and Sprint, giving subscribers networks for supplemental coverage.The Republic model utilizes a proprietary VoIP app so that Android phones can switch quickly between T-Mobile’s GSM and Sprint’s CDMA mobile networks. It provides free roaming and hops to and from WiFi, depending on which is available.What are Republic Wireless rate plans like?Republic rate plans are no-contract, meaning there’s no long-term commitment and subscribers can go month-to-month. There is a 14-day cancellation policy.Things are really quite simple at Republic Wireless and there are only a few options to worry about. In essence you start with a $15 plan with unlimited talk and text and then decide on how much data you’ll need. Data is priced $5 per gigabyte with up to 15GB offered in a month.$15/month: Unlimited Talk and Text with no data$20/month: Unlimited Talk and Text with 1GB of high-speed data$40/month: Unlimited Talk and Text with 5GB of high-speed dataThere are no overage fees for hitting the data allotment and Republic does not throttle speeds for the rest of the month. Instead, data simply stops until you purchase more. Subscribers can purchase up to 15GB of data per month.Customers can also opt for a yearly plan and save a couple of dollars each month. In fact, going that route can be like getting a month or two of service for free.What’s Republic Wireless phone selection like?Looking through the current lineup of phones offered through Republic we find familiar names like Samsung, Google, Motorola, and LG with prices that start at about $150.SEE ALSOWhich carrier has the best value at $50 a month?Which major prepaid carrier has the best $40 rate plan?As is the case with many prepaid providers and MVNOs, selection is a mixed bag. There are only nine phones to choose from, but it’s evenly mixed across the low, mid, and high end. At the top are the Samsung Galaxy Note 20 and Galaxy S20.If you’d like to spread payments out, you can set up monthly payments through Affirm. Options include 6, 12, and 18 months. The terms are set based on the cost of the phone.Can I use my own phone with Republic Wireless?You can often use your current GSM phone, especially if it was purchased unlocked and directly from the manufacturer. Head to Republic’s website to check whether your specific model is supported.
Read more

The Galaxy S21+ is in the sweet spot in Samsung's new lineup of flagship smartphones. As nice as the device
Read more

Like most other 2021 Android flagships, the next ROG Phone is expected to feature Qualcomm's Snapdragon 888 chipset.What you need
Read more