How SpaceX could transform Starlink into an ultraprecise GPS network 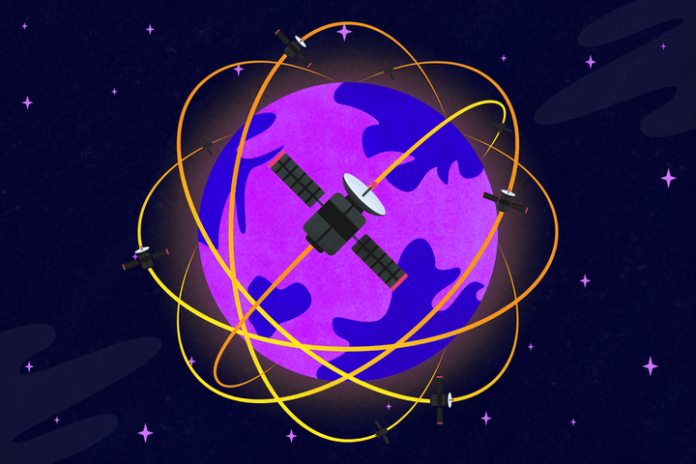 For the past five years or so, SpaceX has been chipping away at a mind-bogglingly massive project: The Starlink satellite constellation. The grand plan is to ferry over 12,000 satellites (or more) into low-Earth orbit and place them in an undulating, lattice-like array that allows SpaceX to deliver high-speed broadband internet to every corner of the planet.

Thus far, SpaceX has sent nearly 900 Starlink satellites into orbit, and even rolled out beta access to its fledgling satellite internet service. But internet access might not be the only trick this mega-constellation has up its sleeve. Researchers believe it could also be used for a secondary mission: Creating a next-gen navigation system that could supplant GPS.

Peter Iannucci and Todd Humphreys of the Radionavigation Laboratory at the University of Texas at Austin have been studying how this could be done, and recently published a paper on their research. Iannucci tells Digital Trends that setting up a navigation system from scratch in low-Earth orbit would be too costly, but using the Starlink satellites to do it would make it affordable.

“What we’re talking about is a system where the positioning mission does not need to bear the financial burden of supporting tens of thousands of satellites because they have a primary mission, which is internet service,” Ianucci says. “Everybody’s gotta have internet service.”

Since these satellites are in low-Earth orbit (around 350 miles from earth’s surface) and therefore closer to the planet than traditional GPS satellites (which orbit at a distance of around 12,000 miles), they could theoretically produce a stronger signal for navigation than GPS can. This would help prevent the signal from being jammed, intentionally or unintentionally, which is something that’s relatively easy to do to traditional GPS. Ianucci says GPS signals accidentally get jammed all of the time.

“Jamming GPS is quite accessible to even amateurs — even casual actors can intentionally or unintentionally jam GPS,” Ianucci says. “These [low-Earth orbit] signals could be roughly 400,000 times more immune to jamming. That’s big.”

In order to achieve improved navigation, Ianucci says these small satellites in low-Earth orbit would simply need a software update. These satellites already know roughly where they are, which is necessary to prevent them from colliding, but Ianucci says the software update would make it so they’d know where they are to a much more precise degree.

“We would be pushing for software upgrades and potentially, eventually, hardware upgrades that would refine those positioning estimates beyond what’s necessary for just safe orbit operations,” Ianucci says.

One way to do that is to have the satellites ping off of the GPS satellites higher in the atmosphere to help them figure out their location. Once the software is set up, receivers on the ground could pick up signals these satellites are constantly emitting and use them for navigation.

Mark Psiaki, a professor in the Department of Aerospace and Ocean Engineering at Virginia Tech, tells Digital Trends that not only would this navigation system help us avoid jamming, it would be more accurate.

“One of the benefits of lower-Earth orbit is just that [the satellites there] are moving so fast. They just go screaming across the sky, very quickly,” Psiaki says.

“There’s a push for something called PPP, or precise point positioning. Right now, plain vanilla GPS and the other ones have an accuracy on the order of a meter or a couple meters if everything’s going right,” Psiaki says. “That’s not enough to do things like keep a car in a lane on a highway. You could be wandering off into the next lane or onto the shoulder. If you could have precise point positioning, now we’re talking about 10 centimeters.”

Psiaki says PPP can be made to work with our current GPS system, but it’s very complicated and takes a long time. If we were using low-Earth orbit satellites to do it, then it’d be much faster, and it’d be very reliable. He says we could cut the time from around 20 minutes to perhaps a minute between turning on the receiver and getting PPP working.

Not only would we get a stronger signal from these satellites, we’d be able to get autonomous cars on the road faster and make sure our delivery drones don’t crash into each other or other objects. All these researchers need is for someone like Elon Musk to agree to make some software changes.

“If we can show them that the investment that they’re already making can pay off in this unexpected secondary way, then that’s a win for them, and for us in the navigation community, it’s a big win,” Iannucci says.