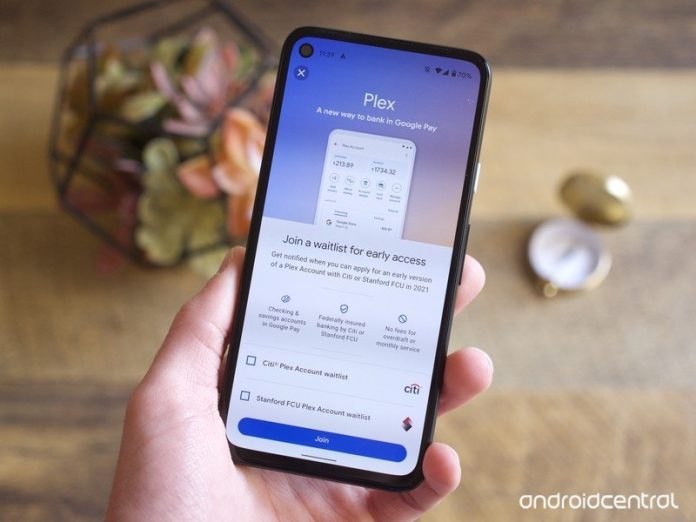 As if the company didn’t own enough parts of your life. 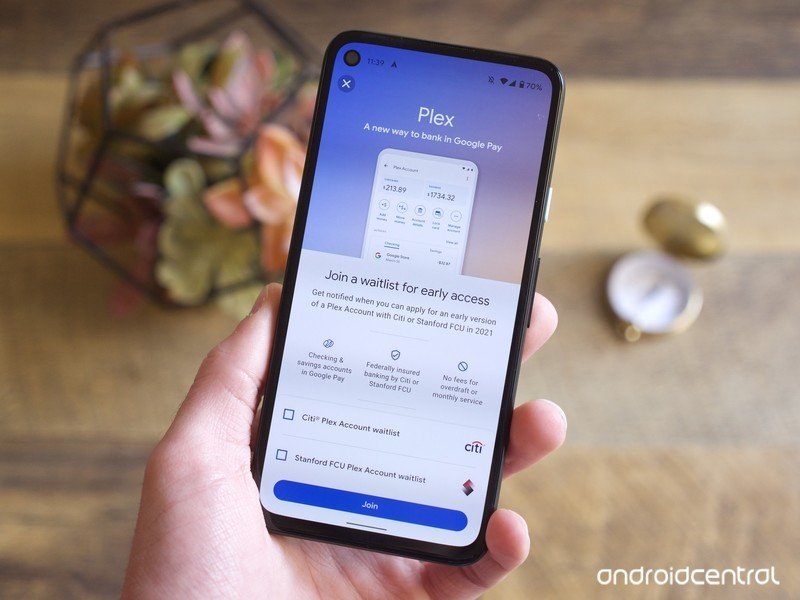 Ever since Apple debuted the Apple Card back in March 2019, all eyes have been on Google and how it would respond. A report from this past April suggested that the company was working on its own debit card, but things have been quiet since then. That is, until now.

Alongside its big Google Pay revamp unveiled on November 18, Google also took the wraps off of its upcoming “Plex” bank account. It’s present in the new Google Pay app with an option to join a waitlist for the feature, and while it’s not available quite yet, it offers a pretty good insight as to what we can expect.

Plex will be fully integrated into Google Pay with options for checking and savings accounts. You’ll be able to search through all of your transactions, create savings goals, and lock the included debit card that comes with the account at any time. The savings goal feature is perhaps the most interesting thing about Plex, with everything else being par for the course when it comes to modern banking apps. 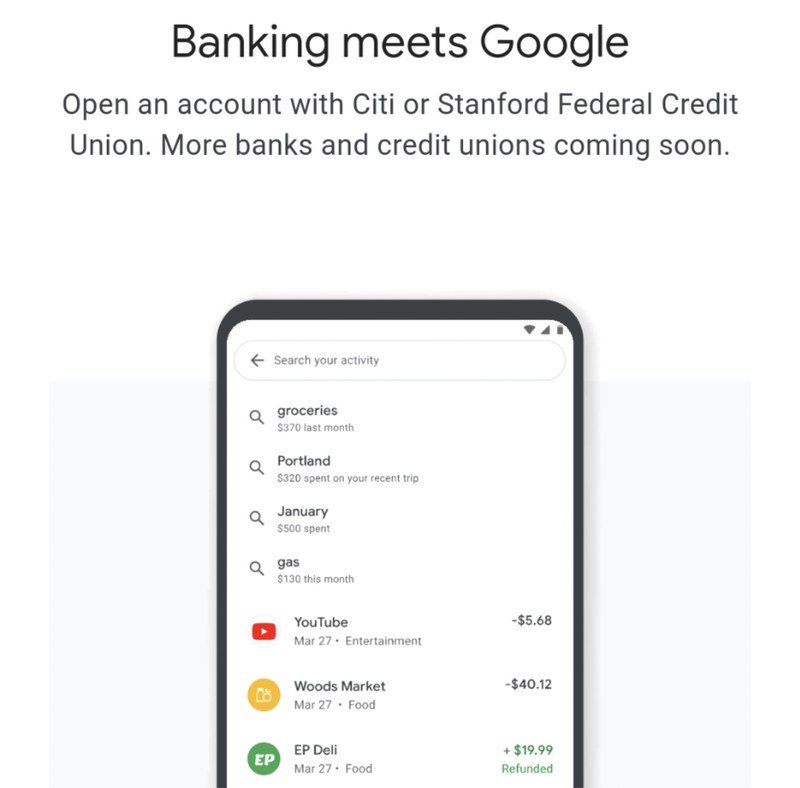 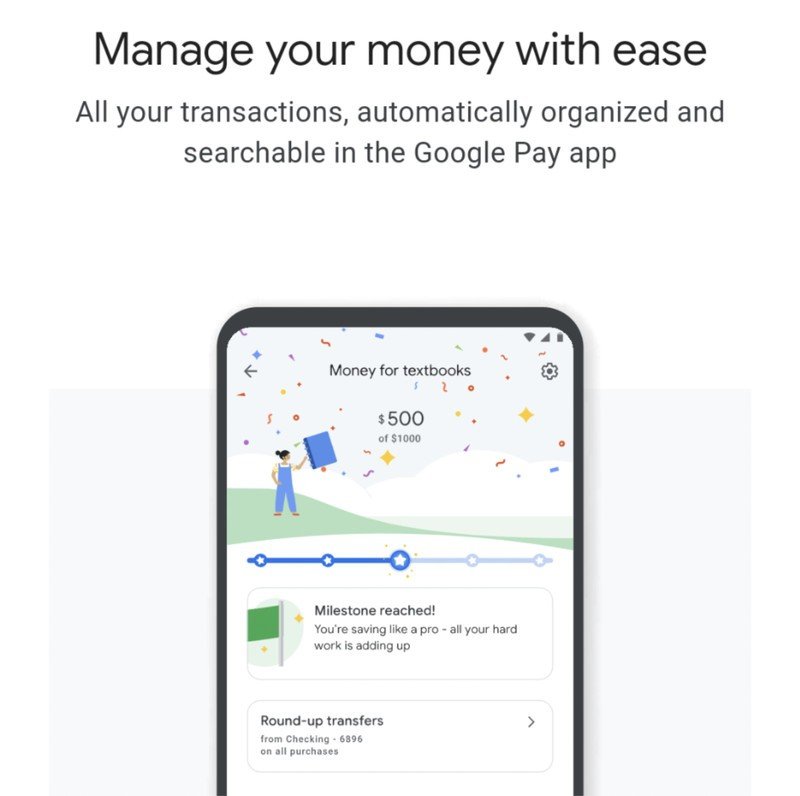 Similar to other fin-tech banking/cash management services, Google isn’t actually acting as a bank. Instead, it’s partnering with existing financial institutions that’ll support the back-end of Plex. Citi and Stanford Federal Credit Union are the two partners that’ll be available when Plex launches in 2021, with nine others confirmed to come at a later date. These include:

While not explicitly mentioned in the Google Pay app, it’s likely that the bank/credit union you choose will impact things like ATM access and interest rates. 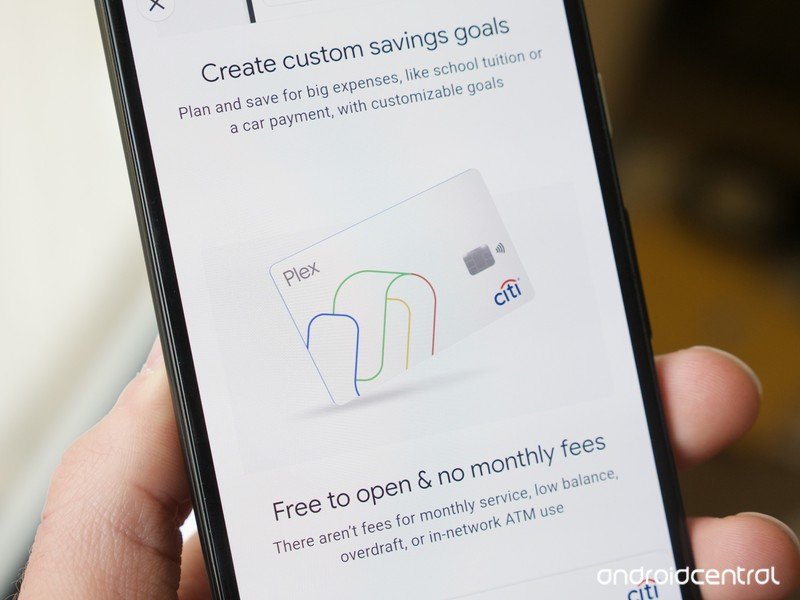 For heavy Google Pay users, the idea of having all of your banking handled through the app could be really appealing — especially with big names like Citi already on board. The big focus on staying on top of your money between Plex and the new Google Pay app is also great to see, because anything to help people have a better relationship with their money is always a positive. And, from what we’ve seen so far, Google’s created a clean, easy-to-navigate interface that should be enjoyable to use.

If you’re interested in joining Plex, you first need to download the new Google Pay app that’s in early access. Once that’s done, you can choose if you want to sign up for the Citi or Stanford FCU waitlist.