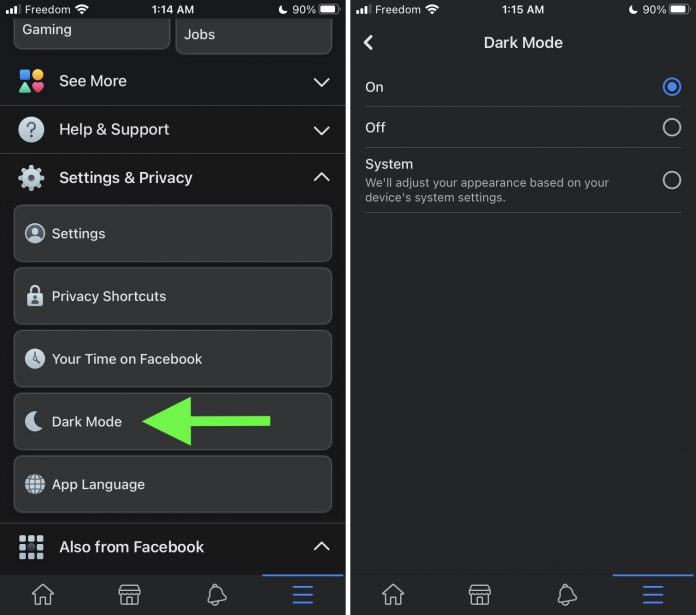 After months of delay and stop-start testing, Dark Mode for Facebook finally appears to be rolling out for iOS users globally, over 400 days since Apple first introduced the feature in iOS 13.

Evidence that Facebook has been working on a ‌Dark Mode‌ for its official app first surfaced in April, and by June a small percentage of users had access to the setting, which hinted that the company was gradually rolling out the feature for testing purposes.

However, propagation has been glacially slow ever since, and it’s only in the last couple of days that more and more users have contacted MacRumors to report that they’re seeing the option under Settings & Privacy within the app’s Menu tab.

Confirmation that ‌Dark Mode‌ is rolling out in earnest on iOS and Android came courtesy of app hacker Jane Manchun Wong, who made a video in collaboration with Facebook and shared it on Twitter.

You asked it, I chatted with Facebook’s @alexvoica about it and here’s a video made in collaboration with Facebook! pic.twitter.com/TGjdTXDxoP

‌Dark Mode‌ has been available on the social network’s website for a while now, and some of Facebook’s other apps, including Messenger and Instagram have long featured ‌‌Dark Mode‌‌, so it’s unclear why the company’s flagship app took longer to gain the feature.