HomeNewsEverything we expect from the Qualcomm Snapdragon 875
News

Everything we expect from the Qualcomm Snapdragon 875 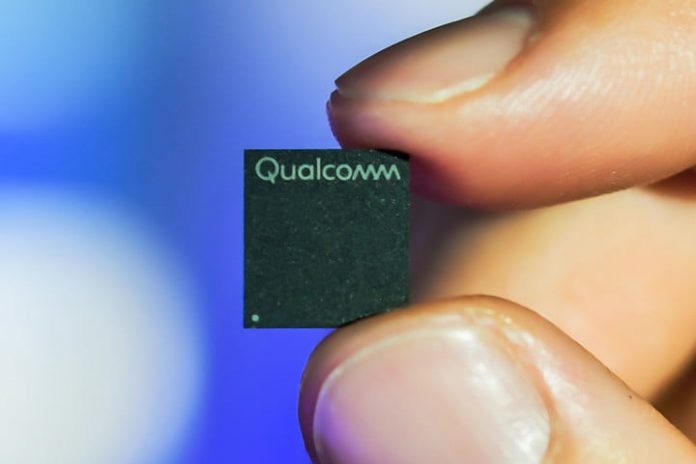 For the past few years, Qualcomm has unveiled its new flagship chip at its Snapdragon Summit in December. This year, the summit is all-digital — but that hasn’t changes the company’s plans to launch what we expect to be called the Qualcomm Snapdragon 875 on December 1.

The new chip is expected to be used in pretty much all premium flagship phones for 2021, including the next-generation Samsung Galaxy S21. Sure, the best-of-the-best Qualcomm chip has become a little less important given the strength of the Snapdragon 7-Series, which is found in the Google Pixel 5, Galaxy S20 FE, and plenty of other phones, but the fact remains that if you want the most powerful Android phone for 2021, it will include the Snapdragon 875.

We don’t yet know a ton about the new system on a chip, or SoC, but we can certainly speculate. Here’s everything we expect from the Qualcomm Snapdragon 875 processor.

It will be built on a 5nm process

Apple seems to have been one step ahead of the competition in chipset design for a number of years now, and it claimed the title of first company to release a consumer-ready 5nm chip with the A14, which is found in the iPhone 12 series. Now, it’s Qualcomm’s turn.

The Snapdragon 875 will almost certainly be built on the smaller process, meaning that Qualcomm can fit more transistors on a chip of the same size. That directly translates to better performance, as well as lower power consumption relative to performance. How much better has yet to be seen, but the A14 Bionic is around 20% faster than the A13 Bionic in CPU performance, so it’s likely we’ll see similar performance gains from the Snapdragon 875.

In the past few years, chipmakers have been moving away from simply improving on raw performance on their chipsets, and toward improvements in other areas that arguably make much more of an impact. Qualcomm is expected to continue that trend with the Snapdragon 875.

Notably, it’s almost a certainty that the company will continue to build on its Spectra image signal processor, or ISP, especially given the emphasis phone makers have placed on image processing over the past few years. This may come in the form of the ability to process higher -resolution video at higher frame rates, or improved features like better object recognition, depth mapping, and HDR processing.

The Snapdragon 865 was paired with its latest X55 5G modem, but it was actually separate from the main SoC, rather than being integrated, and that drove up both the cost and power drain of the system. It’s possible that will change with the Snapdragon 875, especially given the fact that the Snapdragon 765 has an integrated 5G modem. This will not only help lower the cost a little, but could also result in better energy efficiency and a smaller footprint.

Whether the chipset has a separate or integrated 5G modem, it will most likely be the newest Snapdragon X60 modem, as noted by Android Authority. That modem offers carrier aggregation for Sub-6 and mmWave 5G networks, the latest voice-over-5G features, and peak download speeds of a whopping 7.5Gbps.

Will there be a Snapdragon 875 Lite?

Some rumors indicate that Qualcomm will launch a lighter-weight version of the Snapdragon 875, which will be cheaper while still offering near-flagship performance, 5G support, and a smattering of top-end features.

We would actually be a little surprised to see this happen, though, because 700-Series Snapdragon chips have been very popular in several phones that were lauded for their great performance at affordable prices. Given the popularity of these devices despite their “cheaper” chipset, we would instead expect to see a new 7-Series chip to fill that gap, with the 800-series reserved for the true top-end.